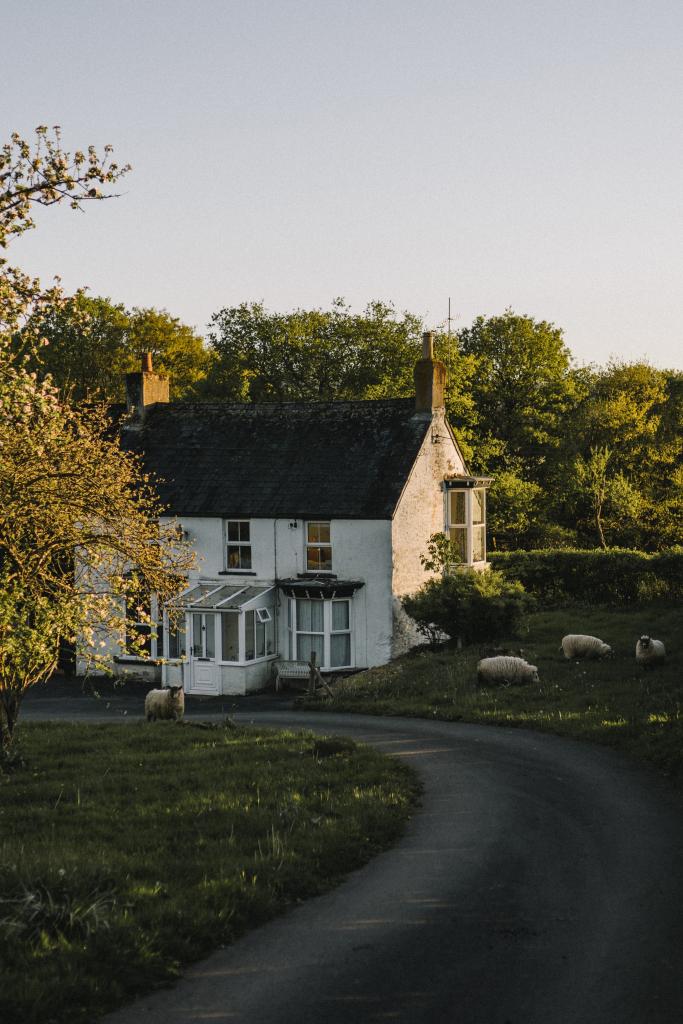 On a festive Sunday evening in what should have been spring (nearly sixty degrees at the zenith and sunny), as neighbors were crossing the road to feed apple cores to the cows, I left our house after dinner for a walk.

Our house is 150 years old. It needs work at all times. It’s made of orange clay brick with limey mortar, white gingerbread cutouts on the gables, and rotting soffits and sills. About a mile down the road is another house similar to ours, built in the same era, a former schoolhouse. I saw a lady there about my mother’s age mowing her lawn.

I’ve always wanted to talk to her, to tell her that I love her gardens and also to ask about her contractor. There are areas where her brick has been repaired, and in the back she recently put on a new addition, matched to the old with the utmost care.

She supplied me with references, then took me on a walk around the exterior of her house, pointing out areas where she’d stained the old brick to make it match. In the past handful of years, she’d lost her husband and her mother. She’d completed all the projects she’d hoped to complete, and was now unsure what to do with herself.

The inside of her house was an accumulation of late attic/early thrift furniture, lots of dusty velvet, oriental rugs, an assortment of strange little figurines, and dark wood moulding. All the external objects surrounding this woman from the brick house, to the Russian sage and hemlock in her garden, the way she did her hair and makeup (lip-gloss, blush, and a swipe of mascara on her upper lashes only) revealed that this is a person who likes all the things I like, and perhaps, is very much like me.

We talked for forty-five minutes before I thought to tell her my name. She told me hers as well. She expressed an interest in seeing some of the projects we have going on at our house, and we tentatively made plans to have coffee one morning, no date specified. I gave her my phone number.

She did not offer hers I noticed, and I wondered if she was pulling the “don’t call me—I’ll call you” maneuver I’ve used rather often myself. Even as I handed her my number, I felt an undercurrent of apprehension at the thought that she might actually call.

What if the relationship moves too quickly from casual acquaintance to a friendship with requirements?

I should not have worried. I haven’t heard from her, and even find myself taking a different route on my walks now, so as not to pass her house. Friendship, communion—all that matters among the living, really—takes a lot of time and effort.

I’d wager that one of the most overlooked reasons for the new virtual landscape of friendship, is just how much easier it is to have friends you never have to see, and how much dead time there is in a live personal interaction, aside from transportation costs.

One never goes wrong by urging others to spend more time in real life friendship. But I think we are manifesting something a little more primordial than a new love affair with efficiency. I want to say it’s something like Adam and Eve turning away from God in the garden. Something like the same fallen couple turning away from each other in their guilt. Everything was going so well there until it wasn’t. Virtual life can be appealing because few will be hurt if we are the first to look away.

And someone always does. Friendship usually progresses along a mostly foreseeable course, towards deeper and deeper intimacy until, for some reason or another, it either plateaus or begins to ebb. Someone moves away. There is a change in someone’s schedule. Intimacy takes maintenance, just as in a marriage.

I have experienced the cycle many times, and I think of each friend season fondly. Right now, I’m considering attending my twenty year college reunion. Where ten years ago, it was satisfying enough to find everyone on Facebook and get an idea of what they were doing, the curated gaze has ceased to deliver. I look forward to laying eyes on my old friends, hearing their voices, seeing the familiar ways their faces move when they speak without consciousness of being watched, having the awkward silence.

I think it’s safe, because they all live hundreds of miles away. 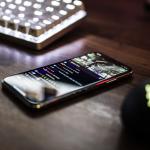 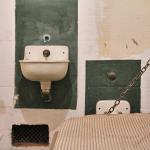 June 14, 2018 Monasticism in Lockdown America: Part 5, Holy Elders
Recent Comments
0 | Leave a Comment
Browse Our Archives
get the latest from
Catholic
Sign up for our newsletter
POPULAR AT PATHEOS Catholic
1

St. Mary Magdalene Was Not a...
Femina Ferox
Related posts from Good Letters