My Only Begotten Sin 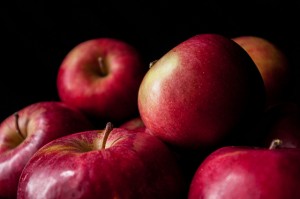 Because I remain restless and impatient even in middle age, I am often only halfway listening to important things spoken of in church. Therefore, I can mishear what the priest is saying, sometimes to comical effect.

Like Bart Simpson, “In the Garden of Eden” becomes “In-A-Gadda-Da-Vida.” I have heard “sex” for “sects” and “possums” for “apostles.” When I was a boy, for the longest time I thought “Agnus Dei” was the name of the woman up front who played the choir organ: “Agnes Day.”

There are no longer adults around who can yank my hair from behind when I’m inattentive, or who can stare me down with mortal looks that imply exactly what’s going to happen as soon as there are no witnesses about (I did not grow up in the era of timeouts and groundings, but in the era of sincere threats of swift and stinging justice).

The occasion of my latest negligent attention (such a common state should have a name: neglention, perhaps?) was the Old Testament reading in which God calls Abraham to sacrifice his son, Isaac.  As you remember, this was a test of Abraham’s love for God, a test that the patriarch passed. Ready to offer his beloved child’s life, he was spared from having to fulfill the act. God provided the scapegoat, whose horns were caught in a nearby thicket.

“But that scapegoat God provided was his own beloved, Our Lord,” the priest went on to say. “God underwent what he spared Abraham from suffering—the loss of his only begotten Son.”

Except, in my woolgathering, I heard “sin”—“only begotten sin.”

My brain corrected my ears, and I smiled at the humor of it all; me again, being me. Except my amusement fell away as the priest went on to preach about Lent. About how in this time of putting things to rights, we must free ourselves of all that makes us unworthy of the sacrifice. We, too, have things to give up, which in comparison is only right, considering the depth of what God himself surrendered.

Then the comparison hit all too close, and the ironies stung a little too sharply, as rude awakenings often do. For I have no son; none that God could spare me from giving. But I do have sin. I have plenty of sin. That I beget in legion. And in this, Abraham and I share something: I love what I am called upon to sacrifice. Like him, I have a hard time surrendering my begotten.

The way that sin is conceived, how it is fed and raised, fostered and looked after, is very familiar, even very familial. We dote upon that which we love, upon that which is—as parents often say of their children—“a part of me.” It is carefully maintained, even spoiled. Things are foregone in favor of it.

The lusts we’ve cultivated, the wraths we’ve nursed, the idols we’ve bred and reared from the time they were small, until the point that they are large and hearty and even taller than we. Ah, yes, the fruit of our loins, the yield that has sprouted from our tender care and husbandry. How hale and fit they are, how much pleasure they give. Who could ask that they be placed upon a pyre, have a blade set against their throats?

I think of Julia Flyte in Waugh’s Brideshead Revisted. A wild girl, she returns to her aristocratic Catholic family not only divorced from a divorcee, but fresh from a miscarriage. Living openly with the still-married Charles Ryder, she’s confronted by her stodgy, but nevertheless correct, older brother about the adulterous state in which she’s been languishing. Shocked, angered, she’s still too honest to admit anything less than the truth:

Living in sin; not just doing wrong, knowing it is wrong, stopping doing it, forgetting…. [But] living in sin, with sin, by sin, for sin, every hour, every day, year in, year out. Waking up with sin in the morning, seeing the curtains drawn on sin, bathing it, dressing it, clipping diamonds to it, feeding it, showing it round, giving it a good time, putting it to sleep at night with a tablet…if it’s fretful.

Always the same, like an idiot child carefully nursed, guarded for the world. “Poor Julia,” they say, “she can’t go out. She’s got to take care of her little sin. A pity it ever lived,” they say, “but it’s so strong. Children like that always are. Julia’s so good to her little, mad sin.”

The immensity of her devastation confounds Ryder, who can’t believe, considering how she’s lived, that something so old—in his opinion, no more than a “pre-conditioning” from her childhood—can trouble her as it has.

Her greatest pain is that she cannot relinquish the sin she has given birth to, even though it is “nameless and dead,” like the miscarried baby taken away before she even got a chance to see her.

How tightly we hold to these offspring; how rarely we can release them; how warmly we return to them when we’ve been away. We keep them about the house although they’ve long outgrown it. Like fond parents, we smother them even as they smother us.

And at such times, I know how truly far away the kingdom is, and how far I am from the sacrifice that I claim to be the ordering principle of my life. While the light of the transfiguration is shining, I hang back in the dusk of that old garden. There I languish, with the progeny of Cains that run through my blood—that issue from it. I bounce them on my knee, as all the while I pick apple after apple after apple, at their urging, for their pleasing.

Image above credited to Samantha Forsberg, used under a Creative Commons license.

March 19, 2015
The Bible, Science, and Higher Education
Next Post