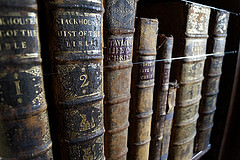 In my Catholic faith, Easter lasts for seven weeks, until Pentecost; so I’m not too late with this little Easter offering. This year for Easter, instead of hunting for colored eggs, I hunted through my book The Poets’ Jesus for some of the many ways that poets have seen Jesus over the centuries. I found hundreds; but here, lined up chronologically in their carton, are a key dozen.

As indeed He sucked Mary’s milk
He has given suck—life to the universe.
As again He dwelt in His mother’s womb
in His womb dwells all creation.

This eye-opener comes from fourth century Syrian poet Ephrem, for whom the Incarnation marvelously turned everything in the universe upside down—here, imaging Jesus as mother.

Dante, a millennium later, also sees Jesus as core of all meaning, but now All Meaning is writ large on the grand backdrop of the medieval cosmos. Reaching heaven in the Divine Comedy, Dante is dazzled by the vision of Christ as a Cross of blazing light stretching out like a cosmic tree:

From arm to arm, from root to crown of that tree,
bright lamps were moving, crossing and rejoining.
And when they met they glowed more brilliantly.

These scurrying lamps are holy souls, blissfully skipping eternally along the arms of cosmic Love.

Reacting to this distant Cosmic Christ, a late-medieval devotional movement brought Jesus down to earth. People longed to get close to his humanity, particularly his suffering on the Cross for their sins. Poets pictured themselves at his bleeding body, weeping with Mary, as in the era’s popular Stabat Mater:

Holy Mother! pierce me through:
In my heart each wound renew
Of my Savior crucified.

Upon my flowering breast
which he and no other could ever share
he slept at rest
as I caressed him there.

This poet is quite close to Jesus, too. They are lovers, in fact—or in metaphor. It’s the sixteenth century Spaniard John of the Cross in “The Dark Night,” the most famous mystical musing on Jesus as Bridegroom.

Was Jesus Humble? or did he
Give any proofs of Humility?
…He acts with triumphant, honest pride,
And this is the Reason Jesus died.

Here is the Romantic poets’ Jesus: grandly contemptuous of restrictive social norms, scoffing at humility as the groveling of weaklings—indeed, cast in the mold of the supremely self-confident Romantic poet himself (Blake here, but it could be Whitman or Goethe).

Before long, though, the poets’ Jesus fell into despair. The cause?—the crisis of religious faith near the nineteenth century’s end. Poets put into Jesus’ mouth their era’s dismayed conviction that, as Nietzsche charged, God was dead. Rilke, in “The Olive Garden,” has a disillusioned Jesus hurl accusations at the Father whose very existence he doubts:

The twentieth century was a traumatic time for Christian belief. In the West, agnosticism reigned; elsewhere, peoples subject to Western imperialism grew antagonistic toward all things Western, including Christianity. Under these circumstances, poets might have stopped looking at Jesus altogether. But they didn’t. As the central figure in the world’s best-known religious narrative, Jesus continued to draw poets’ attention.

Welsh poet R.S. Thomas saw Jesus as image of God’s elusiveness. In “Via Negativa,” he enlarges to cosmic scale the biblical image of Doubting Thomas touching the wound in the risen Christ’s side, then places us in the scene:

We put our hands in
His side hoping to find
It warm. We look at people
and places as though he had looked
At them, too; but miss the reflection.

It’s the Cosmic Christ again, but an image now not of Dante’s glorious light but of shadow and absence.

They spit on Your black face,
Lord, our friend, our comrade.

Arab poets resisting oppressive regimes in the 1950s looked to Jesus as a death/resurrection archetype. Muslim Iraqi Badr Shakir al-Sayyab’s “The Messiah after the Crucifixion” imagines Christ speaking from the tomb

Through this buried Jesus, the “underground” poet voices his subversive hopes for his people’s resurrection.

For us Westerners, an unlikely image of Jesus. But not for Ku Sang, a Korean Christian surrounded by Asia’s Buddhist heritage, with its compassion for all suffering. In this cow dragged up a mountainside, an image of cruel humiliation, the poet sees the face of Jesus on his via crucis.

Contemporary Western Christian poets see Jesus in unlikely ways, too. That’s their point: that he pops up in unexpected guises—like the film comedian in Kathleen Norris’ “Luke 14: A Commentary”:

He is there, like Clouseau,
at the odd moment,
just right: when he climbs
out of the fish pond
into which he has spectacularly
fallen, and says condescendingly
to his hosts:…
“I fail
where others succeed.”

He took on flesh and then he took it off,
Or else he kept it for a souvenir,
Or else—but why keep going back and forth?
He dwelt among us, then he disappeared.
And we are left to be and keep on being,
Like everything around a central meaning.

Around the central meaning poets continue circling, seeing Jesus through the eyes of their era and their own creative imaginations.

Photo above is credited to Swift Photography Company and used under a Creative Commons license.

April 16, 2015
Make It Old: A Wedding Anniversary Epithalamion
Next Post

April 20, 2015 My Mother, My Daughter, Myself
Recent Comments
0 | Leave a Comment
"Ah, so now the imaginary War on Xmas is transmogrified into The War on Santa, ..."
David Miller How to Win the War on ..."
""Aural" refers to hearing, "visual" to seeing"
merphd The Gutenberg Imagination
""It doesn’t matter when you start the Sinatra Christmas playlist or put up your tree. ..."
C_Alan_Nault How to Win the War on ..."
"Yup."
Max Marvel Finding My Inner Calamity Jane
Browse Our Archives
get the latest from
Catholic
Sign up for our newsletter
POPULAR AT PATHEOS Catholic
1