What Will Pass for Mercy

What Will Pass for Mercy April 21, 2015 Guest Contributor 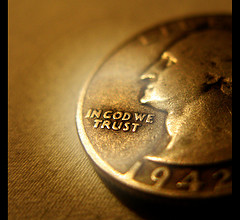 “Do not say God is just. Justice has not been evident in God’s dealings with you.” —Isaac of Syria

Among the habits I’ve lately tried living without are reading online comment boxes (Good Letters being an exception) and making predictions. I bypass comments because I encounter enough wrath, ridicule, and unreason without wallowing in still more online. As for prophecy, my ability to predict the future isn’t what it used to be.

Parents routinely ask me, a pediatrician, what’s in store for their children. I offer probabilities and guesses. Harder still to predict “the fate of the nation.” I don’t know where the United States, with an armada of oncoming problems and a conspicuous dearth of creative proposals in response, is heading.

Maybe it’s just a passing foul mood, a temporary crisis of confidence, but decline—perhaps precipitous—in America’s global economic and political influence seems likely. Who knows what shape that may take?

I leave it to academics, technocrats and politicians to identify causes, propose solutions, and assign blame, respectively. I’m more interested in how Americans, particularly those calling themselves Christian, might respond to involuntary limits, diminished expectations, and smaller horizons.

Badly, I fear—however delighted I’d be if proven wrong.

The church is a mess, to be sure, obsessively straining at gnats while swallowing camels. Christians produce slogans, manifestos, and mission statements enough to inspire a dozen worlds with messages running the gamut from spineless sentimentality to brutal moralism. If verbiage is the one needful thing, we’re set.

But traditional Christian formation includes schooling in certain practices—prayer, fasting, almsgiving, hospitality, and so forth—not for the goods they bring, but because they are good in themselves, forming and reforming us by doing them over and again.

Perhaps it was always a minority who assumed these challenges, but I fear the mass of American Christians now lead lives of loud consumption. When formative habits and the rich practical wisdom accompanying them are lost, how are they recovered? If consumer goods suddenly grow scarce, for example, how will once-rich Christians relearn the practice of hospitality?

And what of mercy, that unseemly virtue whose name appears more conspicuously in the New Testament than sexual morality and freedom, thereby eliciting jeers from the right, or justice and the poor, prompting catcalls from the left? In an era that celebrates snark, Schadenfreude, and online rage, what will school a forgetful people in mercy’s covenantal empathy, identifying with fellow suffering not by acknowledging “There but for the grace of God go I,” but rather, “There by the grace of God go I”?

Just who is that fellow sufferer? The illegal immigrant or the border vigilante? The pregnant teen or the clinic protestor? On which side of my burning social concerns will I recognize human pain? Who merits mercy? Who is lost? What shape will mercy take?

In Deuteronomy 8, Moses warns those about to cross the Jordan into “the good land,” not to forget the God who led them there, not to imagine they deserve their blessings. As theologian Walter Brueggemann notes, “Israel does not have many resources with which to resist temptation. Their chief one is memory.”

On the cusp of the Promised Land, the people of Israel must remember their suffering in Egypt, their miraculous and unmerited emancipation, and God’s many wilderness mercies. Centuries later, Jesus extends this practice to its divinely illogical conclusion, telling his followers, “Blessed are the merciful” and “Love your enemies; pray for those who persecute you.”

Mercy has at least three moving parts: memory of our origins and troubles, understanding of our many undeserved graces, and willingness to respond with kindness. Maybe that’s why we find mercy so unattractive in a forgetful, uncertain age. How much more satisfying to even the score as prosecutor, judge, and executioner?

But there, once again, by the grace of God, go I.

What form might mercy take when I need it? What if mercy were a river? singer-songwriter Jan Krist asks. Would it rise up and swallow us? / But instead we spend our mercy like we’ve got too many debts / And we are brutally unkind with no visible regret.

I’m not naïve; there are arguments worth having. The exacting practice of peace demands habits of publicly aired disagreement, not forcibly imposed pseudo-agreement. How terribly rare, though. Sings Joe Henry, What will pass for mercy now / We practice unforgivingly / As if might and will make right / Or either one will make us free.

But real hope lurks in involuntary limits and diminished horizons. Depending on our response, crushed dreams can nurse rage and resentment or serve as the school of mercy. Loss, like fasting, can simultaneously discipline the flesh and open the heart to the work that is truly God’s.

In W. H. Auden’s The Sea and the Mirror, an acting company reflects on a just-concluded and comically disastrous performance of Shakespeare’s The Tempest. Caliban addresses the audience in a long prose poem, recounting how nothing has turned out right, their artistic efforts leaving the audience dissatisfied and the actors embarrassed.

Yet, at this very moment when we do at last see ourselves as we are…our shame, our fear, our incorrigible staginess, all wish and no resolve, are still, and more intensely than ever, all we have: only now it is not in spite of them but with them that we are blessed by that Wholly Other Life…so that all our meanings are reversed, and it is precisely in its negative image of Judgment that we can positively envisage Mercy; it is just here, among the ruins and the bones, that we may rejoice in the perfected Work which is not ours.

I hope, when the time comes, we do as well.

Brian Volck is Assistant Professor of Pediatrics in the Division of Hospital Medicine at Cincinnati Children’s Hospital Medical Center. Brian received his undergraduate degree in English Literature from Washington University in St. Louis and his MFA in Creative Writing from Seattle Pacific University. His first collection of poetry, Flesh Becomes Word, was released in October, 2013. He is coauthor of Reclaiming the Body: Christians and the Faithful Use of Modern Medicine and contributed essays to Wendell Berry and Religion: Heaven’s Earthly Life and The Spirit of Food: Thirty-four Writers on Feasting and Fasting toward God. His essays, poetry, and reviews have appeared America, The Christian Century, DoubleTake, and IMAGE.

Photo above is credited to Scott Hudson and used under a Creative Commons license.

April 22, 2015 For the Love of Money
Recent Comments
0 | Leave a Comment
"Ah, so now the imaginary War on Xmas is transmogrified into The War on Santa, ..."
David Miller How to Win the War on ..."
""Aural" refers to hearing, "visual" to seeing"
merphd The Gutenberg Imagination
""It doesn’t matter when you start the Sinatra Christmas playlist or put up your tree. ..."
C_Alan_Nault How to Win the War on ..."
"Yup."
Max Marvel Finding My Inner Calamity Jane
Browse Our Archives
get the latest from
Catholic
Sign up for our newsletter
POPULAR AT PATHEOS Catholic
1