A Boy, a Wren, and the Kingdom 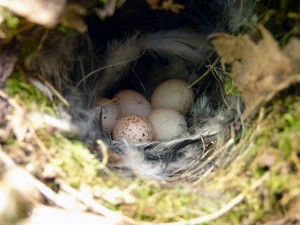 The little boy moves amongst his creation in the sand: a montage drawn with a stick, with fingers, with his heel dragged before him as he hobbles backwards. Amidst its various pictures are small mosaics of driftwood and shell, all of it held together by whatever artistic vision fires the imagination of a seven-year-old. He stands slick-bellied in afternoon light streaming through gathered clouds to strike the gunmetal sea. The boy is oblivious to the light, to the sea, to the beachcombers who must adopt increasingly expansive detours to avoid his creation.

The boy stands hands-on-hips, head turned sideways now, trying to assay what’s missing. The boy is single-minded in a manner that is rare among children these days, so successfully have we embedded them in digital distraction. There are no televisions here, no hand-sized rectangles that bind wrists and haul necks downward as effectively as any manacle. Only the sand and the sea and what the sea has cast upon the sand. The boy is free to be single-minded about something, and he is still able. He stoops, he gouges a circle in the sand, and within this a smaller circle, and so on.

A group walks through the middle of his creation, which has become too large to avoid. A wave erases its eastern edge. The boy labors, shoulders hunched, mind absorbed by the infinite symmetry of circles within circles. He does not see what the world and its people are doing to his creation. Not that it would stop him. He is captured by whatever vision entrances a slick-bellied, single-minded boy by the sea.

That was a summer ago, and now I am on a ladder, raking my gloved hand through a gutter that has become a mosquito sex den. I drop dirt clods, seedlings, and fetid clumps of leaves into the flowerbeds below. It’s probably better than store-bought mulch, I convince myself, because there’s no way in hell I’m cleaning up that mess.

Mosquitoes swarm my arms slathered in gutter muck. I must smell to them like home. They light two and three at a time, and I smash them against my arm while trying not to topple from the ladder.

In the crook of a downspout, a broken-necked house wren lies atop her nest. I lift her body to find the eggs she tried to protect. They’ve been punctured, most likely by squirrels, who like to lick out the insides. The mama’s beak is blood-crusted. Maybe, I think, she gave as good as she got. But there’s no dead squirrel lying about. He’s likely comfortable in his nest high up a nearby pin oak, full-bellied and sleeping. The mama wren drew blood, but all she got for her trouble was a wrung neck.

One egg remains whole. I cup it in my glove and descend the ladder. My younger two sons congregate and we consider the small cream-colored egg, ringed at its fatter end by dozens of brown specks. Inside something dark nestles, unmoving. Held up to sunlight it is an almost luminous entity, its ring of specks like an asteroid belt.

“Can we save it?” asks one of the boys. We consider the necessities. Can we keep it warm, somehow? Will it hatch, and if it does, how do we care for a baby wren?

But this egg is cold, has been cold for too long. The small and formless creature inside is as dead as his mother. The boys and I bury the wren in a flower garden. We tuck the egg beside her. The nest I leave where it is—maybe some other mother will have better luck. Or maybe the squirrel will grow fat that way, preying on house wrens who haven’t the good sense to fly the nest when larger beasts come for their young.

I recall that boy on the sand, patiently extending his creation even as people and the sea ground it under foot and wave. That boy, this mama wren, both of them vulnerable to forces beyond their capacity to resist, forces that would make a rational man give in. They are single-minded, that boy, this bird.

“The one who doubts,” writes the apostle James, “is like the surf of the sea, driven and tossed by the wind. For that man ought not to expect that he will receive anything from the Lord, being a double-minded man, unstable in all his ways.”

“The soul will follow the body,” is how Fr. Stephen Freeman summarizes a point made by the Christian monk Evagrius in the fourth century A.D. Do what is right, and your resistant soul will learn. This formulation turns the tables on what I’ve practiced most of my life, which is doing right when I feel like being a good person, or because I’ll get in trouble if I don’t, or because I’ll feel bad if I don’t, or because I like stepping outside myself to survey the good works of Saint Tony.

None of which is a recipe for single-mindedness. For creating in obscurity. For sticking to the nest. Carrots and sticks and self-image will drive you only so far.

I recall the face of that boy, treading landward through the sand, finished—or perhaps just exhausted, because for artists and little boys there is often no difference between the two. There was satisfaction in his face. Completion. He turned to survey his work, some of it striking, some of it trampled, all of it doomed to be swept away before sunrise. That didn’t seem to bother him, because his joy was in the doing. The kingdom of heaven belongs to such as these, we’re told. And little wonder, for they are the only ones who can speak its language. 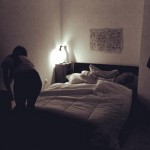 The Canary in the Coalmine: The IRF Summit...
This past Wednesday, the 3rd annual International Religious Freedom Summit in Washington...