The Fear of God, Texas-Style 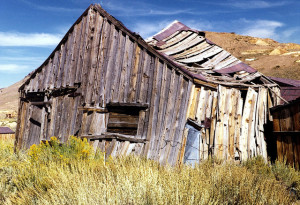 Recently, I found myself in Texas. Driving mostly. Stopping here and there to eat, put more gas in the automobile, urinate.

When you step out of an air-conditioned car in the middle of West Texas you aren’t just making a transition from inside the car to outside. You are stepping into a new atmosphere, like a spaceman emerging from a capsule onto the moon.

Air, when it gets hot enough, has a flavor. It has a smell and a taste. It is metallic on the tongue, like aluminum. Hot aluminum.

Perhaps it was just being in the dead lands of West Texas in early August, with daily highs that never dipped below three digits, but those of us in the car started to think about hell. Hell, the shittiness of the world, and the existence of the state of Texas.

This was a conversation among friends, friends with no great love for the bleaker side of Texas. There was a great deal of laughter. You must laugh, passing through the emptiness, the forgotten towns, and the vast oil fields with their thousands of tubes shooting out flames that burn off the excess natural gas.

One night, a storm came from across the plain. We could see it coming for what seemed hundreds of miles.

The rain started coming down so hard it mattered not whether the wipers were on or off. The rain wasn’t falling but being thrown. The lightning was coming so fast that the sky was fire. And the ground was fire.

There are no towns for hundreds of miles in West Texas. When you do pass a town, it is cold, and hard, and beaten down. The town says with every fiber of its being: There is no solace to be found here. Move on; go away.

It’s like a scene from one of Robert Frank’s early photographs. America as a place where experience gets stretched out so thin it threatens to break, so thin you can practically touch the alienation percolating on the surface, exposed for everyone to see.

Suddenly, one of our car companions said something. She said, “But we don’t know these people. We don’t know what their experience is really like, or why God put them in Texas.”

It is not natural for me to think of God in this way. My God tends to be the God of Pascal more than the God of benevolent interventions. All you need to know about Pascal’s God is the title of the great Polish philosopher Leszek Kolakowski’s book on Pascal. The title of that book is God Owes Us Nothing.

Here is the final sentence: “All [Pascal’s] protestations about the happiness of those who ‘have found God’ notwithstanding, it was a religion for unhappy people and it was designed to make them more unhappy.” This sentence indicts me more fully than I generally like to be indicted.

Pushing through from West Texas finally into Austin, I watched the happy people roaming the streets and passing in and out of the sophisticated dining and drinking establishments. I watched the young people, being young, trying to suppress the thought that they will die, that they are almost already dead.

I could drown in that thought, get lost in it, just as I could imagine myself getting lost wandering the dead lands of Texas, like the Harry Dean Stanton character in Wim Wender’s Paris, Texas, who became one with the dust when his soul was pulverized by the unforgiving nature of God’s sovereignty.

One more quote from Leszek Kolakowski. A lifesaver of sorts to those about to drown:

God’s unlimited sovereignty does not run counter to his being the God of love. On the contrary, since the New Covenant abrogated Judaic law we, as Christians, are under grace. This means that we must trust our Father and not bargain with him, not demand our due from him, not impudently make him accountable before a human court, not try to outsmart him.

The above royalty free image is attributed to Don Graham on Flickr.