Save the Economy: Read the Classics 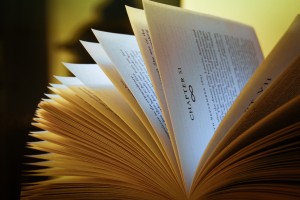 I was reading Pope Francis’s encyclical Laudato Si when I began an article called “What is Wrong with the West’s Economies?” Published in the August 13, 2015 issue of The New York Review of Books, the article is by Edmund Phelps, 2006 Nobel Laureate in Economics, Director of Columbia’s Center on Capitalism and Society, and author of Mass Flourishing.

What surprised me was that sometimes I couldn’t tell which work I was reading.

“Many people have long felt the desire to do something with their lives besides consuming goods and having leisure. They desire to participate in a community in which they can interact and develop.”

“We were created with a vocation to work. The goal should not be that technological progress increasingly replace human work, for this would be detrimental to humanity. Work is a necessity, part of the meaning of life on this earth, a path to growth, human development and personal fulfillment.”

The first quote above is Phelps’s; the second is the pope’s. But Phelps also talks at length about “human growth and personal fulfillment.” His brief is that there’s a fundamental flaw in the West’s standard economic paradigm, which is a mechanical model where an economy’s success is measured by terms like “efficiency” and “productivity.”

What has been lost by following this paradigm is the concept of “good”: an economy whose goal is to offer “a good life” for each person. “The good life,” Phelps elaborates, “involves using one’s imagination, exercising one’s creativity, taking fascinating journeys into the unknown, and acting on the world—an experience I call ‘flourishing.'”

“We need to remember,” the Pope likewise elaborates, “that men and women have the capacity to improve their lot, to further their moral growth and to develop their spiritual endowments. Work should be the setting for this rich personal growth, where many aspects of life enter into play: creativity, planning for the future, developing our talents, living out our values, relating to others, giving glory to God.”

The two men go in slightly different (though not at all conflicting) directions from here, issuing different though complementary imperatives. Pope Francis moves into the core theme of his encyclical: that, to save the earth, which is our common home, we must “replace consumption with sacrifice, greed with generosity, wastefulness with a spirit of sharing.”

Phelps moves into what we must do to make creativity, and hence human flourishing, the goal of our economies. His argument is more nuanced than I can do justice to in this short space. But he ends up here: our young people have been deprived of adventurousness by the combination of huge corporations coopting creative innovation for themselves, and our educational system’s emphasis on STEM subjects (science, technology engineering, and math).

“The problem is that young people are not taught to see the economy as a place where participants may imagine new things,” writes Phelps. So it’s “essential that high schools and colleges expose students to the human values expressed in the masterpieces of Western literature, so that young people will want to seek economies offering imaginative and creative careers.

Phelps’s essay ends here; but the former literature professor in me could hardly stop at this point. I had to play with a list of the Western literary classics I’d assign if I were still teaching. Classics that explore the best of human values. Here’s what I came up with:

The Odyssey for its values of hospitality and loyalty.

The Divine Comedy for its vision of how each of our flaws and virtues is interconnected within a cosmic order that rewards and punishes.

Shakespeare’s plays for how human freedom necessarily struggles to find its place within a cosmic order.

Jane Austen’s novels for their prime value of sensitivity to others.

Keats’s “Ode on a Grecian Urn” for the difficulty of reconciling our desire for artistic beauty with our awareness of transience.

Whitman’s “Song of Myself” for its radical egalitarianism (“Every atom belonging to me as good belongs to you”).

Madame Bovary for how we can be victimized by cultural stereotypes (in this case, of women’s place) as well as by our own romantic delusions.

War and Peace for the contrast between the lack of freedom of so-called “great” figures of history and the genuine freedom of ordinary people to act and make moral choices.

The Brothers Karamazov for exploring the ironically close relation between religious faith and its absence.

Huck Finn for the centrality of role-playing in our lives; also on how individual conscience can trump social ideology (“All right, then, I’ll go to hell.”).

Joyce’s Ulysses and Woolf’s To the Lighthouse for their celebration of private consciousness.

T.S. Eliot’s poetry: The Waste Land for a vision of a world without meaning or values; Four Quartets for a vision of each experienced moment as shot through with transcendence.

Okay, dear reader, what classics have I shamefully omitted?

Peggy Rosenthal is director of Poetry Retreats and writes widely on poetry as a spiritual resource. Her books include Praying through Poetry: Hope for Violent Times(Franciscan Media), and The Poets’ Jesus (Oxford). See Amazon for full list. She also teaches an online course, “Poetry as a Spiritual Practice,” through Image’s Glen Online program.

September 30, 2015 Beauty Will Save the Seventh Grade
Recent Comments
0 | Leave a Comment
"Ah, so now the imaginary War on Xmas is transmogrified into The War on Santa, ..."
David Miller How to Win the War on ..."
""Aural" refers to hearing, "visual" to seeing"
merphd The Gutenberg Imagination
""It doesn’t matter when you start the Sinatra Christmas playlist or put up your tree. ..."
C_Alan_Nault How to Win the War on ..."
"Yup."
Max Marvel Finding My Inner Calamity Jane
Browse Our Archives
Related posts from Good Letters