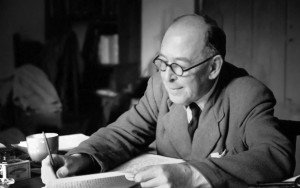 I first encountered C.S. Lewis in Mere Christianity, then quickly consumed The Screwtape Letters, The Great Divorce, and The Abolition of Man before feeling like we’d hit a good place in our relationship.

I tend to be cautious like that with authors. I don’t want to lose the (perhaps childish) affection that first obsessed me.

That’s why I’ve never read all of the Narnia Chronicles. I know they are like the Children’s Bible for some, but after three volumes I lost momentum, so I quit while The Abolition of Man was still fresh in my mind.

Yet on a whim, recently, I began reading Out of the Silent Planet. I thought I was prepared for either pleasant surprise or disappointment. Maybe I wasn’t.

Silent Planet is not great storytelling. Lewis hardly establishes his character, Ransom, before he’s kidnapped by an old schoolmate and a scientist and they’re off on a spaceship to Mars. The plot is episodic rather than thematic. Ransom wants to survive, and eventually he wants to thwart his fellow humans’ imperialistic aims, but ultimately the story depends for its interest on the novelty of the events and the world Lewis creates.

I powered through, unwilling to give up on my author. There were imaginative descriptions of an alien landscape, yes, but little drama happening within them. I could discern a grander spiritual scheme, hints of Lewis the Apologist, the Lewis I first loved, but often in disappointingly artificial ways.

Perelandra began more promisingly, with the device of Lewis himself as the frame narrator, but the mechanical artifice quickly returned. Ransom is sent to Venus for some reason in a flying coffin, and after wandering around on that floating world, there was just lots of talking before and after the rather dragged-out climax.

Both books are short, yet I found myself frequently flipping ahead to see how much was left. Almost unimaginably, C.S. Lewis was beginning to bore me. The magic was fading.

I knew Lewis’s human weaknesses, but those I’d learned only to add them to the reasons I respected his character and mind. These books betrayed aesthetic weaknesses, the kind that dragged him down from his pedestal in my hall of heroes. My image of him was melting; I needed to refashion it in some acceptable way.

On the other end of a hero’s fall is a turning back to reality. Sadder and wiser, perhaps, but also freer, more independent.

In the shadow of the hero is a false security. The fallen hero appears beside us, a frail human like us, somehow making beauty or nobility or peace out of the blood and dust they’re given. We become free to love what is loveable, hate what merits hatred, and show grace for what is forgivable.

Granted, there’s no great merit in showing grace to Lewis. For all the faults of these novels, it isn’t hard to find moments where the Apologist, conforming his mind to the genre, pushes his imagination into strange convolutions that, eventually, point to a wondrous cosmic order.

Which is to say that, at the end of the day, Lewis does achieve one of the great virtues of sci-fi: he challenges us to think to the ends of thought and leap with our imaginations to the conception of a reality beyond our habitual assumptions.

The silent planet of the first volume, for instance, turns out to be Earth as seen by other minds in the cosmos. Because of the influence of the “Bent One,” Earth is the only planet in the heavens that does not commune with the rest of creation.

The inhabitants of Malacandra (Mars) live not without dangers or suffering but in much more harmony and equanimity than we humans do on Earth, largely because they accept their various roles within a drama they do not insist upon writing themselves.

Lewis, here, is attempting no less than an updating of Dante’s Commedia for the modern, Copernican universe. Earth is no longer the center, but there is nonetheless an order that reflects divine purpose.

In Perelandra, Lewis offers his versions of the books of Genesis and Revelations. Perelandra is a young, Edenic world, with its own Adam and Eve, named Tor and Tinidril, and its own singular prohibition. It turns out Ransom was brought there to prevent an analogous Fall in this new creation.

Tinidril knows neither shame nor envy nor lust, though she has her own kind of modesty and curiosity and desire. She is content to partake of what comes and doesn’t yearn for more than she needs. Interestingly, Ransom cannot prevent her learning of evil, yet this does not in itself spoil her innocence.

[Spoiler alert] After Ransom at last eliminates the threat, Lewis offers us a hymnic vision of what an unfallen world might look like. Tor and Tinidril are called “Oyarsa,” a word like “Lord,” echoing how Dante is called lord of himself when he summits Mount Purgatory.

In a kind of ecstasy, Ransom, Tor, Tinidril, and the angels of Mars and Venus proclaim the glory and wisdom of Maleldil, the Almighty, and in these final pages we see how Lewis has created a spiritual discourse pointing beyond itself to mystery.

It’s convincing, it’s meaty, and it’s attractive. And, for all I didn’t care for in the preceding narrative, none of it quite works without that narrative as imaginative prelude.

These novels make me see Lewis as Tolkien’s friend wanting to write something as epic as Lord of the Rings would become decades later. Lewis the dreamer, who remembered wanting to be a poet in his youth.

I’ve matured, I guess, in my view of Lewis. He’s now an earnest, less-than-magical character, more Samwise Gamgee than Gandalf the Grey. But for all that, I take these books as gifts.

They still stretched me. They took me to strange worlds that, somehow, even magically, perhaps, made faith in this world seem more possible. The Platonic angel is duly chastened, and I’m drawing closer to abundant life for having read them.

Image above is used with permission under a Creative Commons license. 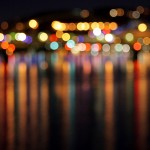 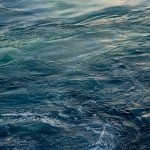 July 15, 2016 Poetry Friday: "I Am Poured Out Like Water"
Recent Comments
0 | Leave a Comment
""It doesn’t matter when you start the Sinatra Christmas playlist or put up your tree. ..."
C_Alan_Nault How to Win the War on ..."
"Yup."
Max Marvel Finding My Inner Calamity Jane
"I an confused by the use of "aural" here: "In The Gutenberg Galaxy, he explained ..."
William G II The Gutenberg Imagination
"My friend is looking for a Pepper Smith he served in the army with, was ..."
Christine Budnack The Love Song of Pepper Smith
Browse Our Archives
Follow Us!

Poor in Spirit, Mourn, Meek: What Does that...
Jesus didn’t cancel the Ten Commandments. They are still the spine on...

Fr. Frank Pavone's Satanic Beatitudes
It is common for Christian conservatives to tout the Ten Commandments as...
view all Catholic blogs
What Are Your Thoughts?leave a comment
Copyright 2008-2020, Patheos. All rights reserved.