In the Company of Women, Part I 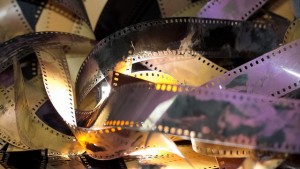 In late July of 1992, Batman Returns ruled the box office.

I bought a ticket for something else: A film about two married women and a grumpy widow who take a holiday and, as The Seattle Times put it, “rediscover their sensuality on the sunny Mediterranean.”

Strange, I know. But there I was, a twenty-one-year-old male, spending what little money I had to see Enchanted April.

How many college guys would you guess were in the audience watching this ladies-only getaway, listening to women ponder, dream, commiserate, and grumble about their husbands? I doubt that the film’s marketing strategists considered my demographic.

But as I look back, I’m more grateful for Enchanted April than any other film from the summer of ‘92. Mike Newell’s leisurely adaptation of Elizabeth von Arnim’s 1922 novel invited me to enjoy something rare at the movies—the company of women being themselves, outside of the formulas I’d been conditioned to expect.

Like most male moviegoers, I grew up watching actresses play only a few roles—traditional mothers, hot love interests for male characters to pursue, and high school gossips.

In fairy tales, women were objects of desire, waiting for the right men to come along and justify their existence, or they were wicked witches or haughty stepsisters. When the stories picked up speed, women were usually damsels in danger and distress; men did all the exciting stuff.

Here, beyond the company of men, the vacationing women of Enchanted April encouraged each other, rediscovered themselves, and remembered that they were meant for more than lives of suffocating neglect.

I found myself hoping that their husbands would wake up and respect—no, revere—what they had been given.

I remember finding it difficult to persuade other guys that Enchanted April was worth seeing. If they saw any movie that July, it probably featured Michael Keaton in a bat-suit or a pistol-wielding Danny Glover saying, “I’m getting too old for this shit.” Perhaps the glamorous Polly Walker (the only face on Enchanted April’s movie poster, of course) beckoned to a few, but I doubt it.

That was quite a week for women at the movies: Sigourney Weaver had just finished fighting aliens for the third time when Michelle Pfeiffer showed up and stole Batman’s movie right out from under him with her Catwoman claws. Geena Davis, Madonna, and Rosie O’Donnell took over a baseball field in A League of Their Own. The original Buffy the Vampire Slayer drove stakes through vampire hearts.

That film turned out to be something quite substantial—a coming-of-age story about a girl who watches her older sister and her single mother navigate difficult relationships with men. It was observant, even compassionate, and so strikingly original that it encouraged me to investigate more independent filmmaking.

It’s possible that cinematic excellence drew me to Enchanted April to see great actors like Miranda Richardson (The Crying Game, Damage) and Alfred Molina (Raiders of the Lost Ark, Ladyhawke).

But I suspect that it had more to do with my increasing interest in ambitious, intelligent women onscreen and off. I bought my ticket to Enchanted April because I wanted to accompany a particular young woman who was excited about it.

I remember a movie-going moment in high school in 1985: A dark-robed figure, passing through the woods at night, turns suddenly and her face catches the moonlight. Behold Michelle Pfeiffer.

That instant from Ladyhawke still burns like the afterglow of a camera flash in my memory. But it was more than her beauty. Her character was smart, resourceful, and willing to take incredible risks. This was no Disney damsel in distress.

Later—probably 1988—my high-school curiosity about sex prompted me to play a VHS tape of Dangerous Liaisons, which also starred Pfeiffer. Alone, housesitting, I felt a guilty thrill as Steven Frears’ R-rated feature unfolded. I remember how my retinas felt scorched by Uma Thurman’s abrupt disrobing. (And there she was in the altogether again, just a few months later, in the PG-rated Adventures of Baron Munchausen!)

And yet, in spite of its onscreen sensuality, Dangerous Liaisons did me some good.

It disturbed me with its depiction of deceit, power games, and manipulation. As I watched a diabolical seducer strive to conquer a principled woman, my conscience was awakening. I recoiled as he exploited her sense of compassion and turned it to his own advantage. I wanted to see her wisdom and character preserved.

Believe it or not, I was, that very same year, watching television’s Anne of Green Gables over and over again.

Why? Simple. I was crazy about a girl named Marianne.

After school, we’d spend an hour collaborating on algebra homework, and then her mom would microwave a pizza and we’d watch another episode about Anne who—like Marianne—was smart, funny, and red-haired. I came to hope that Anne would wind up as something better than just a prize or a helper for some charming suitor.

And so I came to covet the company of smart and conscientious women—women who wanted more from life than men to take care of them and justify their existence.

Could I become something better than the self-absorbed husbands of Enchanted April who failed to appreciate the amazing women they had married?

I still had a lot to learn. I’ll say more about that tomorrow.

This post originally appeared in Good Letters on July 30, 2012.

Jeffrey Overstreet is an award-winning film critic and the author of a moviegoing memoir (Through a Screen Darkly) and four novels (including Auralia’s Colors). He works as a writing mentor, a freelance editor, and as a professor of creative writing and film studies, teaching online for Houston Baptist University and on campus for Seattle Pacific University. Visit him at lookingcloser.org.

Image above by Stefan, used with permission under a Creative Commons license. 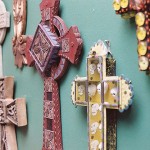 August 23, 2016
Chimayo and the Bloody Knees of Jesus
Next Post 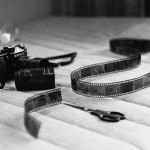 August 25, 2016 In the Company of Women, Part II
Recent Comments
0 | Leave a Comment
""It doesn’t matter when you start the Sinatra Christmas playlist or put up your tree. ..."
C_Alan_Nault How to Win the War on ..."
"Yup."
Max Marvel Finding My Inner Calamity Jane
"I an confused by the use of "aural" here: "In The Gutenberg Galaxy, he explained ..."
William G II The Gutenberg Imagination
"My friend is looking for a Pepper Smith he served in the army with, was ..."
Christine Budnack The Love Song of Pepper Smith
Browse Our Archives
Follow Us!