Creative Tension in the White Imagination 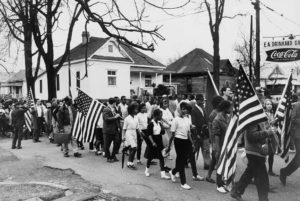 A Facebook video shows a deputy sheriff getting in the face of a young black protester attempting to access the courthouse lawn in Selma, Alabama, in 1965. The young man keeps his cool, insisting their intentions are merely to pray peacefully, but the deputy isn’t interested. He just wants them to leave.

“You take your prayers back to your church,” he sneers. “That’s the proper place to pray.”

I’ve been thinking about creative tension. Not because I’m into conflict; I’m not—particularly when it comes to the self-righteous rhetoric of our polarized politics.

When Martin Luther King, Jr., spoke of creative tension, he meant the kind of existential social crisis that prophetic actions can produce. He meant drawing out latent aggressions and biases by peacefully holding the higher moral ground.

He meant pressure that causes systemic change, not a fight that has winners and losers. He meant something that wasn’t going to be pretty, though it would be important.

I think about the words those protesters drew out of that cop. When the young man asked the cop to pray with them, the cop told him he wasn’t interested because, “I don’t believe your prayers get above your head.”

Another protester shouted something about loving others; this was about Christian discipleship, after all. The deputy said, unequivocally, “I don’t have to love anybody I don’t want to love.”

We progressive Christians like to claim we don’t know people’s hearts—only God does. Of course, it’s difficult not to conclude that the deputy’s heart was clearly corrupted by sinful ideas and by a perverse social order. Christ can save him as much as anyone—as much as me—but sometimes I’m glad salvation is someone else’s job.

What was going on in that deputy’s life earlier that day? Maybe he thought he was going to have a normal day of patrolling and talking to people and everything being normal. No doubt he’d been around for earlier demonstrations, but maybe Selma had been experiencing a little lull.

The Status Quo Is Fine, Until It Isn’t

Once in a while someone says that racial issues were fine in this country until Obama & Co. stirred them up again. Watching videos like that, or reading books like John Lewis’s graphic memoir, March, are useful for the white American, though, because they put us in the concrete moment and change the way we view, that is, imagine, the creative tension of direct action.

Volume 1 of March ends with the lunch counter protests, and the episode is difficult to read not just because of the injustice of it but because of the ugly hatred and aggression white people displayed toward the protesters. It’s not easy to see white people utter hateful and demeaning things toward black people—even to attack them.

My sense is that the folks who liked to eat at the Woolworth’s lunch counter thought things were going pretty well until those black kids showed up one day and started making trouble. Probably most of them were decent upstanding citizens. Probably most of them went to church on Sunday and prayed the prayers and asked forgiveness of their sins. But somehow those young black people in their nice clothes sitting at the white lunch counter just set them off.

March brings the events of the past into relief in the present because they make up the story of the living author who is also a beloved speaker and respected congressman. It reminds us that Faulkner was right: “The past isn’t dead. It isn’t even past.”

I think most white folks find it easy to sympathize with the lunch counter protesters or with the young black man in the video. We’re on the “right side of history” now; we know what to think about the civil rights movement.

We’re less certain what to think about all these police videos or about Black Lives Matter. Things seemed like they were getting better. Then suddenly they seemed really bad, and there’s a radical movement saying they’ve always been really bad. The whole white reality, i.e., the status quo, is being called into question.

The Important Thing Is To Face It

That’s why we need to listen carefully to the stories from the past that do make sense to us. They will help us make sense of the present.

If there’s anything I took away from reading March, though, it is that the mere existence of conflict should not distract me, as a middle-class white male from a conservative background, from the cause itself. That I should not allow my own discomfort to become an excuse for blaming the victims, or for ignoring their complaints. That the important thing is to face my discomfort.

Yes, there are protesters who get violent. But more of them are peaceful. What do they want? What can we do to support what’s right? The wicked actions of others are no excuse for the wickedness of our own inaction. Our fears for our own safety or our shame at our own biases are no excuse for our lack of compassion.

Prophetic, creative tension is supposed to discomfit the comfortable. If, as a white Christian, I feel uncomfortable, that should make me reflect on what my previous comfort consisted in.

“Will you pray with us?” the black man asked the white man. Yes, brother. That’s the least I can do.

Image above by Peter Pettus (Library of Congress) [Public domain], via Wikimedia Commons. 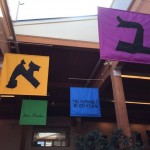 October 17, 2016
Traveling Through These Days of Awe
Next Post 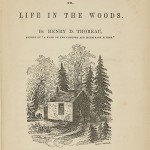