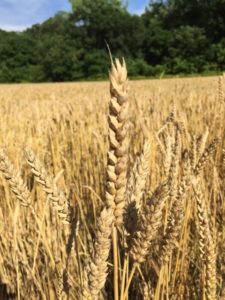 Last weekend, I cooked lunch for three farmers. One of them was my husband. The other two were a couple who were being forced to close down the small organic vegetable farm they’d been building together for nearly a decade. I could see the loss in their weary smiles, in the holes in their clothes, in the fact that they were even sitting with us. They were usually working so hard that they didn’t have time to go anywhere.

They’d given everything to a dream of beautiful clean food. And they hadn’t been able to make it continue.

When we first moved to the Midwest seven years ago, I found the acres upon acres of corn growing to be picturesque and perhaps a little quaint. I had visions of small-town corn festivals and Corn Queens being crowned after corn-on-the-cob eating contests.

And then the corn grew ripe and tall and green and waved across the flat lands for miles, and I wondered why it wasn’t being harvested. The weeks passed and acres of overripe corn became yellowed and crackled and useless looking. Then I would see the gargantuan GPS-driven machines that took up two lanes of traffic, harvesting the crackled corn every year, spitting out golden showers of kernels into their trailers.

I quickly realized that this was not the edible sweet corn of my imaginings. These picturesque fields of corn weren’t even for direct human consumption. A small percentage goes to food products like corn chips or high fructose corn syrup. The rest is fed as grain to cattle in industrial farms or ends up being used for other industrial purposes like ethanol.

This was not the kind of farm our friends were leaving behind, it wasn’t the kind of farm my husband dreamed about at night, talking in his sleep about digging up potatoes, chasing cattle when they’d escaped down the creek, trying to manage a small group of interns who hated weeding strawberries by hand.

The work a farmer does, one who is trying to raise good local food, is year-round. It doesn’t end at harvest time and it doesn’t begin with planting in the spring. His relief is in the shortened days because he’s allowed to rest when the days grow too dark to see the field, when the snow is so hard and thick that the soil cannot be accessed. It begins again in January when the next year must be planned for, the seeds ordered, the mulch laid out, the berry bushes pruned, the animals kept alive and well-fed.

He wakes up at 4:30 in the growing season, checks the tilth of the soil and rolls it around in his fingers like a precious spice; he rotates his crops to make sure the land heals, and walks the rows that he has carefully planted and pulls the weeds by hand. He wakes up in the middle of the night if it frosts so he can spray the rows of strawberries in the field with water, to protect them.

Sometimes he pays his workers more than he pays himself because he wants them to have a living wage, because he believes in the dream of slow food, of food that is grown the way it has been grown for much of human agricultural history, of food that is nourishing and sometimes beautiful, of a life where growing and harvesting this food can be sustainable.

Do you know how it feels when he’s at a farmers’ market, selling produce from his farm and some non-farmer has decided to ship in his food from out-of-state so he can drive down the prices? Do you know how it feels when someone compares the farmer’s prices to those at the grocery store, where the produce has been picked under-ripe to survive the long journey overseas or in a shipping container or in the back of an 18-wheeler?

The farmers who sell at farmers’ markets aren’t getting rich and they don’t do it for the money. They are trying to feed the world, but it is the small local world where they have built a life and relationships with their customers that they are trying to make a little more lovely.

A farmer knows what it means to tend a garden with a fervent and all-encompassing, and even annoying love. A farmer knows that this is the way we are supposed to not only care for the earth but for one another.

And yet the farmer is also well aware that every step he or she takes is into a headwind of agribusiness and industry, an economy that is not designed to run slow and local. It favors fast, cheap, and competitive. And those who cannot keep up are run over and flattened in the name of progress.

My beloved farmers sat at the table together, breaking bread, eating the food they’d grown, and they lamented the loss; they lamented that an artist cannot make money writing poems, singing songs, or painting pictures. They mourned this world that favors power and big business, this world that cares more for airbrushed beauty, for a shiny red poisonous apple than the ugly spotty beauty of real fruit.

It was hard work, they said.

It sucked much of the time, they said.

But at least it had meaning.

Maybe that is the only fruit they can carry with them. 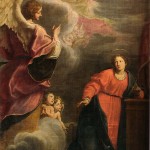 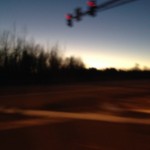 November 30, 2016 The Ghosts of Home
Recent Comments
0 | Leave a Comment
""It doesn’t matter when you start the Sinatra Christmas playlist or put up your tree. ..."
C_Alan_Nault How to Win the War on ..."
"Yup."
Max Marvel Finding My Inner Calamity Jane
"I an confused by the use of "aural" here: "In The Gutenberg Galaxy, he explained ..."
William G II The Gutenberg Imagination
"My friend is looking for a Pepper Smith he served in the army with, was ..."
Christine Budnack The Love Song of Pepper Smith
Browse Our Archives
Follow Us!