The Patron Saint of Losers, Part 1 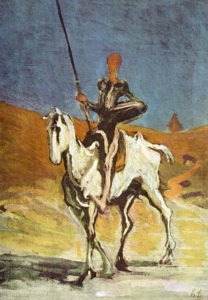 This post appears as the Editorial Statement in Image issue 90.

One of the stranger conversations I’ve ever had took place during my senior year of college. I was attending a conference, and during one of the coffee breaks I was talking with a scholar who had taken a shine to me. He asked if I was considering doing a PhD, and if so, in what field. I told him that I was, probably in English literature. He frowned.

“No, there’s a glut in the market for that. You do want a teaching position ultimately, right?”

I said it was likely. He thought for a moment.

“I’d recommend Soviet Studies, but if the Soviet Union falls you’d be in trouble.”

He pondered a while. He may have rubbed his chin.

I looked to see if his tongue might be in his cheek, but he seemed cheerily sincere. I muttered that I’d think about it and went on my way.

The memory brings to mind the classic bit of dialogue from the 1967 film The Graduate, where a young Dustin Hoffman is advised by a friend of the family:

I confess that I never really gave much thought to Egyptology—or for that matter most of the practical advice I’ve been given over the years. Which has led, I suppose, to a series of what might be considered foolish choices. In the end, I didn’t even go for a PhD.

I was too impatient to enter the world of writing, publishing, and the cultural fray. My heroes were figures like Samuel Johnson and G.K. Chesterton, writers who lived on the border between journalism and more intellectual pursuits. In my youthful romanticism I never thought much about Johnson’s perpetual financial anxieties nor Chesterton’s need to produce an enormous volume of essays and articles just to put food on the table.

It has taken me a long time to realize how much of this can be ascribed to the influence of my father. In the 1940s and ’50s he had risen rapidly in the world of radio and television advertising. He wrote copy and continuity for the Jack Benny Show and went on to become the youngest creative director in the history of McCann Erickson. At one point he owned a house next door to John Wayne in Encino, California, complete with an Olympic-sized swimming pool. Later he worked on Madison Avenue, which is why watching Mad Men is like stepping into a time machine for me (though my dad was far too square to be Don Draper).

Still, my father was restless and ill at ease in that world. A believer in several idealistic causes, he left advertising for the world of nonprofit think tanks and foundations. By the time I was born, he was moving between nonprofit work and periods of freelance advertising work to pay the bills.

During most of my childhood he worked in an office by himself, using his IBM Selectric to pound out op-ed pieces and his light-table to create public service advertising that promoted his deepest convictions about the American political and economic order. The smack of the Selectric’s magic silver ball putting letters on paper became the soundtrack of my youth.

Now that he has passed on, however, I can confess that when it came to the many attempts he made to establish his own foundations, with grand schemes for using public service advertising to communicate his passions, he was a failure.

He had neither the interest nor aptitude for fundraising. He could never understand why wealthy businessmen wouldn’t simply step forward and donate large sums to his ambitious campaigns. So he simply kept typing and designing ads, even though it led to long periods of economic hardship for our family.

Once, not long after I had started Image, he told me that he had an apology to make. He said that I had the talent to be an extremely successful businessman, and that he had probably ruined my financial prospects. The sincerity of his words moved me, but at that moment I felt only pride that I was carrying on the family tradition.

These thoughts have only emerged recently, in the wake of reading Cervantes’s Don Quixote for the first time.

Like many people I was daunted by its thousand-page length, and I suppose I had bought into the notion that, while it might have given birth to the genre of fiction, the book was repetitive and its basic conceit could be paraphrased in a sentence or two and epitomized by the classic image of Quixote tilting at windmills, believing they were giants.

A country gentlemen with too much leisure time on his hands, he had become obsessed by medieval tales of knight errantry and gone mad, heading out on adventures accompanied by his practical peasant-squire, Sancho Panza, only to end up, time and again, battered, bruised, and humiliated—the Knight of the Woeful Countenance, yes, but also a fool and the butt of the world’s jokes.

How wrong I was. I should have listened long ago to Samuel Johnson, who once asked, “Was there ever anything yet written by mere man that was wished longer by its readers?” He goes on to except only Don Quixote and a couple of others.

Gregory Wolfe is the founder of Image and serves as Writer in Residence and Director of the MFA in Creative Writing program at Seattle Pacific University. His books include The Operation of Grace: Further Essays on Art, Faith, and Mystery, Beauty Will Save the World and Intruding Upon the Timeless. Follow him on Twitter: @Gregory_Wolfe.

The above image is by Honoré Daumier, [Public Domain], via Wikimedia Commons. 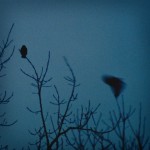 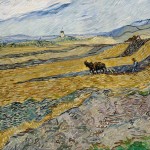 December 7, 2016 The Patron Saint of Losers, Part 2
Recent Comments
0 | Leave a Comment
Browse Our Archives
get the latest from
Catholic
Sign up for our newsletter
POPULAR AT PATHEOS Catholic
1

Why the Left Isn't Nice Enough, Part I:...
Centrists, conservatives, and the alt-right love telling leftists that we're mean. "Where...
view all Catholic blogs
What Are Your Thoughts?leave a comment
Copyright 2008-2020, Patheos. All rights reserved.