The World at Midday 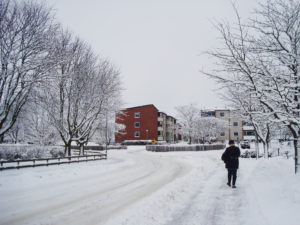 I spent Christmas Eve with my mom last month for the first time in years. It was unexpected; she was happy and well.

All through the drive to my aunt’s house—Dad at the wheel, Mom turning the music up—my sister and I watched the lights and thought about extraordinary transformations. How anything is possible, though it rarely seems so.

Being with my whole family felt like an amazing gift, like the world had opened up and made itself entirely new.

I keep thinking about how to say things I can’t say. The problem’s not inappropriateness or offense; it’s entrée. Square peg in a round hole and all that, subjects that don’t come up or don’t make sense in the time people have to offer them. Subjects no one wants.

A couple of days after Christmas, my mom was in the hospital for a week after she burned herself with cigarettes, and then she came home and made chili. These things happen.

The day I learned that my mom had been hospitalized, snow fell in icy dendrites. The wind came from the east. The world might have ended; the sun was nowhere to be found. How easily we find ourselves abandoned.

Three dark gray wavy lines hovered in the sky to the west. In Saint Paul west of Cathedral Hill, smaller cross-bedecked steeples pierce the sky. Storms broke on them, gathering heavy mammatus cloud warnings over the Sacred Heart of Mary.

Watching the sky makes it easier to watch people and forget shyness. The lines of a half-turned face against the air, the wobbling step of a man bordered by ice floe and cedar.

When you grow up with someone who wants to be in pieces but desperately doesn’t want to die, you get good at hiding things.

I hid knives behind books and in guitars. I forgot to hide my boxcutter blades, and my dad screamed at me because, though it wasn’t my fault, somehow it was, and he had to. She broke her bones, and I still think God lives on a forest boulder to which I ran to escape the sound more than he lives anywhere else.

I’ve been walking at midday because it helps me think, because it helps me stop worrying. Last week, I found a pink and green widow’s walk overlooking an intersection covered with ice. Across the street, an old man fixed the door hinges at St. Clement’s, the church where a stone dog statue wears a colorful floral garland.

I put books in the little free library with the oxblood doors: a book of hours, two literary journals, a novel about Montreal and loneliness and museums, and a retelling of the legend of Koschei the deathless.

Someone once told me that behind every door I’d ever open in my mind would be my mother’s blood. At the time, I thought the comment was cruel or defeatist, but now I’m grateful for any piece of heritage, another part of family to carry along. There are people who’d give anything to open those doors, to once more carry a person and her wounds.

I have a hard time thinking in terms of mutilation or destruction or purity or even healing. I don’t believe that people always get better, as if “better” is a straight line or an erasure of scar and wound.

When my mom first started injuring herself when I was a young teen, I’d lie in bed and mentally scream at God. I miss that angry, profane prayer-howl, and I get the sense that he does as well. In some ways, I miss dwelling in the naked horror and helplessness of those days.

Now I want to fix and mend and heal and restore, and I pray lame formal prayers of healing.

But I walk a lot, and I watch things.

One of the worst feelings is to be misunderstood, and few people are as misunderstood as people who harm themselves with the intent to stay very much alive.

When I think broken body, I think of the broken bodies of my hometown: the strip-mines, mercuric rivers. I think of my own body and what it carries, how I’d rather a body be home than be perfect. I think of how often there are no fixes and no healings and no solutions, but only brief and beautiful transformations, amazing gifts that light up a dark holiday night.

This fierce love we build for what’s been harmed, for what we watch: I’ll never give it up. I’ll never stop watching the ice and the light and the three inches of snowfall that made the whole block smell inexplicably like geraniums.

I’ll find new ways to yell at God so he doesn’t get lonely, and I’ll find ways to love everything I don’t understand through the language of the cold air at midday.

My mom has started drawing and painting again. Anything could stay the same; anything could be different. It’s good to be outside at midday, to learn to recognize when the sun is overhead, to understand that, in this moment, any extraordinarily beautiful or awful thing could happen.

The above image by David J, edited and used with permission under a Creative Commons license. 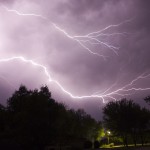 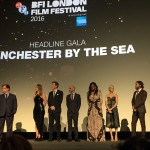 January 24, 2017 Kenneth Lonergan's Manchester by the Sea
Recent Comments
0 | Leave a Comment
""It doesn’t matter when you start the Sinatra Christmas playlist or put up your tree. ..."
C_Alan_Nault How to Win the War on ..."
"Yup."
Max Marvel Finding My Inner Calamity Jane
"I an confused by the use of "aural" here: "In The Gutenberg Galaxy, he explained ..."
William G II The Gutenberg Imagination
"My friend is looking for a Pepper Smith he served in the army with, was ..."
Christine Budnack The Love Song of Pepper Smith
Browse Our Archives
get the latest from
Catholic
Sign up for our newsletter
POPULAR AT PATHEOS Catholic
1

The Grace of God in Scrambled...
Steel Magnificat
Related posts from Good Letters

Another German Bishop Denies Catholic Teaching on Homosexual...
Two years ago, I wrote a response when one German bishop denied...
view all Catholic blogs
What Are Your Thoughts?leave a comment
Copyright 2008-2020, Patheos. All rights reserved.