When Art Disrupts Religion: An Interview with Philip Salim Francis 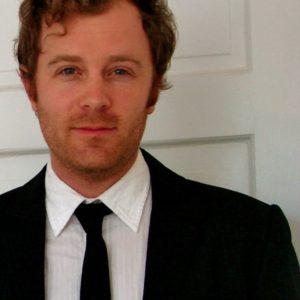 Image: Your book has the provocative title When Art Disrupts Religion: Aesthetic Experience and the Evangelical Mind. In a few words, what’s the thesis of the book?

Philip Salim Francis: I’m trying to make the case that the arts have the ability to unsettle and rework deeply ingrained religious beliefs and practices—perhaps like nothing else can. Modern aesthetic theory, as you know, is obsessed with the “disruptive capacities” of aesthetic experience. I wanted to test the limits of these claims through ethnographic study: could art disrupt and reconfigure the religious identity of even a people who had been steeped—for a lifetime—in the more conservative strains of twentieth century American evangelicalism? And if so, how would that all play out on the ground?

Image: Tell us a bit about how you chose the two institutions where you did your fieldwork and how you obtained your data.

PF: As I was formulating the project, I wondered what kinds of art departments were housed at the most conservative evangelical colleges in the US. Bob Jones University was the first school that came to mind. As luck would have it, the Bob Jones School of Fine Arts is a dynamic art school with a fascinating history. Founded in 1947, it has the largest faculty of any of the University’s schools, and it is famed for its world-class (albeit censored) Shakespeare production, operas, museums, and galleries.

For many Bob Jones students and alumni, the arts go hand in hand with their faith, even if certain aesthetic experiences challenge them to revise aspects of their religious heritage. As one devout alumnus and now faculty member of the School of Fine Arts recalls: “The arts at Bob Jones were a key part of my break with the fundamentalism of my upbringing…Hamlet, Goethe’s Faust, and many more…deepened and enriched my evangelical faith.” But for other Bob Jones alumnae, an anguish of irreconcilability between Bob Jones-style religion and the experience of certain aesthetic masterworks sent fissures through their evangelical identity—sometimes a wrecking ball.

The Oregon Extension is a semester study-away program in the southern Oregon Cascades, which was founded in 1975 by a small crew of renegade professors from evangelical Trinity College in Illinois. Each Fall semester this small school draws between twenty-five and forty students from conservative evangelical Christian colleges and challenges them—through fiction and poetry—to ask difficult questions of their faith. Many Oregon Extension alumni look back on their time in the program—even twenty years later—as the moment in which they disavowed the “fundamentalist side of evangelical Christianity,” as one alumnus puts it. The arts are often at the very center of the stories they tell.

You can imagine how faculty and alumni from the Oregon Extension and the Bob Jones School of Fine Arts would help me to answer questions about the extent of art’s unsettling effects on deeply ingrained religious beliefs. I spent time in Oregon and at Bob Jones, and I spoke with hundreds of alumni from these programs. Nearly one hundred of them wrote extensive memoirs of their experience for my project and also underwent a series of interviews with me. After pouring over these thousands of pages of memoir and these hundreds of hours of conversation, I wrote the book.

Image: Presumably this experience of disruption sent some out of the church altogether, but did it ever have the effect of deepening the faith of those who experienced it?

PF: Absolutely. Many of these Bob Jones and Oregon Extension alumni say that these unsettling aesthetic encounters saved their faith, rather than destroying it. They experienced not disenchantment but re-enchantment through the arts. This took several forms.

For some, out of the ashes of their rationalistic evangelical identity arose a different sort of religious self, one with a newly discovered capacity to dwell in mystery, uncertainty, and half-knowledge. If that isn’t a deepening of faith, I don’t know what is.

For others, the arts not only unsettled their previous religious identity, but stepped in as the substitute form of enchantment. People in this category speak of the arts as providing a stand-in for their traditional religious objects, a means of glimpsing the transcendent, of experiencing the power and depth of the numinous, of being enraptured by the sublime.

In some ways, these latter participants are typically modern in their devotion to the secular religion of art. As Hegel once noted: we moderns have no qualms about revivifying “the corpses of dead cults” in “the guise of aesthetic objects.” Hegel is being sardonic but I’d prefer to see this modern substitutionary relationship between art and religion as a reaffirmation of the deeply human instinct to find enchantment where we can—and to get creative when we can’t. So much for Weber’s modern disenchantment theory.

Image: What has been the effect of this project in terms of where you want to go next as a researcher and writer?

PF: I’ve realized that I’m really obsessed with studying experiences of profound transition. As I was writing When Art Disrupts Religion I had Williams James in mind: “Life is in the transitions…often, indeed, it seems to be there more emphatically.”

It is in transition, as the stories in this book demonstrate so well, that human beings seize upon an extraordinary relationship to their own creative powers—to remold previous conceptions of self, the other, and the world. I hope my readers come away convinced that something of the creative dynamism at the heart of the species is revealed as we negotiate experiences of transition—especially through the supple medium of the arts. Whatever I write about next will probably be, again, about life in the transitions. 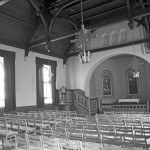 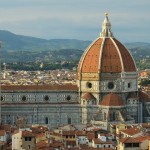 The Demand to Open Churches Is the Opposite...
Jesus taught that we ought to be willing to die for him....
view all Catholic blogs
What Are Your Thoughts?leave a comment
Copyright 2008-2020, Patheos. All rights reserved.