A Conversation with Alicia Ostriker: Part 2 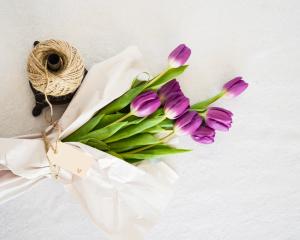 “When I write a poem, I am crawling into the dark. Or else I am an aperture. Something needs to be put into language, and it chooses me,” says critic, activist, and biblical scholar Alicia Ostriker, whose poetry appears in Image’s recently released issue #98.

We asked Ostriker, winner of the Jewish National Book Award and this year’s New York State Poet, about her poems.

Image: In several of your poems you allude to the idea that we exist in a special spiritual state before we are born in some other place where we have clearer access to the divine.

Meanwhile, other poems of yours, especially in your most recent collection, Waiting for the Light, feel very rooted in certain places, cites in particular. Are you conscious of a tension between earthiness and mysticism in your own writing?

Alicia Ostriker: The earthy, material world, the invisible, spiritual world—is it a tension, or is it a complementarity? Is the body the soul’s prison, or the soul’s garment?

These are all metaphors, but the idea that we are in some sense essentially spiritual beings, who have fallen into a fleshly body and yearn to return to our undifferentiated spiritual state, is not exactly new. It’s in Plato, as well as Christianity and Buddhism and Hinduism.

According to one Jewish legend, we all possess infinite knowledge before we are born, and at birth an angel taps the area between our upper lip and our nose, creating a slight dent there, and causing us to forget everything.

The version of this myth given to us by Wordsworth in his great ode “Intimations of Immortality” is well-known:

Our birth is but a sleep and a forgetting:
The Soul that rises with us, our life’s Star,
Hath had elsewhere its setting,
And cometh from afar:
Not in entire forgetfulness,
And not in utter nakedness,
But trailing clouds of glory do we come
From God, who is our home…

Wordsworth goes on to say that “heaven lies about us in our infancy,” but that the “visionary gleam” diminishes as we grow up and start caring about things of this world, and ultimately “fades into the light of common day.”

The assumption that our material world and the world of the spirit are necessarily divided underlies Wordsworth’s ode and is of a piece with the dualism inherent to most western thought.

In some strands of Judaism that boundary is a bit more porous; “as above, so below” makes the realms mirror images of each other, and the concentration of Jewish household rituals on food and mealtime carries the implication that everything in our everyday world is potentially holy.

Sparks of divinity may exist within all matter.

I’ve written about the debate in my essay on the Song of Songs in my book For the Love of God: The Bible as an Open Book. For me, the divine is always present, and it is only our ability to access it that is lacking.

There is yearning, but not opposition. I like to think that my poetry is at home in the world, and at home with the yearning, too.

Image: Your collection, The Old Woman, the Tulip, and the Dog is written in the voices of those characters. Did spending time inside the mind of a plant and an animal change your relationship to the natural world?

This was a surprise, however. I was delighted with their humor, but I’d never written anything like that before and thought I never would again. Then, a couple of years later, the three of them began showing up again, and made it clear to me that they wanted to be a book.

I soon got a sense of their personalities, and could (metaphorically?) listen for what they would say. Usually, though not always, the old woman would come out with some utterance, some opinion, and the tulip and dog would respond.

Yet I don’t think my relation to dogs and flowers changed very much. Any of us who have had pets naturally try to read their minds, and I’ll bet many gardeners read the minds of their flowers—only they would be embarrassed to admit it, perhaps.

A gardener friend of mine used to sing to his flowers and tell them jokes. He was quite confident that they enjoyed the jokes.

Read part 1 of our Conversation with Alicia Ostriker here. 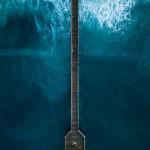 October 1, 2018
A Conversation with Alicia Ostriker: Part 1
Next Post 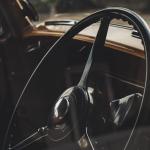 October 3, 2018 The Lost Goodbye
Recent Comments
0 | Leave a Comment
"Ah, so now the imaginary War on Xmas is transmogrified into The War on Santa, ..."
David Miller How to Win the War on ..."
""Aural" refers to hearing, "visual" to seeing"
merphd The Gutenberg Imagination
""It doesn’t matter when you start the Sinatra Christmas playlist or put up your tree. ..."
C_Alan_Nault How to Win the War on ..."
"Yup."
Max Marvel Finding My Inner Calamity Jane
Browse Our Archives
Related posts from Good Letters