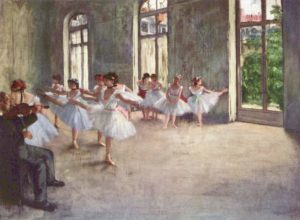 Here’s your assignment. Choose a poem you’ve written (it could be any piece of writing, really, an email message, a shopping list, a complaint to a cable service provider, a toast for a wedding—you get the idea. If it’s a poem, chose only a few lines. If it’s another piece of writing, choose a portion of it. Then, translate those lines.

But here’s the thing. Don’t translate a word from one language into its equivalent word in another language. Instead, translate each letter of each word, in the order in which they appear, into an image, a concrete noun or active verb (“be” is an active verb, too!). What does the shape of each letter resemble? That “h”, is it a shovel? That “s”, is it snow or a leaf falling to the ground?

First do a raw translation, letter to word (or words), letter to word, letter to word. Now, using these words, arranging and adding words as needed to write complete sentences, write a poem. Or, if poetry isn’t for you, write a new shopping list! Or a letter to your senator! In this visual language, tell your senator to protect funding for the NEA! Or write a confession to God.

This semester, I’m teaching a class for honors students called “The Heart and the Matter: Poetry and Spirituality.” In the class, we’re looking at the question of whether the practice of reading and writing poetry can be a spiritual practice.

In addition to our focus on craft, we’re considering certain capacities that we draw on and cultivate in learning to read and write poetry. Attention, effort, intention, openness to change, patience, forgiveness, humility, discipline, trust: these are some of the specific character traits and capacities we’re cultivating as we work with poetry. These come into play as we work with “the concentrations of poetry”, as Jane Hirshfield calls them, the concentration of music, image, rhetoric, story. Thus, we’re also strengthening our concentration muscle, learning where to direct our attention and how to sustain our attention on a chosen object of concentration.

The exercise I described above is based one of the texts we’ve been reading in class, David Hinton’s amazing Hunger Mountain: A Field Guide to Mind and Landscape. I’ve discussed Hinton in a previous “Good Letters” piece on remembering and forgetting. Hinton is an accomplished and celebrated translator of, among others, the major classical Chinese poets. In this book, Hinton discusses and reflects on the meanings of the pictographs of the Chinese writing system in relation to experiences he has on his daily walks on Hunger Mountain, near which he lives in Vermont.

Among many other things I’ve learned from reading this book several is how to see the Chinese pictographs—visual representations of the things and events to which they refer. As Hinton and others have noted, including David Abrams in The Spell of the Sensuous, as our alphabetic system of writing in the West has developed, the letters have become increasingly stylized and abstract, losing their visual connection to the material world to which they once directly referred. One example. The Hebrew letter aleph, א, which in English means “ox”, was originally drawn to resemble the head of an ox. So, when a reader encountered that letter in writing, she would see the image of an “ox”, keeping the gap between writing and world narrow.

As the writing system became more stylized and abstract, the distance between written language and the world—the natural world, the material world—increased. One result of the expanding distance between human and world: humans’ alienation from, among other things, nature.

My writing exercise was intended to challenge the students to read our alphabet as a visual language, and then to write a poem based on the translation of the letters of our alphabet into a visual (other senses, too) language. When we discussed their experiences of working on this exercise, many students reported that they couldn’t find any sensible connection between and among the words into which they had translated the letters in their original poems. They faced chaos.

But, as many reported, over time, they were able to create some order out of chaos. Bingo, I said! That’s Genesis! That’s the human experience represented by the story of the creation of the material world as told in the book of Genesis. Before the creation of light, according to Genesis, the world was in a state of tohu va vohu: chaos and desolation. In completing this assignment, the students became creators of an ordered world out of chaos! To get there, the students had to activate these capacities: attention, effort, openness to change, patience, humility, discipline, trust.

There were many lively, fresh, surprising poems created in response to this exercise. I’ll share with you just one here. The student, Carolyn Schweitz, translated the letters of her original poem into ballet positions suggested by the shapes of the letters: h=pas de chat, e=rond de jambe, u=glissade, o=pirouette, etc. Here’s Carolyn’s marvelous poem:

They begin at the barre with three plies,

Because they love those.

Seven swishes to open the hips,

Toes up to the nose.

They spin dizzy with twelve pirouettes,

And only two fouettes,

so they don’t get sick.

And seven pas de chat for the end of the day.

With just one soutenu and a reverence.

Now it’s your turn to work against the alienating effect of written language and to bring the material world close, to connect, as it were, soul to body, body to soul.

Richard Chess is the author of four books of poetry, Love Nailed to the Door-post (forthcoming in March 2017), Tekiah, Chair in the De-sert, and Third Temple, all from University of Tampa Press. Poems of his have appeared in Telling and Remembering: A Century of American Jewish Poet-ry, Bearing the Mystery: Twenty Years of IMAGE, and Best Spir-itual Writing 2005. He is the Roy Carroll Professor of Honors Arts and Sciences at the University of North Carolina at Asheville. He is also the director of UNC Asheville’s Center for Jewish Studies. He is also the Chair of UNC Asheville’s English Department. You can find more information at www.richardchess.com

Above image is Edgar Degas’ “Ballet Rehearsal on Stage,” used with Permission under a Creative Commons License, via Wikimedia Commons. 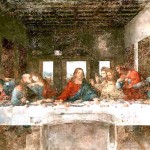 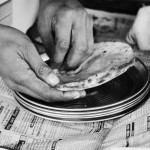 April 11, 2017 Take, Eat
Recent Comments
0 | Leave a Comment
Browse Our Archives
get the latest from
Catholic
Sign up for our newsletter
POPULAR AT PATHEOS Catholic
1