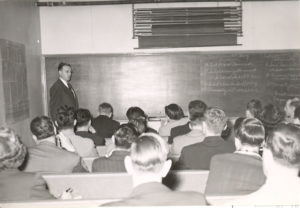 When I went to seminary, there was concern. Friends whispered. Had I gone rogue? Or worse: been “saved”? Would I suddenly start dropping things like washed in the blood into regular conversation?

Admittedly, the calling to serve the church was sudden and powerful, like lightning. I had always considered myself a Christian, even if I didn’t attend worship. But the closest thing I got to church during those years in North Carolina was dating the daughter of an Assemblies of God pastor. And he didn’t like me.

In the fifteen years that have passed, I’ve grown into the role of theologian. That word—theologian—still isn’t easy to type. To be a theologian sounds laughably grand for a guy like me. That’s the stuff of Tillich and Barth, of thousand page tomes. I write novels about kids who work in grocery stores and talk about professional wrestling.

But if I’ve learned anything it’s this: don’t wrestle the stranger. All you’re going to get is a limp.

So I talk about God online.

I admit to a certain amount of poking the bear when it comes to this role, especially on social media. I scream about hardened hearts and rifle off Bible verses to counter the seemingly endless news stories and political posturing that time and time again allow the news cycle to trump the narrative of both the Hebrew scriptures and the gospels.

My reach is remarkably limited, mostly friends from high school and a few beyond. A spectrum of self-proclaimed “godless heathens” and friends who, after high school, embraced a rigid fundamentalism. Of course, I know that no minds have ever changed because of a retweet or a shared post on Facebook.

But then one of those heathens (again, his word) writes, “Are we sure I’m the godless heathen? I don’t need religion to be a decent person.”

They will know us by our love, indeed.

When I was in seminary, one of my best friends was a bearded, foul-mouthed Floridian named Jason. I have no idea why Jason came to seminary. He didn’t want to be a pastor. And I came to find out, he didn’t consider himself a Christian. This, at the time, was confounding. Why pay to study theology? Sure, the school was good in name. But even a middling MBA program had to provide better post-graduation options than even the most elite seminaries.

When we were finished, Jason ended up working at a local ministry, helping former sex workers start a new life. It was clear to me then and it remains clear to me now: Jason was doing God’s work.

“Get out of here with that,” he said, although I’ve edited out a few of the choicer words.

The arc of the moral universe may bend toward justice, but those who work for justice, for decency—those who choose compassion instead of power—ultimately bend toward God. Regardless of theological affiliation. If you are working for justice, you are bringing in the Kingdom. If you are decent or show compassion, you are close to God. And it’s true whether you are a washed in the blood, Bible-believing Christian or a godless heathen.

I can hear the screams coming from both sides. It’s unfair, I know.

When my “heathen” friend posted about decency on Twitter, my response was: “God always chooses people over systems.” It got the expected likes. The retweets garnered a few “You’re one of the good ones” responses. This, I guess, was the desired result. But what I wanted to say—what I should’ve said to Jason all those years before—was something closer to: “You’re doing God’s work. And I’m proud to know you.”

Of course, it would’ve gone over like a lead balloon. Such is the way of the Internet. Still.

I want to believe in a God who is beyond our idea of religion. Who comes close, judging our hearts and our actions instead of weighing the world on the basis of a rote sinner’s prayer. A vague idea of atonement.

I want to believe in a God who, when we stand before her, allows us to judge ourselves, for once we enter into the presence of absolute holiness and love and mercy—what else can we do but be convicted by our sins and disbelief? By the legion of ways that we corrupted and twisted the gospel to suit our passions. That’s the God I want to believe in; the God that keeps me in this game.

Why else am I endlessly talking about God, if not to present people—my friends—with a picture that is revolutionary, a God who is incongruent with the pain and brokenness we all see and feel in the world? More so, a God who pulls up close as we stumble toward a holiness that envelopes us, no matter if we believe in it or not. Whispering softly in our ears, “You are mine. You are mine. And I am well pleased.”

Bryan Bliss is the author of the novels Meet Me Here, No Parking at the End Times and the forthcoming We’ll Fly Away, all with HarperCollins. He holds graduate degrees from Seattle Pacific University and Vanderbilt Divinity School. He lives in Saint Paul, MN with his wife and kids.

Above image by Portland Seminary, used with permission under a Creative Commons License. 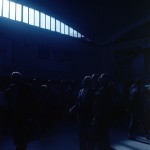 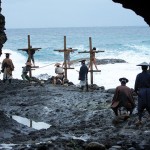 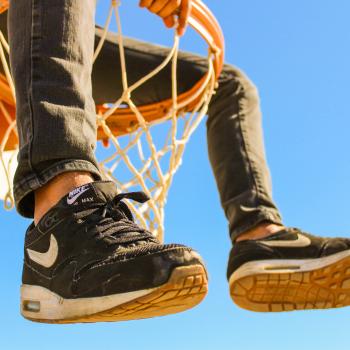