A Conversation with Lauren Winner, Part 1 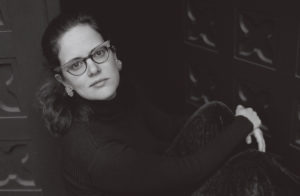 Each chapter of Lauren F. Winner’s book, Wearing God: Clothing, Laughter, Fire, and Other Overlooked Ways of Meeting God (HarperOne), explores a single biblical image of God through a mix of exegesis, cultural history, and personal essay. The chapter excerpted in issue 84 is about bread. I asked Winner about her new book, her love of history, her punctuation, and the politics of writing about the Bible.

Mary Kenagy Mitchell for Image: Your new book is about overlooked images of God in the Bible. I imagine there were some images you found that didn’t make it in. Could you talk about some of those?

Lauren Winner: In the scriptures there are a lot of animal and nature images for God—water and rock and so on. I’m especially interested in two from Hosea: there God is likened to dew, and to a tree. I’ve spent time with the tree image, thinking about what trees are, and I have a nascent spiritual practice of tree gazing, where I regularly stare at a magnolia in my yard as a practice of attentiveness.

I love the song “Jesus Christ the Apple Tree.” It’s not widely known, but it’s wonderful. It’s sung mostly in English churches, or at lessons and carols services at Christmas. I had it sung at my ordination, and I make groups of people sing it whenever possible:

It’s ostensibly based on a reading of a verse in Song of Songs: “As the apple tree among the trees of the wood, so is my beloved among the sons. I sat down under his shadow with great delight, and his fruit was sweet to my taste” (2:3).

The tree image also illustrates one of the reading strategies I’m after in Wearing God: how do the scriptures double or treble the figurative language they use? For instance, the scriptures speak of God as clothing, and also as the one who clothes. In the instance of arboreal imagery, the Bible speaks of God as tree and also of us as tree.

When we pray the very first psalm, we pray that we will not rush about madly, chatting with cynics and running errands with fools. We pray that, instead, we will be still, devoting our calm energy to the study of God’s word. We will be rooted in God’s word as “a tree planted by the water.”

At countless protests in American history—civil rights sit-ins, anti-war marches, labor demonstrations—eventually someone takes up the lines of the old freedom song:

Preachers through the ages have also used the psalmist’s image, likening Christians to trees who are sustained by—indeed, wholly dependent on—the living water that is God.

One monk, Geurric of Igny, was so committed to the idea that he said people are upside-down trees, whose roots reach not down into the soil, but up toward the sky, “so as to tap into the heavenly Jesus for their divine sustenance.” This seems a lovely image of what God is inviting us to be. I would like to be a tree with roots shooting up, wrapped around and watered by God.

In Wearing God, I didn’t write about trees or dew. Both images come from the Book of Hosea, where the dominant imagery is of battering. I wasn’t prepared to write a whole chapter about battering language in the scriptures (though I touch on it at the end of the book)—and I wasn’t prepared to cherry-pick these two lovely nature images without addressing the more unsettling context of Hosea.

Image: A lot of history makes its way into the new book, especially American history. Could you talk about what you think makes a good history book, the kind you like to read?

LW: Two things come to mind, and they don’t always show up in the same book. Some historical episodes lend themselves to almost novelistic writing, and in the last twenty-five years there has been a lot of interest among historians in taking craft seriously, experimenting with narrative form. You see it in writers like John Demos and Simon Schama.

That said, there are plenty of excellent, interesting history books that aren’t so much narratively interesting as they are interesting because of the argument they make or the evidence they’ve uncovered.

I have always enjoyed so-called microhistories, where instead of writing a monograph about crime in early America, someone writes a case study of one infanticide in seventeenth-century Braunschweig. I often enjoy this kind of history the way I enjoy a short story or novel. A favorite of mine is A Midwife’s Tale by Laurel Thatcher Ulrich, which is essentially an exegesis of the diary of a midwife on the frontier of Maine at the turn of the nineteenth century. Ulrich’s book turned out to be quite helpful when, in writing Wearing God, I turned my attention to the Hebrew Bible’s likening God to a midwife.

Lauren Winner is an ordained Episcopal priest and the author of Girl Meets God, Real Sex, Mudhouse Sabbath, and Still, which won the Christianity Today Book Award in Spirituality. She teaches at Duke Divinity School in Durham North Carolina, and is a faculty mentor for Seattle Pacific University’s Low-Residency MFA in Creative Writing. Her articles have appeared in the New York Times Book Review, The Washington Post, The Wall Street Journal, Books & Culture, and other periodicals. 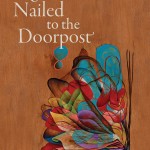 June 19, 2017
Reading Love Nailed to the Doorpost
Next Post 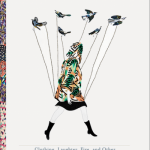 June 21, 2017 A Conversation with Lauren Winner, Part 2
Recent Comments
0 | Leave a Comment
""It doesn’t matter when you start the Sinatra Christmas playlist or put up your tree. ..."
C_Alan_Nault How to Win the War on ..."
"Yup."
Max Marvel Finding My Inner Calamity Jane
"I an confused by the use of "aural" here: "In The Gutenberg Galaxy, he explained ..."
William G II The Gutenberg Imagination
"My friend is looking for a Pepper Smith he served in the army with, was ..."
Christine Budnack The Love Song of Pepper Smith
Browse Our Archives
get the latest from
Catholic
Sign up for our newsletter
POPULAR AT PATHEOS Catholic
1