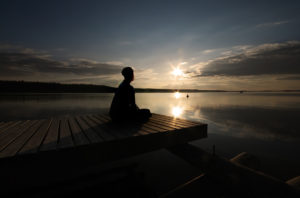 The philosopher William James was one of the turn of the century’s greatest examiners of the religious experience, noting its varieties and studying its phenomena, albeit with the kind of distanced, unheated air characteristic of an academician of that era. But the psychologist Carl Jung was the thinker who intellectually legitimized the religious impulse as a constituent part of the human species.

Jung said that a fundamental part of life is an intense desire to know the divine, a yearning to experience that which is larger than the self. For modern man, a loss of the religious center resulted in all kinds of maladies—elevated concerns to realize ambitions, inordinate delight over material possessions, anxiety over the retention of passing beauty, strength, grace, etc. Caretaking of the soul was a remedy for these things, though for modern man an acceptance of that fact proved difficult. Hence, neurosis.

It’s not surprising that a being with so limited a life span and skill set, but with such unlimited imagination and intuition, would look up from his stone ax at some point and stare out into the horizon. The earliest evidence of worship seems to stretch back even as far as the Paleolithic, when burial rituals provided food and weapons for a type of transcendence for the deceased.

Adopting a burial itself, rather than abandonment, makes no sense except as a religious practice, if it was ever more than that at all. There might be modern hygienic reasons for caretaking of corpses, but that would unlikely have been a concern of ancient peoples, and even so there are easier ways to rid oneself of pestilent nuisances than burying them.

So there must have been some early concept of a spirit, one that could dissociate itself from the physical body. The idea of another life into which that spirit passed—whether or not it was conceived as eternal—was at least something that was in play from earliest history.

But contemporaneously with that concept is evidence of a totemism of some type, involving hybrid creatures, half-man and half-animal, as depicted on cave walls. So not only did the early worshipers have one of the essential notions of any religion—transcendence, as expressed through passage—but they also had another—the notion of a deity (atonement, another definitive notion, could be equally as old, depending on the reason sacrifices and scapegoating were practiced: as a means to appease the gods for sin, or as a means to flatter the gods for favors).

Eons passed, and the gods became plenteous. No longer was the bulbous-figured fertility goddess with enormous breasts the only shape that the divine took. Gods of all kinds appeared, and for all purposes. Gods associated with the cycles of life, with the passage of time, with joy and pleasure, and with fear and loathing, sprang forth to claim their due. And these gods claimed that due in the form of statuary and other means of depiction, which required obeisance. The gods couldn’t very well remain out in the cold and heat, so they were given houses, or temples, and at that point mankind was at a place very near the place we currently possess.

The point of all this is to say that one aspect of the religious impulse Jung spoke of is the theophanic desire—the need for the god to manifest. It’s not enough for the gods to have names and functions; they have to have faces. After all, we are sentient beings and ultimately cannot be contented with things that remain purely ghostly.

One of the telling features of our times is that the religious impulse in the first world has been transitioned, or transferred, to causes—e.g., the identification with certain political and environmental stances. In the first world, the vestiges of orthodox worship of a deity remain, of course, but more and more the majority of people profess a “spirituality” rather than a religiosity, one that rids itself of the traditional aspects that are at odds with the secular episteme.

So God has lost his face and body—has un-manifested, as it were. Now, “god” is often meant, if not written, with a little “g,” and is accompanied by a superfluity of pronouns to cover all bases. It’s fair to say that the old practice of pantheism has returned, the finding of the godlike in all things—particularly seas and trees and bees, etc.—with its attendant rituals of ecological adoration and stewardship.

But from the purely anthropological standpoint, I don’t think it will last. There’s too much history that says otherwise. Witness New Zealand’s recent bestowal of “personhood” upon the Whanganui River, the third largest in the country. Its importance to the natives is ancient, but this is the first time that a natural feature has been given equivalent rights with human beings.

Where it gets really interesting is the fact that the river will have “guardians,” who will for all intents and purposes enjoy the rights of the Whanganui and enforce obligations owed to it. They will, in a legal sense, be the river when the river needs to leave its ancient banks, put on a suit, and go to the bank or to court.

Poseidon became the manifestation of the Sea, Aphrodite of Love, Artemis of the Hunt, and on and on. Whether they sprang from sea foam or erupted from a volcano, the gods eventually took a shape. And once they had, they expected and received their due from their disciples.

Is such obeisance really distinguishable from the recent theophany of the Whanganui, and the many gods that will doubtless join her/him/it in due time—“Everest,” “Amazon,” “Erie”—with their claims upon our consciences?

Considering the world we live in now, who’s willing to bet against this happening? We may have phones and jets, but one wonders how fundamentally different we are from our forebears when it comes right down to things such as these.

Above image by Miguel Virkkunen Carvalho, used with permission under a Creative Commons License. 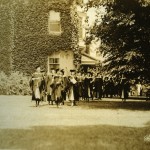 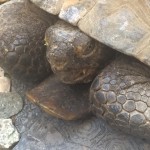 June 29, 2017 My Own Desert (Tortoise) Father
Recent Comments
0 | Leave a Comment
Browse Our Archives
get the latest from
Catholic
Sign up for our newsletter
POPULAR AT PATHEOS Catholic
1