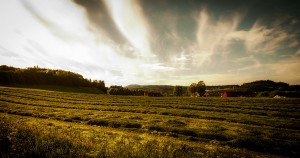 I find solace in the natural world, in those precious moments alone, outside, away from the clutter and din of my material life. In “The Field” by poet, teacher and translator Jennifer Grotz we are invited to an open field “past the convenience store and the train tracks.” She tells us that as a girl, she would escape to this place to “sit on an oblong rock” and observe the crepuscular life and movement around her. Within this meditative poem, Grotz translates the natural world through concentrated and poignant imagery. The sun a “fiery stare blinking shut beneath the horizon” or stars “like needles piercing through velvet.” This poem engages all the senses and we can sit alongside the young poet and ponder why, as a fellow witness to this “naked field” at dusk, we are not so alone after all.

“The Field” by Jennifer Grotz

There was a dirt field I’d walk to as a girl,
past the convenience store and the train tracks
where the day laborers congregated with six-packs,
where the two-lane road turned to one lane with yellow stripes
and the vacant field loomed like a desiccated fallen sky.

That’s where I’d go to sit on an oblong rock
until prairie dogs sprouted from tunnels underground
and the ground became a fabric
stitched by fluid lines of ants.
And though barely perceptible,

if I waited long enough,
the world would begin its shallow breathing,
the soundless wind’s only duty in that field
to rearrange a few grains of sand
while the smell of hot dust grew sharp in the nose.

I waited. I don’t know for what.
Sometimes I’d sit so long the sun would sink,
a fiery stare blinking shut beneath the horizon,
and the drooping electric wires would borrow the dark
until the dark seeped back into the sky. And when stars

surfaced like needles piercing through velvet,
I’d hold myself back just a moment more.
What made me feel watched in the naked field?
I was paying close attention and could discern only
a begging to be cloaked and a begging to be released.

Jennifer Grotz is the author of Cusp (Houghton Mifflin), winner of the Bakeless Prize for Poetry and the Natalie Ornish Prize. Her poems, translations, essays, and reviews have appeared in the Kenyon Review, New England Review, Ploughshares, TriQuarterly, Best American Poetry 2000, Virginia Quarterly Review, and the Washington Post. Currently she works as the assistant director of the Bread Loaf Writers’ Conference and teaches at the University of North Carolina at Greensboro.

Above image by Michael R.P. Ragazzon, used with permission under a Creative Commons License. 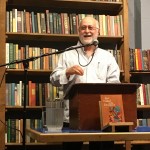 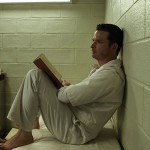