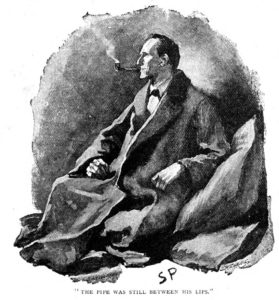 There on my bookcase was a row of nine matching hardbacks. On their spines, a woodcut of an angular man with a pipe and smoking jacket, each volume with its own elaborate Victorian wallpaper-inspired paisley or floral design. I’d found them years ago at a used bookstore: $9.00 for the full Book-of-the-Month Club edition of the complete Sherlock Holmes.

I used to love detective stories as a child, which is why I bought these in the first place, though I let them languor unread on my shelves for years. I loved the cunning of the detective, his ability to perceive the hidden order of things—which was not so much hidden as ignored or neglected by those who wear the blinders of custom and manners.

I pulled The Valley of Fear of the shelf. Google informed me it is the last of Doyle’s four Holmes novels, published in 1915, and somehow some of the lustre rubbed off just by learning it belonged to the twentieth century, the century in which I was born.

It’s still, in fact, a nineteenth century text, not yet shellshocked by the ravages of World War I. It’s a novel of industry and secret societies, wherein a central problem is the lawlessness of the mountains, not the failure of Western civilization to avoid near self-destruction, much less the West’s loss of its sense of purpose or righteousness.

So I’m aware that part of the appeal of Holmes is nostalgia. It’s an ironic nostalgia, to be sure. Not only do the stories belong to an era decades before my own, but they were a simulacra to begin with. The world has never been so discernible as Doyle would have us believe.

The appeal of Holmes, and many detective stories, is not really about reality, anyway. They’re little games, rather. The kind we loved as children, where the cards are stacked against us, but we try to beat the house anyway and are still delighted to discover the truth that had eluded us.

Maybe that’s why I always preferred the solo detective to the police procedural. Cop shows may assure us that the science and the brain power is out there to reestablish justice, but detectives, like Chandler’s Marlowe, face the world as errant knights of a disenchanted world.

The solo detective faces the world as the Western self, conscious of the dignity of his own mind and character, whatever his flaws, and convinced that life’s mysteries will give themselves up to the diligent student, that the game has a solution.

The games I play the rest of the day, when I’m not reading a Holmes story, may have solutions, but they’re not really games. Fighting still to pay off our student loan debt. Guiding an intense child prone to self-destructive behaviors.

The stakes are too high. The controlling intelligence seems absent. The solutions, presuming they are there, are either distasteful or altogether elusive. Sometimes I think I would have fit well into a fatalistic culture.

Thank God I was not born into one. What hope I have owes to my faith and, to a lesser extent, the optimism of my culture. It’s pathetic enough that an archlogician like Sherlock Holmes might be for me a lifeline to faith.

I’ve said before that Doyle’s vision of the world may not be a very Christian one. It is too deterministic or mechanical. That doesn’t mean it’s without its own romance. The Hound of the Baskervilles is only perhaps the best representative of a Gothic streak in Doyle that lends an element of the spiritual to his stories.

It’s the same formula later used to great success in Scooby Doo. A both/and strategy wherein our imaginations can be inflamed by unthinkable horrors only to, at last, be revealed as something quite human after all—though not always less horrible for that fact.

As I finished the first half of Valley of Fear, I found myself disappointed that Holmes plays so small a role. Much of the actual deduction falls to a kind of protégé in the form of a Scottish detective named MacDonald. It wasn’t enough that it was a detective story; I wanted a Sherlock Holmes story.

Holmes is not the most complex of characters, but his eccentricities still make him a fascinating study, and his very incompleteness, the way we only ever see him through Watson’s eyes, makes him ultimately mysterious, something of a cipher for our own desires—at least, for my desire for an intelligible world.

I want the Holmes who serves as a holy fool of the Age of Reason.

Of course, we all feel like outsiders from time to time, but it’s not pleasant to suggest you identify with a character who is conscious of being the smartest person in the room and doesn’t make friends easily.

Such substitutions are possible, such social sharing of being. It was done, we read, in the most absolute terms many years ago, and in my best moments I take joy in that.

In my weaker moments, I look to the lesser saints of the spiritual order, real and imaginary, to stairstep me back to my healthy faith.

Holmes, I believe; help my unbelief.

Above image found via Wikimedia Commons and used with permission under a Creative Commons License. 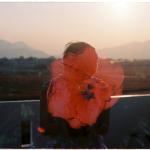 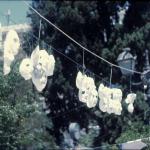 September 1, 2017 Poetry Friday: “The Psalm of Your Face”
Recent Comments
0 | Leave a Comment
Browse Our Archives
Follow Us!