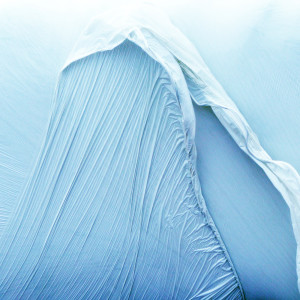 In the aftermath of three large hurricanes (Harvey, Irma, and Maria) the news has been filled with stories of communities recovering, trying to survive after the devastating impact of these incredible storms. Despite a lot of discouraging news, I have been moved by the reports of neighbors helping neighbors, strangers fishing each other out of flooded streets, the transcendental power of human decency. In the poem “A True Story,” Jennifer Maier uses eloquent, well-paced couplets to describe a man being comforted at the end of his life by a stranger, from another country. “He had no one.” His last request before his death, “Cool air, Cool air.” The stranger responds with all she can offer, the gift of her own breath on his forehead. This poem invites us into an intimate scene of both compassion and surrender that was perhaps all a “beautiful lie” she says. A moment that explains maybe what kindness really means. “The cold clarity of glass/ and the wide blue draft beyond.”

“A True Story,” by Jennifer Maier

An old man was dying in the hospital,
—-my friend the doctor told me.

He was eighty-nine, his whole life a tailor in a shop
—-below the room where he was born.

He had no one, so a kind aide from Ghana
—-sat with him, one hand in his

the other holding her sandwich. The waves
—-on the monitor slowed. His heart

was a small red boat on the long tide
—-going out. At the end he opened

his eyes. Cool air, Cool air, he said, and because it
—-was the twelfth floor, the windows sealed,

the aide leans over and exhales softly on the top of
—-his head, to ruffle his hair a bit,

and they stay like that for a few minutes until
—-he dies, his face turned to the breeze.

That was a long time ago. My friend is gone;
—-the hospital’s become a vacant lot.

Some nights I wake with those words in my ear,
—-unsure if they’re the plea of the old Jew

or the answering breath of the African woman,
—-or the beautiful lie that binds them,

like a dart and a seam; the cold clarity of glass
—-and the wide blue draft beyond.

Jennifer Maier is a professor at Seattle Pacific University and an Associate Editor of Image. Her work has appeared in Poetry, American Poet, Poetry Daily, New Letters, and on the Writer’s Almanac. Her first book, Dark Alphabet (Southern Illinois), was named one of ten remarkable books of 2006 by the Academy of American Poets; a second volume, Now, Now (Pittsburgh) was released in 2013. 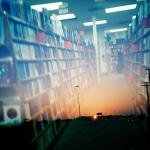 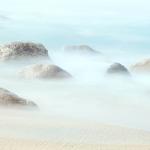 October 9, 2017 To Be Born Again
Recent Comments
0 | Leave a Comment
Browse Our Archives
get the latest from
Catholic
Sign up for our newsletter
POPULAR AT PATHEOS Catholic
1

A Response to the USCCB's Dangerous...
Steel Magnificat
Related posts from Good Letters