Poetry Friday: “Saint Francis Appears at the Scene of an Accident, Then Joins the Murmuration” 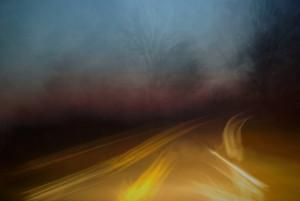 Reflecting on a strange or disturbing story as a distant narrator can often have a lasting impact. This poem by Becca J.R. Lachman is eerie and curious—it may or may not have actually happened but her storytelling is powerful. From the title we know there has been an accident. We also are asked to “Imagine the night, the boy, the stallion,/all of them closing in, loose/for the first time in months.” Every other stanza holds a rich chain of words like “Black. Muscle. Stars. Wind.” which loosely repeat and enhance the tactility of this gruesome scene. As a reader we are anchored in the tension of the accident as well as the mysterious aftermath, yet the poem offers hope and possibility at the same time. We are invited to explore our own ideas about light and dark, heaven and earth, animal and man without judgment. “Black. Wing. Song. Worm./ Black. Crust. Gravel. Gone.”

“Saint Francis Appears at the Scene of an Accident, Then Joins the Murmuration” by Becca J.R. Lachman

Imagine the night, the boy, the stallion,
all of them closing in, loose
for the first time in months. The car’s pointed
hood, the horse’s neck, a low
winter sky, farmland growing
houses in suburbia.

There were stars, yes, eyes squinted in velvet,
and squares of sudden color, bedrooms lit
like match heads, fathers running to see
what made that noise,
that noise, to rush through doors
into daughters’ bedrooms.

And there was death, too, of course, springing
out of the blackest ditch. The horse
was bred to run; its ankles
twitched for minutes. The boy
was seventeen; he woke
tasting metal, salt.

A man dragged the horse
to the side of the road, stayed with the boy
until squad lights found them. “Weirdest thing,”
one EMT said, shaken, “someone else out there
in the middle of nowhere. And a flock
of starlings carrying on, just like it was daytime.”

And the man, the man?
They want the rest,
want to know it has an ending.
Black. Wing. Song. Worm.
Black. Crust. Gravel. Gone. 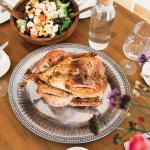 November 27, 2017 The Chopin Stitch
Recent Comments
0 | Leave a Comment
""It doesn’t matter when you start the Sinatra Christmas playlist or put up your tree. ..."
C_Alan_Nault How to Win the War on ..."
"Yup."
Max Marvel Finding My Inner Calamity Jane
"I an confused by the use of "aural" here: "In The Gutenberg Galaxy, he explained ..."
William G II The Gutenberg Imagination
"My friend is looking for a Pepper Smith he served in the army with, was ..."
Christine Budnack The Love Song of Pepper Smith
Browse Our Archives
Follow Us!