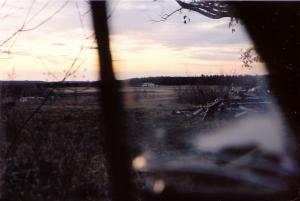 In the middle of life, I fell in love. For my forty-ninth birthday, my wife Lauren gave me a three-day visit by myself at a monastery in South Texas. I went there simply to read for a while and relax. I wasn’t a believer in much of anything, I wasn’t religious, and while I was there, I didn’t see any visions or hear voices.

But when I came back, I was on a path. Something had happened. An invisible hand was pressing me in the small of my back, propelling me forward.

At the monastery, I wondered whether the monks would try to convert their guest. I’d been around evangelists before. I kept waiting for someone to approach me with a carnivorous twinkle in his eye and ask, “Are you saved, my son?”

But nobody put the bite on me, and nobody tried to muscle me into the fold. Instead, the monks simply let me share their daily round of prayers, mass, and meals.

Maybe that was enough, simply sharing, because when I returned, Lauren gave me a wifely look and asked if I was planning to keep going to mass. Immediately the question seemed absurd, like the most unnecessary question a person could ask me.

“I guess so,” I said casually, but as I thought about going to mass, I felt a deep flurry of happiness, intense but reassuring precisely because it was so intense.

On the outside, I was sitting calmly at the kitchen table, but inside I was a wild man, happy and shouting, “Of course I’m going to mass! Are you crazy?!”

A year later, after a painful and bewildering conversion, I was on my way to becoming a Catholic. I had begun participating in the Rite of Christian Initiation of Adults, and in January, I decided to go see the monks again.

The year before as I drove down to the abbey, I was expecting the Hollywood version of a monastery, something like the label on a brandy bottle: charming and European with vineyards, massive stone buildings, and ivy-covered cloisters.

I wanted sturdy monks singing with deep, vibrant voices, like in the Gregorian chant CDs I played at home when I took hot baths and lit little sticks of incense and tried to feel spiritual.

Then I got there. Good Lord, I thought. The main building was a long, single-story structure covered with crumbling stucco; it looked like a cheap motel. The other buildings were made out of plastic Quonset huts joined together and spray painted white. Weeds were growing in the sidewalks.

Today, a year later, everything looked the same except a year older, a bit shabbier. I stopped at the front desk.

A gray haired monk in a black habit was listening to A Prairie Home Companion on a portable radio. I thought I recognized him, but I gave him my name. “Oh yes, we remember you,” he said. “We’ve been praying for you.”

What did that mean? I didn’t ask. I thanked him and walked over to the retreat center. My room was the one I’d had before, in St. Meinrad Hall. I had already made an appointment with Carmen, the spiritual director. We had talked a year ago, and it was obvious to both of us that I had had only the vaguest sense of God and the spiritual life. I wondered how she would react when I told her what had happened to me.

At our meeting, Carmen smiled, waiting for me to begin. I took a breath, then dropped my bombshell: I was joining the Church.

I paused. That’s it? A nod? I’d just told her about one of the biggest events of my life. God had spoken! And spoken to me! I wanted congratulations, high fives.

Nothing. She waited for me to continue. So I filled her in with what I’d been trying to do spiritually over the past year, all the reading, the thinking, the self-assessment, etc.

She waited until I rolled to a stop. “It sounds like you’ve been very busy.”

“Actually, I feel like I’ve been wasting my time all these years, so maybe now I’m playing catch up,” I said.

“Yes, my direction for your stay here is—no direction. Just listen. That is, feel, taste, sense what’s around you.”

I was furiously writing all this down in my notebook.

She waited until I’d stopped, then continued, “God has brought you here for a reason. So just wait. Something will happen. Don’t worry about whether you accomplish something or not. God talks to us in moods, dreams, memories, impulses, images. So open yourself to these things. Just listen.”

That night, like the first time I came to the abbey, I couldn’t sleep. The room seemed stuffy, and the mattress sagged in the middle. I kept turning and checking my glow-in-the-dark travel clock. Carmen said I was here for a reason, so what was it? Had I made a mistake coming here? Had I changed? Could I say that I truly loved God?

A TV evangelist in my head kept shouting at me, “Do you accept Jesus Christ as your personal Lord and Savior? Huh? Do you?” Yes, I said. But did I really? No. I mean, yes! Well, yes…in a way.

Tomorrow in Part 2: The author attempts to waste time. This guest post originally appeared at Good Letters on July 12, 2012.

Richard Cole is the author of Catholic by Choice: Why I Embraced the Faith, Joined the Church, and Embarked on the Adventure of a Lifetime (Loyola Press 2014). He has also written two collections of poetry: The Glass Children (University of Georgia Press) and Success Stories (Limestone Books). His poetry and prose have appeared in The New Yorker, Poetry, Hudson Review and Image. 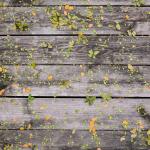 January 18, 2018 On Monks, Conversion, and Radio Astronomy, Part 2
Recent Comments
0 | Leave a Comment
""It doesn’t matter when you start the Sinatra Christmas playlist or put up your tree. ..."
C_Alan_Nault How to Win the War on ..."
"Yup."
Max Marvel Finding My Inner Calamity Jane
"I an confused by the use of "aural" here: "In The Gutenberg Galaxy, he explained ..."
William G II The Gutenberg Imagination
"My friend is looking for a Pepper Smith he served in the army with, was ..."
Christine Budnack The Love Song of Pepper Smith
Browse Our Archives
Follow Us!