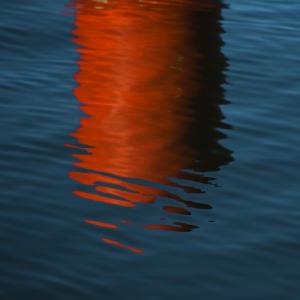 Literary reader of faith: I urge you now, as I’ve urged friends, students, and anyone who would listen for over a decade, toward the poetry of Adélia Prado. She is without question one of our greatest living poets, her inimitable voice at once earthy and mystical, unassuming and ecstatic. In her introduction to The Alphabet in the Park, Prado’s first book in English, translator Ellen Doré Watson tells the story of the “discovery” of Prado in the 1970s by Brazil’s preeminent poet at the time, Carlos Drummond de Andrade. While Prado herself remained characteristically humble (“I’m a simple person, a common housewife, a practicing Catholic,” she said), Drummond, upon reading her poems, pronounced in his Rio de Janeiro newspaper column: “Saint Francis is dictating verses to a woman in Minas Gerais.” This endorsement earned Prado’s work the attention it deserved in her home country, and yet she remained untranslated into English until 1990, when Doré Watson, thank God, took up the mantle. So what we have in this poem is indeed buried treasure, as a Prado translation is a rare gift. As I bask in these lines, I’m reminded of a question Scott Russell Sanders asks in his essay “Buckeye”: “How can our hearts be large enough for heaven if they’re not large enough for earth?” Now give yourself over to Adélia Prado, then get one of her collections. Her work has the power to change the way you think about the art of poetry and the throne of grace.

Farther away the closer it gets,
time outwits science.
This fossil is how many millions of years old?
The same age as my pain.
Love laughs at swagger,
men sleepless over their calculators.
The invisible enemy decks himself out
to keep me from saying what makes me eternal:
O world! I’ve loved you ever since
the unrebellious angels came on the job.
To save myself from notions leading nowhere
I say: I adore You.
Knees on the earth, I adore You,
O gold-bearing mustard seed,
tiny heart in the entrails of minerals.
In mud, feces, and suspicious secretions
I adore You, I love You above all things.

Translated from the Brazilian Portuguese by Ellen Doré Watson

Adélia Prado is one of the foremost poets of Brazil, praised both in literary circles and the mainstream media. The author of six books of poetry and six of prose, Prado was praised byVeja (Brazil’s Newsweek) as “a writer of rare brilliance and invincible simplicity.” The Alphabet in the Park: Selected Poems of Adélia Prado, translated by Ellen Doré Watson, was published by Wesleyan in 1990. 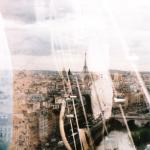 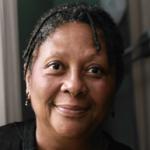 February 19, 2018 A Conversation with Marilyn Nelson: Part 1
Recent Comments
0 | Leave a Comment
""It doesn’t matter when you start the Sinatra Christmas playlist or put up your tree. ..."
C_Alan_Nault How to Win the War on ..."
"Yup."
Max Marvel Finding My Inner Calamity Jane
"I an confused by the use of "aural" here: "In The Gutenberg Galaxy, he explained ..."
William G II The Gutenberg Imagination
"My friend is looking for a Pepper Smith he served in the army with, was ..."
Christine Budnack The Love Song of Pepper Smith
Browse Our Archives
Follow Us!