Poetry Friday: “The Preacher Addresses the Seminarians” by Christian Wiman 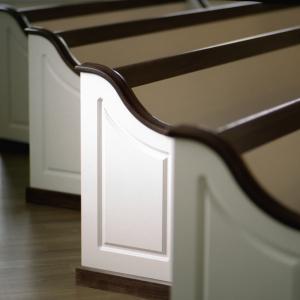 I once met a beer-guzzling goat like the one in Wiman’s poem. His name was Clay Henry, and he was elected the honorary mayor of Lajitas, Texas in 1986. But my deeper resonance with “The Preacher Addresses the Seminarians” lies in my identity as a seminary dropout who backdoored his way into the preaching life.

A first-person narration like this one shouldn’t be able to pull off such clarity and personality while freighted with such dense diction and imagery, but Wiman’s artfulness is rooted in a rugged handiness with language. Like Shakespeare’s, Wiman’s neologisms—“gluefutured”, “churchcurdled”, “unthunder”—seem simultaneously old hand and wholly new. The almost nonsense playfulness (“hominy homilies, dipstick doxology”) hammers home the thunking cynicism present from the first line.

Indeed, the poem’s gloomily rehashed liturgy leaves the imagined audience of bright-eyed seminarians viewing the narrator as a cautionary tale. They pity him; they picture how they will avoid ending up like him. The rhetoric of the second half of the poem, though, allows no differentiation, no distance, no escape. The speaker blocks any sidestep into unthinking optimism, what Bonhoeffer called “cheap grace.”

Before the students can hold forth from the pulpit, they must reckon with the necessity of their own failure and the twitching, writhing goat that watches them die.

“The Preacher Addresses the Seminarians,” by Christian Wiman

I tell you it’s a bitch existence some Sundays
and it’s no good pretending you don’t have to pretend,

toward whatever hell your heaven is on days like these.
I tell you it takes some hunger heaven itself won’t slake

to be so twitchingly intent on the pretty organist’s pedaling,
so lizardly alert to the curvelessness of her choir robe.

we don’t so much sing as haunt: grounded altos, gear-grinding tenors,
three score and ten gently bewildered men lip-synching along.

You’re up, pastor. Bring on the unthunder. Some trickle-piss tangent
to reality. Some bit of the gospel grueling out of you.

I tell you sometimes mercy means nothing
but release from this homiletic hologram, a little fleshstep

sideways, as it were, setting passion on autopilot (as if it weren’t!)
to gaze out in peace at your peaceless parishioners:

boozeglazes and facelifts, bad mortgages, bored marriages,
making a kind of masonry in faces at once specific and generic,

and here and there that rapt famished look that leaps
from person to person, year to year, like a holy flu.

All these little crevices into which you’ve crawled
like a chubby plumber with useless tools:

like a bite of tin some beer-guzzling goat
either drunkenly or mistakenly decides to sample.

I know what you’re thinking. Christ’s in this.
He’ll get to it, the old cunner, somewhere somehow

there’s the miracle meat, the aurora borealis blood,
every last atom compacted to a grave

and the one thing that every man must lose to save.
Well, friends, I’m here to tell you two things today.

First, though this is not, for me, one of those bilious abrading days,
though in fact I stand before you in a rage of faith

and have all good hope that you will all go help
untold souls back into their bodies,

ease the annihilating No above which they float,
the truth is our only savior is failure.

Which brings me to the second thing: that goat.
It was real. It is, as is usually the case, the displacement of agency

that is the lie. It was long ago, Mexico, my demon days:
It was a wager whose stakes I failed to appreciate.

He tottered. He flowered. He writhed time to a fraught quiet,
and kicked occasionally, and lay there twitching, watching me die. 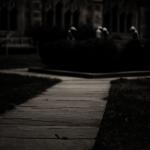 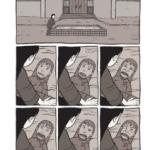