Poetry Friday: “God Reads the Poem of the World with Interest” 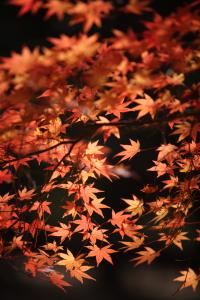 How to image good and evil? It’s hard to do in a way that astounds us afresh with how they penetrate every aspect of our lives. Yet Jeanne Murray Walker manages to do this in “God Reads the Poem of the World with Interest.” Evil is terrifyingly concrete: men setting a boy’s mother on fire and others who simply watched. Good is concrete too, personified by the boy’s teacher, who cares for the boy in a tender way that a mother would do. And then there’s the ambiguous penultimate stanza, with its image of a future where the boy will become blind. Yet this isn’t presented in tragic tones, because the floating orange leaves of the poem’s opening are still “seen.” Walker’s vision of our world is fundamentally positive. She closes the poem by returning to the teacher who still “sneaks / food to broken kids” — and who then, in the profound final sentence, becomes God’s body.

“God Reads the Poem of the World with Interest,” by Jeanne Murray Walker

and the hungry boy with a cowlick

they say, who watched men set

his mother on fire.

brings him cheese and apples

in her blue cloth bag

and when he wipes his nose

on his shirtsleeve, she offers him

with the same fingers that now

grasp his yellow pencil, he

will some morning lift out

the lenses of broken eyes,

his hands delivering the blind

to see how orange leaves can swim

through air—the rods and cones

he’s learned, the macula, the cornea,

while his old teacher still sneaks

food to broken kids, because?

Because God has no body here on earth

This post originally appeared in issue 94 of Image Journal.

Jeanne Murray Walker’s most recent books are Helping the Morning (Word Farm) and The Geography of Memory: A Pilgrimage through Alzheimer’s (Hachette). A book of sonnets, Pilgrim, You Find the Path by Walking, is forthcoming next year from Paraclete. She teaches in the Seattle Pacific University MFA program. www.JeanneMurrayWalker.com. 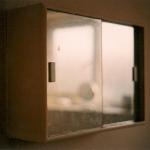 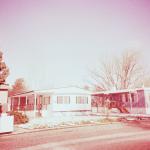