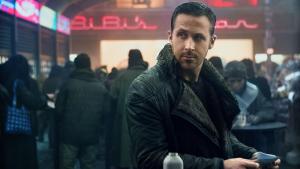 For a long time I’ve said that the 1982 film Blade Runner is my favorite motion picture, though I’m really only a small-time devotee of science fiction. I find many examples of the genre fail to achieve its high calling by degenerating into childish self-indulgence. And movies that fit the category often run even further astray, especially when they aren’t attached to a master writer.

Without the strange combination of artistic and scientific genius that belong to the greats of the field, a film version can become an arcade game—loud, gory, and ultimately boring.

But Ridley Scott’s Blade Runner—adapted from virtuoso Philip K. Dick’s Do Androids Dream of Electric Sheep?—is superior both visually and thematically. Further, it’s one of the most profound film homages ever made to that which makes a human truly human—or put another way, makes a being truly noble. Its themes borrow from Paradise Lost and Dante’s Inferno, among others, but are founded upon the creation and fall story from Genesis as well. Finally, from a Catholic viewpoint, the Triduum of suffering, reclamation, and resurrection is writ large.

For the uninitiated, the story is set in a dying, futuristic earth in which everything that is good has moved “off-world” to other colonies. These places were built by replicants, synthetic humans created by a sinister corporation. When some rogue replicants return to earth hoping to disappear into the depleted culture, the police retain a “blade runner,” whose job is to hunt and “retire” them. Deckard (Harrison Ford) reluctantly takes the task, but finds himself increasingly torn by questions about freedom, memory, humanity, and that great old bugbear itself—reality.

So with such great respect for the original film, I carried more than a small bias against any sequel. And when I heard it was going to be done without Ridley Scott, well…

But after viewing Blade Runner 2049, I take it all back. It’s a marvelous film, capturing the mystery of the original that respects its themes while deepening them. Director Denis Villeneuve and storytellers Hampton Fancher and Michael Green know the power of the work lies in expanding upon what is already there. Although the movie wasn’t a great success when released last year, that doesn’t worry me; the original film didn’t find a following until later either.

In the new work, an improved set of replicants have been made by a corporation run by Niander Wallace. Unlike their predecessors, Wallace’s replicants are supremely obedient—slaves, who act like “angels.” One of them, a blade runner called “K” (Ryan Gosling), placidly takes on his job of “retiring” the older, insolent version of his kind, and is sent to a remote farm to exterminate the owner. But when he arrives and accomplishes his task, he’s confused not only by the dying replicant’s mockery of him—“You’re happy scraping shit because you’ve never seen a miracle,” the humanoid says, enigmatically—but also by the discovery of a long-dead body buried beneath a nearby tree.

When the body is exhumed at police headquarters, the pathologist states that it is that of a woman who died in childbirth. And to the dismay of all, the woman was herself a replicant. Since replicants are thought incapable of reproducing, the discovery is dangerous. If word gets out, replicants will might begin to believe that there is hope for them, that reality is not foreclosed—that they might even have souls.

Of course, they will not submit to their slavery anymore, the police chief says, and a chaotic war will ensue. They will be like apes that raise their eyes from the earth as wonder settles into their gazes, quickened at the sound of something wonderful passing in the garden.

Inspired by this sight, K uncharacteristically remarks that a thing born is a thing with a soul. Of course, this is a challenge, and the Chief reminds him that as a killer, he’s been getting along without a soul just fine. In Herod fashion, she orders him to deny what he’s seen, then find and kill the child before an insurrection can start.

Like his predecessor, Deckard, K is sent out on a mission through the wild borders of humanity. Eventually, he confronts Wallace himself, the blind creator of the replicants, who destroys his deficient models even while caressing them. Their deficiency, it seems, is that they can’t reproduce. Despite his savagery, the man notes how every being clings to life as its primal urge: “before we even know what we are, we fear to lose it.”

But Wallace is a man who wants to be God—a man who wants to retake Eden—and thereby loses the right to be a man. So he sends his own replicant, the perversely named “Luv,” to find the child before K, so that it can be enslaved into a breeding machine and produce a means by which to dominate the universe.

In the chase, K stumbles upon a range of characters, some who fight to enslave, others who want to be slaves, and some who yearn to taste freedom in the hope of something better.

“Dying for the right cause,” he is told, “is the most human thing we can do.”

To the person of faith, K’s journey is a familiar one. But retold in this fantastic way, through the power of this genre, it is fresh and mesmerizing.

We too are enslaved, debased, and dying. We too long to be free. And to our wonder, we find that we can break our chains, attain our humanity, only by replicating that which is most like what we seek to emulate—by copying the great sacrifice of mercy, afforded to those who deserve none.

“What am I to you?”—is the great question the film asks—“What am I, that you should do what you do for me—one to whom you owe nothing, from whom you can gain naught?”

And the only answer that can be given is one of recognition: “I do this, because you are like me. Just like me.” 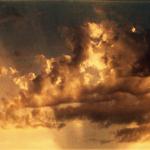 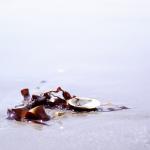 April 3, 2018 How Can I Speak of Haiti?
Recent Comments
0 | Leave a Comment
""Aural" refers to hearing, "visual" to seeing"
merphd The Gutenberg Imagination
""It doesn’t matter when you start the Sinatra Christmas playlist or put up your tree. ..."
C_Alan_Nault How to Win the War on ..."
"Yup."
Max Marvel Finding My Inner Calamity Jane
"I an confused by the use of "aural" here: "In The Gutenberg Galaxy, he explained ..."
William G II The Gutenberg Imagination
Browse Our Archives
get the latest from
Catholic
Sign up for our newsletter
POPULAR AT PATHEOS Catholic
1

Avoid Universalizing Private Devotions And Cultural...
A Little Bit of Nothing
Related posts from Good Letters