Cutting Away the Noise 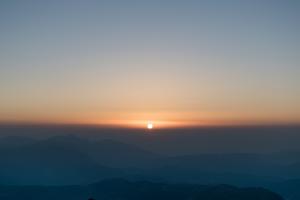 Fifteen years ago, there was no end to the noise. It took a cutting to get me to silence.

I worked twelve-hour days and longer in an aircraft hangar on a flight line of hundreds of helicopters with the cacophony of auxiliary power units, the collision of metal, and rotor blades beating the air outside, sounds so loud earplugs and noise-canceling helmets were required.

After my shift I would climb into my car and turn on the radio, classic rock or country at a moderately high volume, and drive home to my condo. There I turned on CNN while making something simple for dinner. I watched the thirty-minute circuit and then left it on for company.

Other noise and other stories ensured I didn’t go too far into my own deadening loneliness. I found silence terrifying, though I didn’t see it that way then. I liked motion, and noise, and doing things. I talked a lot. That’s where I saw and added value, where my sense of self worth lay.

Several years later, my hands led me to quiet. I’d spent my twenties with painful inflammation in my hands, multiple instances of trigger finger, a condition usually afflicting the elderly. In trigger finger, the tendon running the length of the finger becomes inflamed, catching on the covering sheath, painfully catching when the finger moves. In surgery, a cut is made at the base of the finger slicing the A-1 pulley covering the tendon, allowing it to move smoothly again.

After one surgery failed to heal correctly, I had both hands operated on at one time against the advice of the surgeon. I had decided I didn’t have time to wait two weeks per hand away from workouts and work. Back at my apartment in the west Texas desert, I lay on the couch, both hands bandaged, my head foggy from narcotics.

I’d prepared food in the fridge and unscrewed the lids of jars I’d use. I found a housekeeper to come and do my dishes; food left out in a warm climate attracts critters in a hurry. I had to ask a friend to come and wash my hair. And I lay useless on the couch, watching the light come in through the blinds on my porch door and making its way lazily across the living room carpet.

I remember not being able to find the remote to turn on the news, feeling thick from painkillers and my hands throbbing, the keenness of violated flesh dulled by drugs. I resigned myself to lie there in the quiet. In the stillness.

I heard for the first time, though I had lived in the apartment for many months, the sound of mourning doves. Their calls moved through the porch doors as though from another world, and in a way it was, a world I had not stopped long enough to know.

I felt a slowing during those two weeks, as though the quiet pushed back on the clock while quickening my senses.

After two weeks I could drive. Getting into my car, I reached for the radio and paused. I put my hand back on the wheel. I heard birdsong as I closed the door, and I let myself notice it. I heard the car door close, the seat belt click, the ignition spark, the engine turn, the sticky tires backing out of a parking space, the rough pavement, the wind outside. This was far from silence, but they were new noises for me, or my ears were newly trained to a pace that could recognize them, hold them.

Over breakfast at home I started to listen for the mourning doves before I headed to master’s swimming, and knowing they were somewhere nearby, I looked at the desert landscape differently, too. One night I heard a coyote, a wavering ghostly sound. The apartment manager explained there was a den just one valley away.

Acoustic ecologist Gordon Hempton says that silence is on the verge of extinction.  In an interview with Krista Trippett, he says that the modern measure of silence is the noise free interval, he says, and has documented only twelve places in the United States where there is at least fifteen minutes of real silence.

“This kind of silence is not the absence of sound,” Hempton says. “I mean silence from modern life…what it means to be in a place.” He connects intimacy to the ability to listen at a primal level, something upon which a noisy environment intrudes. “When we truly listen, we have to anticipate we might become changed.”

“Just (to) be here; that is often the challenge for adults when it comes to silence,” says Hempton,”because we are so busy being some place else. When we are in a silent place where there are no distractions we finally get to meet ourselves, and that can be frightening…it’s practically fear of the unknown.”

In 1 Kings, God instructs Elijah to go out and watch as God passes by. Elijah sees great winds, an earthquake, a fire, distractions and shows, the inflammation of our daily lives, but that was not where the Lord could be found. But “after the fire came a gentle whisper,” or, in the King James Bible “a still, small voice.” It was in stillness, in silence, that Elijah could hear the Lord.

Silence for me allowed awareness, and awareness attention. “Prayer is …attention in its purest form,” says Simone Weil, who also notes that “attention is the rarest and purest form of generosity.” I found I was, slowly, better able to pray. My flesh had been cut, and for two weeks distractions sheared away.

Sometimes a cutting is required to see the beauty that lies beneath.

Hempton said we meet ourselves in silence, but entering the scary realm of quiet I moved through myself into the world. Quiet permitted a new kind of intimacy. And there I was able to find myself no longer so alone.

This post originally appeared at Good Letters on July 31, 2013.

Shannon Huffman Polson is a speaker, author of the memoir North of Hope and short book of essays, The Way the Wild Gets Inside, veteran, and founder of The Grit Project. Polson’s first short fiction is included in the anthology The Road Ahead. Her book The Grit Project is forthcoming from Harvard Business Review Press in 2019. She can be found writing or with her family in Washington’s Methow Valley or Alaska, and online at shannonpolson.com. 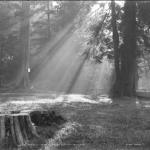 June 4, 2018
Writing the Land and Its Story: An Interview with Paul Kingsnorth, Part 1
Next Post 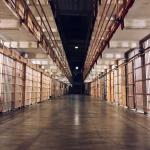