The Vision Will Not Disappoint 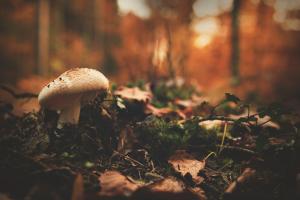 It is a miracle that we do not love; love is the watermark in the parchment of our existence. It is to love’s melody that our limbs respond. Whoever loves is obeying the impulse of life in time; whoever refuses to love is struggling (uselessly) against the current.

Two birds that may be hawks, but are probably just turkey vultures whirl over my head, circling through the clear blue light of the quiet cul-de-sac—my own quiet Galilee.

I am jealous of them, and the ants that swarm the border of grass and concrete—the edge of yard and curb.

It’s fairly cliché to be jealous of the ability to fly, but I have just come back from a stroll that taxed the muscles catching and joints popping in my legs—I cannot even walk now.

Earlier this summer, while I was sidelined by running injuries, the shirtless runners on the sunny banks of Milwaukee’s lake Michigan coast taunted me. Now, as the aches compound upon themselves, even the families who leave the soccer stadium, kicking their feet and swinging their hips without the least concern inspire jealousy.

In such a limping state, these birds are not to be borne.

Ants, unlike foxes and the son of man, find a place to rest their heads. In between the finding of it and the building of it, ants never do seem to find the chance for that rest, though.

Watching them make a home they will never enjoy, my eyes brim with tears at the knowledge the ants seem to reveal: life is mostly comprised of stitched-together hopes, and woven out of plans whose fruition hangs on a thread. Ants pursue a vision of stability, but never actually reach it.

Sometimes, one is (I am) tempted to doubt the entire vision, particularly when it seems to unravel in my fingers.

Maybe the vision of the charitable and kind world you have operated on thus far was a lie, a quiet voice whispers in my ear.

Perhaps I am just another victim of a cosmic hoax by Descartes’s deceiver. Maybe the force that drives world history is not the care of a loving writer, but the tension of a giant cosmic bet between God and demon. We are being sifted until there is nothing left but whatever thread of evil lies at our core, which was going to erupt from us anyway.

Can we really depend on a Providence to guide our lives for good when that same God dooms ants to toil ceaselessly for home?

Maybe you have reached the end of goodness, the voice suggests, while I watch the ants. Time to grow up and wake up from the dream. The real world is not so kind as your visions of charity; it is not so sweet or easy—certainly not light. The real world is the apprehension of nothing and the fight to forget it.

There is nothing strictly holy about golden hour sunshine on oak trees, and there is nothing about the light blue of the sun stretching deep into the evening of a Minnesota summer night that is revelation, per se.

But, it seems to me that to encounter hallowed ground is to face a choice: to take off our shoes and tread lightly, or stomp out the fire in the bush. We can accept the vision that comes to us through flaming leaves and sticks as God.

But to deny God glimpsed is to pay the price of willingly blurred sight. The flickering vision, burning with a faithful beauty, lies just beyond our sorry veil of tears and lies.

The question tonight’s beauty poses is: was Horeb home to a God who only chooses mountains to reveal himself? Or was the bush that burned there merely one of many?

Do we tell stories of seers’ lips burned with flaming coal to remember that prophets have encountered seraphim only on rare occasions—or is conversation with angels a quotidian occurrence?

If God carved letters in the stones on Sinai, and if one carpenter was crucified as God, I think we have it on fairly good authority that humans are creatures meant for contact with the divine. That such close contact happens, or is meant to happen, not just between God and our foremothers and forefathers, or between the Lord and prophets in deserts, but between God and us, too.

If God’s feet touched the dusty coastline of the Sea of Galilee, and God’s fingers brushed the water from the boat, and God even sunk his teeth into fresh fish one day at breakfast on the sand, then what is to prevent that God from being here—in the Midwestern sky broken by the slight lines of soaring wings and rays of sunshine?

Great lengths have been gone to reach you, sitting on the grass under the oak tree, sings the sun.

Efforts have been expended on communication that was not exhausted in one burst of flash-in-the-pan theophany—even in an extended epiphany like incarnation. Rather these forays of God to speak in the language of creation’s palpability are perhaps signposts pointing to a dialogue that is, at least on one party’s end, continuous and constant.

For one moment, the prolegomenon-to-sunset sky above me is that burning bush. To all in me that cries: No! that insists I will not be taken in, that the vision will disappoint, that really it is Nothing who has the final say, the world offers itself up as a stubborn, contrary vision of beauty.

To drown out my No! the world sings Yes!

This moment is a vulnerable vision, like the burning bush, which can be stomped out easily. A mundane vision made of earthly beauty that demands the eyes to see the voice of God speaking from its depths. This vision gently invites the visitor to bare her feet, entering into a covenant of defenseless nakednesses with the divine.

The vision guarantees nothing beyond its boundaries. But it is the only vision that is, perhaps, in itself, enough. The truth behind that vision—that there is a God whose name is love—remains, deeper than disappointment, fear or pain, the watermark in the parchment of our existence.

Renée Darline Roden is a recent graduate of the Master of Theological Studies at the University of Notre Dame and a New York City-based playwright. She blogs about the sightings of grace in her life at Sweet Unrest.

About Renée Darline Roden
You can read more about the author here.
Previous Post 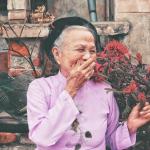 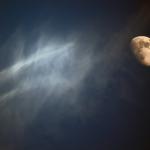