Thinking is better than “knowing”

“Knowing” is overrated. As a lifelong Christian and lifelong Muslim bound together in marriage, my husband and I have drastically scaled down the list of things each of us “knows for sure.” We’ve realized how many tenets of our received faiths are based on man-made theology – and we’ve chosen to do without them. Today, we look back at this learning experience as a great blessing and a great liberation.

Here’s an example of something my husband used to “know” for sure (with his permission to share):

Traditional Islamic doctrine says that, in order to be a Muslim, one must say the creed:

According to the very conservative Islamic tradition in which my husband was raised, that sentence seals the deal. The doctrine went unchallenged in his life because he was surrounded by people who believed as he did. It was a fact.

Once, when he was visiting relatives back in the Middle East, he chatted with his young adult nephews during a soccer game commercial.

The subject of ISIS came up. The nephews said, “those guys are going to hell.” Hubby said, “no, they’ll make it into heaven eventually. They’re Muslims.”

The nephews set him straight: “No, Uncle. They’re not Muslims. That behavior is not what Islam teaches.”

My husband thought for a moment – actually thought for himself. A light bulb went on. “That makes so much sense! I never really questioned it, but they’re right  – being a Muslim isn’t just about saying one sentence. It’s about living in the spirit of Islam!”

And then another light bulb. “Wait a minute, is that the only thing I learned that isn’t true? Maybe there are other things I should question!”

And then he went back to watching the soccer game, a changed man.

I wish my own light bulb experience had been that humdrum. (I’ve written a bit about it – in my bio and here.)

Me, before: “It’s nice to know that I’m part of the only true religion in the world, and to have a community of likeminded, good, humble Christians around me.”

Me, after: “Some of the people in my community – including at least one pastor and others in spiritual leadership positions – have been manipulating people (including me), in the name of Jesus. Wait a minute, I never really questioned it before, but there’s something wrong in a paradigm where this can happen. These people can’t be trusted. This paradigm can’t be trusted. I don’t know what is true anymore!” (Disclaimer: I never stopped believing in God. I did stop believing in people and all people-made ideologies.)

This is called having the rug pulled out from under you, and finding a bottomless pit beneath your feet.

Well, not quite bottomless. I landed eventually.

But when I did, I knew only one thing for sure: that I don’t know anything for sure. Believing is just believing – it’s not knowing.

A book that’s on my reading list is called “Benefit of the Doubt: Breaking the Idol of Certainty,” by Gregory A. Boyd.

On his blog, the author discusses why faith is not the same thing as certainty. This is worth pondering.

Boyd suggests that certainty – “making yourself feel certain” about your beliefs –

can cause people to fear learning things that might make them doubt the rightness of their beliefs. It thus creates a learning phobia that in turn leads many to remain immature in their capacity to objectively, calmly, and lovingly reflect on and debate their beliefs.

It’s self-serving and self-deceptive to strive to feel certain while also telling yourself you’re concerned with truth. A concern for believing the truth requires us to take seriously the possibility that our current beliefs are mistaken.

Exactly. The need we have to be right, to know we’re right (and therefore, everyone else is wrong), is the very thing that can keep us stuck in a lifetime of ignorance – arrogant ignorance. (And it can be harmful.)

When you mistake dogma for fact, you become entrenched. And not in a good way.Have you ever refused to even listen with an open mind to someone who thinks differently? I know what you’re thinking: “I would never do that, but I know several people who do it to me all the time!”Mmmhmm. (I’m raising an eyebrow, if you can’t tell.)

Why not test yourself to make sure you’re as open-minded as you think you are? Start a conversation with a non-like-minded person, in which you sincerely ask them to explain their position on an issue, and then ask good questions – not trap-questions! Only clarification questions and deeper understanding questions.

And then thank them for sharing.

Your gesture may be reciprocated, and that would be great – but don’t do it for that reason. Just do it to walk the talk of open-mindedness. Start some healing in our world!

Tune in next time! And sign up for my newsletter! 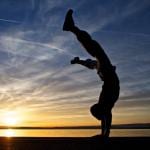 September 17, 2020 Gnats, camels, and Christian indifference
Recent Comments
3 Comments | Leave a Comment
"Comments are open at last"
Kathy GraceColoredGlasses Ramadan for Christians: fasting in wartime
"Comments are open"
Kathy GraceColoredGlasses Can Christians lead the way in ..."
Browse Our Archives
get the latest from
Grace-Colored Glasses
Sign up for our newsletter
POPULAR AT PATHEOS Progressive Christian
1 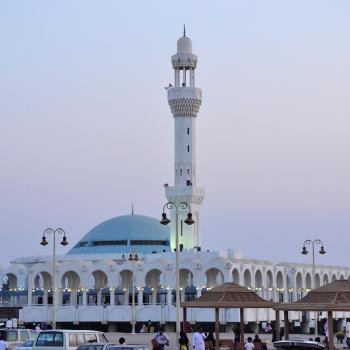