Human rights advocates have been using the word “apartheid” to describe Israel for years, but sometimes it makes folks uncomfortable. It’s not a word to use lightly. Is it legitimate?

In fact, as long ago as 1961, the prime minister of South Africa declared, “Israel, like South Africa, is an apartheid state” – and he should know.

Especially after Israel implemented a checkpoint-and-permit policy (mid-90s) and built a wall around the West Bank (started early 2000s – read about it here), the word was used more frequently – except in the US.

In 2009, the Human Sciences Research Center of South Africa (HSRCSA) released the results of a 15-month-long study, grounded in international law, comparing South Africa to Israel. Its findings were conclusive: YES, it is apartheid – and colonialism (read a summary of the study, and the definition of apartheid, here).

In 2017, the United Nations issued a report using the word – then withdrew it under pressure from “powerful member states” (I wonder who that could have been).

A number of human rights organizations (several of them Israeli) now use the word – and have ample documentation to back up their assertion.

“Apartheid” is picking up steam, even in some parts of the US. (Even 25% of Jewish Americans polled believe Israel is an apartheid state.)

Would Jesus be against apartheid?

Churches ought to be on the forefront of every fight for human rights, and some denominations have done a pretty good job advocating for Palestinian rights (read this and this for example).

But now, the United Church of Christ has courageously positioned itself as the first Christian denomination to call Israel’s system of laws and legal procedures “apartheid” and “sin.”

As the UCC website reported, some conference attendees wanted to drop both of those startling words, in an effort to avoid offending friends and colleagues of other faiths. While it might make a few people feel more comfortable to pretend that “apartheid” and “sin” are not a reality in the Holy Land, all that would do is perpetuate the injustice.

Ultimately, both “apartheid” and “sin” stayed in the language of the resolution – and it still passed with 83% of the vote (14% voted against, 3% abstained).

Look again at those numbers: just 14% of delegates objected to the statement. These were likely the same folks who pushed for softer language – and they almost got it.

That small cadre – those who don’t want to feel uncomfortable, or don’t want to make someone else uncomfortable – exists in probably every community. For whatever reason, even though these groups are small, they tend to be loud and insistent. They often try to shame the rest of us.

Of course they do – advocating for the oppressed always triggers backlash.

One common argument against the apartheid allegation is that it “singles out” Israel, instead of denouncing all countries with human rights violations. Well, as it happens, many Americans feel that Israel’s abuses are particularly egregious because they are accomplished with massive aid from the US (read about it here, or check out this video) – and by a country that claims to be a democracy with values similar to ours.

Some people fear that it would be anti-Semitic to criticize Israel, because it’s the only Jewish state. But apartheid is still apartheid, regardless of who is carrying it out.

We need to stand tall for justice, not cower before a handful of people (which may include ourselves) who are afraid to ruffle feathers.

Many Christians have been taught the merit of gentleness, how blessed it is to be meek, to turn the other cheek. But Jesus never encouraged timidity in the struggle to set free the oppressed.

We have a duty as Christians to resist the urge to stay in our comfort zone. We need to urge our cautious sisters and brothers to call sin “sin,” and apartheid “apartheid” – even if it makes a few people angry. Because if we don’t, Palestinians will pay the price. And they have already paid too much for too long.

It is possible – it is necessary – for us to stand up boldly on behalf of the oppressed in spite of our own discomfort and that of others. Jesus did.

In fact, not only did Jesus advocate for the oppressed, he told us in no uncertain terms that doing so is what qualifies us for eternal life!

Not only did Jesus advocate for the oppressed, he told us in no uncertain terms that doing so is what qualifies us for eternal life!

Again: Jesus told us that advocating for the oppressed qualifies us for eternal life.

What Palestinians need most is for Americans to get familiar with the facts about their situation, instead of listening to what mainstream media has to say (I coauthored a study about that very subject – find it here).

Palestinians don’t want your money. They want justice – that requires the US government to stop subsidizing apartheid.

Consider getting on the mailing list for one of these Christian orgs that works for justice for these dear people: FOSNA, Bright Stars of Bethlehem, Christian Peacemaker Teams. I can personally vouch for the legitimacy of all three groups.

(BTW, If you’d like to comment on this post, please head over to my Facebook page. And if you’d like to try receiving my free newsletter, go here – it’s easy to opt out if Grace Colored Glasses is not your cup of tea.)

If you want a crash course in the Palestinian issue, I just happened to have written one recently. Below are a few other articles that I’ve meticulously researched and lovingly written:

Here are some of my past Patheos posts, also about the Palestine issue:

I also commend to you Writing From the Edge, a Patheos blog by Robert Cohen. He speaks compassionately about the Palestine issue from a Jewish perspective. 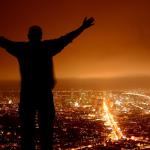 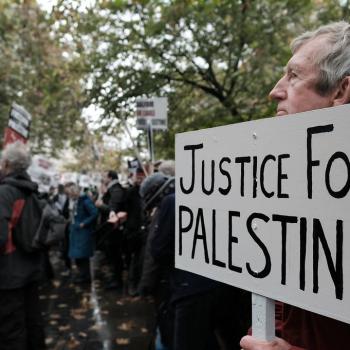