Why every Christian (yes, you) should pray for Gaza

If you follow international news at all, you may have heard about Israel’s “military operation” against Gaza early in August. We as Christians need to know the truth about this situation.

In the past, when Israel has attacked Gaza (2008, 2012, 2014, 2021 have been the largest episodes), it explained the attacks as “retaliation” for rockets launched from Gaza – explaining that Gazans want to “destroy the Jewish State,” as if there were no other possible explanation.

But this August attack by Israel came during a period of calm. No Gazan rockets were in the air – until Israel’s attack. It seems Israel is impossible to please (or Israel just wants to keep bombing Gaza).

We could look at this issue from a political angle, but today, I want to look at it from a Christian angle. A what-would-Jesus-do angle.

Because we know that John Hagee, the Darby Bible, and dispensational theology must take a backseat to Jesus himself. Right?

So, put on your Jesus glasses and let’s get started.

Israel is not the main point of Christianity

Believers in Jesus – whether Catholic or Protestant, progressive or conservative – are by definition supposed to be compassionate toward the marginalized. Jesus said in no uncertain terms that the Kingdom is reserved for those who reach out to the needy (see Matthew 25:31-46).

Whatever you think the Bible says about the modern state of Israel, the Bible has much, much more to say about compassion for the marginalized.

Whatever part you think Israel will play in the end times, you can’t ignore what Israel is doing today.

Gaza is going from bad to worse, thanks to Israeli policies

Time to stop calling Gaza an open-air prison. It is an open-air torture chamber. That is a far more accurate way to describe how Israel is continually brutalizing and traumatizing a besieged population for generations.

“Time to stop calling Gaza an open-air prison. It is an open-air torture chamber. That is a far more accurate way to describe how Israel is continually brutalizing and traumatizing a besieged population for generations.”

Munayyer was referring to Israel’s gratuitous attack on Gaza earlier that week. The people of Gaza did not deserve this violence, had done nothing to provoke it, and now lacked the medicines to treat the injured and the building materials to repair the damage.

Moreover, it’s well-known that Israel uses Gaza as a testing ground for new weaponry – which it will subsequently market to oppressive regimes around the world as “battle-tested.”

This truth – that in 2022, 2 million people are living out their days in a for-profit torture chamber – is horrifying.

Even more: the United States is aiding and abetting this crime, with my tax dollars ($10 million a day), and with the full-throated support of fellow Christians (together these high-profile Christians have the ears of tens of millions). This is intolerable.

(Fortunately, many Christian denominations – including Presbyterians, the United Church of Christ, and others courageously stand up for human rights for Palestinians.)

We need to understand this disturbing phenomenon that we are perpetuating, so that we can put a stop to it.

So, Christians, let’s go to school.

Here is a very brief summary of Gaza to get you started (at the bottom are some recommendations for further reading).

(I blog regularly, challenging “business as usual” in Christianity, including at times the subject of Palestine and Israel. Please subscribe to my newsletter and join me.)

Gaza background in under 2 minutes

The vast majority of Gazans are refugees from Israel’s war of ethnic cleansing in 1948. According to international law, they should have been allowed to return to their homes over 70 years ago, but Israel has refused.

In 1967, Israel took control of Gaza, placing it under military occupation. Under international law, short-term occupation is allowed, but the occupier is required to ensure that the occupied population is cared for. Israel did the opposite.

Starting in the 1970s, Israel confiscated land in Gaza (as well as the Palestinian West Bank and East Jerusalem) to build population centers (settlements) for Israeli Jews, which is illegal.

Read those statistics again. Less than 1% of the population of Gaza – the Jewish part – controlled 30% of the land and 30% of the Mediterranean coastline. Palestinians were being strangled and kept from their historic homes, and the world was uninterested.

In April 2001 – after a 6-month Israeli military killing spree that took the lives of 570 Palestinians (150 Israelis were also killed) – the mood in Gaza shifted. Small groups of Palestinians, realizing that the international community would not be showing up, took matters into their own hands.

They began to resist their occupier: they began to build homemade rockets and launch them toward Israel and the Israeli settlements in Gaza.

Rockets from Gaza have been, for the most part, primitive and nearly harmless. Israeli sources have described the projectiles as “made from stolen metal street poles…a pipe as wide as a Coca-Cola bottle…just a piece of flying metal” stuffed with fertilizer that Gazan Palestinians dried on their roofs.

That’s why, in over 20 years, rockets have killed fewer than 40 Israelis.

Reread that statistic: less than 40 Israelis have died from Gazan rockets in 20 years.

In 2007, Israel imposed a brutal blockade on all of Gaza. It is ongoing to this day. This is a form of collective punishment – again, illegal under international law.

Under the blockade, Israel severely restricts imports into Gaza, including necessities like basic food items, medicines, seeds for farmers, and even replacement parts for equipment that Israel has damaged during airstrikes. Exports are also restricted, which has devastated the Gazan economy.

80% of Palestinians in Gaza are dependent on humanitarian assistance to survive; the unemployment rate is around 50%. At least 96% of the water is unsafe to drink. Basic healthcare supplies are low, and hospitals are recovering from airstrikes.

Christians, are Palestinians not “the least of these” that Jesus spoke of?

Yes. They are. It is undeniable when you know the facts (and now that you know, you can’t un-know).

The Palestinians in Gaza are hungry, thirsty, sick, and imprisoned – and almost without allies. When we look at them, we should see Jesus himself.

Their suffering should bring out compassion in us, and the injustice they have endured should cause us to feel outrage and shame – because we have been complicit. Our government has bankrolled this obscenity. Christians have championed it – with the excuse that supporting this violence and oppression is pleasing to God.

It’s time to walk away from that nonsense. A handful of Bible verses interpreted by a dispensationalist do not overrule Jesus’ entire ministry. He pursued the marginalized, the misunderstood, the demonized.

The people of Gaza have been in exile for generations, many of them living their entire lives under occupation in a devastated economy, dying daily at the hands of a powerful army – just because they have dared to fight back against their oppressor.

They are stigmatized as “terrorists” simply because they are struggling for freedom and justice.

Take a look at the statistics below – Israelis killed by Gazans, and Gazans killed by Israel – and ask yourself: which side looks more like terrorists? (NOTE: these statistics do not include thousands more Palestinian deaths in the occupied West Bank, East Jerusalem, or Israel. These statistics are taken from the Israeli human rights org B’Tselem and American website If Americans Knew. Full disclosure: I am an editor and contributor to If Americans Knew.)

(For about 18 months in 2018-2019, Gazans marched in peaceful protests every Friday. Over 200 of the above deaths were at the hands of Israeli snipers during these protests.)

(Further reading recommendations below. Assignment: tell someone today about what you just learned.)

Read this for an introduction to what the Bible actually says (and doesn’t say) about Israel.

To learn more facts on the Palestine-Israel issue, I recommend these websites:

MORE FROM GRACE-COLORED GLASSES ON PALESTINE-ISRAEL:

FEATURED IMAGE: “Pray for Gaza” by duncan is licensed under CC BY-NC 2.0.

August 17, 2022
Evangelical binary thinking: "You can't be a Christian and pro-choice"
Next Post 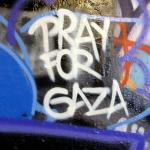 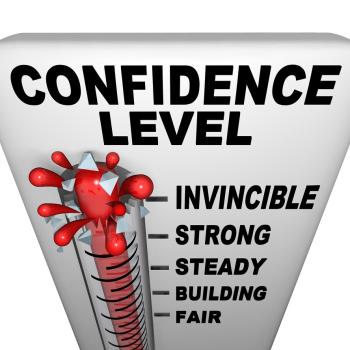 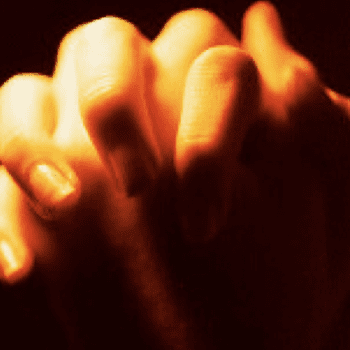 Progressive Christian
My will be done: an annotated Lord’s Prayer
Grace-Colored Glasses