There is nothing wrong with your internet. Do not attempt to change the url We are controlling transmission. If we wish to make it louder, we will bring up the volume. If we wish to make it softer, we will tune it to a whisper. We will control the horizontal. We will control the vertical. We can roll the image, make it flutter. We can change the focus to a soft blur or sharpen it to crystal clarity. For the next while, sit quietly and we will control all that you see and hear. We repeat: there is nothing wrong with your internet. You are about to participate in a great adventure. You are about to experience the awe and mystery which reaches from the inner mind to — The Outer Limits 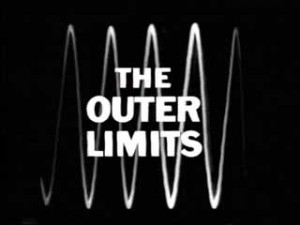 Well not really and this is not just an interloper taking over Julie’s Happy Catholic Bookshelf.  This is Jeff Miller of The Curt Jester blog and I am now contributing to this blog.  Besides Julie does not have the trademark on “Happy Catholic” and as a former atheist I am also extremely happy to be Catholic. So enough about me – onto book goodness.

The book I am looking at today has a small Catholic intersection in it, but enough of one for me to want to mention it.

John Scalzi who is best known for his “Old Man’s War” and subsequent books in that series has quickly become one of my favorite SF authors.  His last book “Fuzzy Nation” was a very enjoyable novel which was a retake of H. Beam Piper’s “Little Fuzzy.”  As much as I enjoyed his last book I enjoyed his new novel “Redshirts: A Novel with Three Codas” even more.

The “Redshirts” referred to are the infamous Star Trek away party redshirts who died in what seemed like every episode.  The redshirts have long been a running joke and a meme.  The movie “Galaxy Quest” also took off quite hilariously on this.  This novel has certainly some things in common with “Galaxy Quest” while also being quite different.  I was already appreciative of Scalzi’s humor from his novel “The Android’s Dream” and there is also much to chuckle at with this novel.

Taking the idea of away party redshirts getting killed off right and left and the idea  of the crew coming to realize that something beyond just normal causality rates was occurring and you have the basic premise of Redshirts. Scalzi takes this a more than just a humorous concept and puts together a fine SF story as well.  Plus along the way he has fun with all the bad science, SF television physics, and the propensity for starship command centers erupting in sparks all the time.   The 3 codas referenced in the title are 3 short stories that expand upon the main part of the novel.  I would have been pretty happy with the novel in how it ended, but the three added stories filled it out and expanded it.  They had a more serious tint to them, though one was quite funny. Besides “Galaxy Quest” the novel also has tinges of “Stranger than Fiction” and in one of the codas the author mentions this movie along with some others that applied to the plot.

Now for the Catholic tie-in.  Now it is almost guaranteed that when a priest is mentioned in a novel and he gives theological advice on very superlative theology based on a SF premise it is going to be spectacularly stupid and cringe inducing.  Michael Flynn’s “Eifelheim” being is one of those exceptions that proves the rule.  In Scalzi’s case though I have to call out that he pretty much got it right.  The priest’s theological speculations was quite plausible and the character also demonstrated a humility in not saying that this was absolutely the right answer, but an area that would require the magisterium (though he didn’t use that world and explained it more humorously in regard to the Pope).  Now that in itself made me quite happy with the use of the priest in the story regardless of how small part of the story it played.  Now first my theological alarm bells when off when I first saw the mention of theologians arguing over “How many Angels can dance on a pin.”   That alarm soon turned to joy when the priest mentions this and then mentions that this was a “myth.” Ah Mr. Scalzi thank you for not repeating this myth created to critique Scholasticism.

Now surely I go overboard in reaction to such a small part of the novel, but when you have run into as much bad theology in SF novels as I have – you become quite thankful for little things.  I once wrote an author of a trilogy of very enjoyable books on the fact that he had a character who was both a priest and a clone worrying about whether he had a soul or not.  I though it was rather silly for a priest to have not known that all living things have a soul, and that in the the priest who was a clone – certainly had a rational soul.  The author disagreed with my analysis, though he was nice enough to reply at all and quite respectfully.

Regardless I found Redshirts to be quite enjoyable on multiple levels and it was quite obvious the author was having a lot of fun with the premise.

June 11, 2012
The Books of Summer: The Chronicles of Clovis by Saki
Next Post