This Just In: Something Other Than God by Jennifer Fulwiler

Something Other Than God: How I Passionately Sought Happiness and Accidentally Found It by Jennifer Fulwiler

Snagged a review copy! This got here yesterday afternoon.

FIRST IMPRESSIONS
I have to say I flipped to the first page, where the camp counselor is going down the line publicly asking the little girls if they give their heart to Jesus, and realized already that Jennifer and I had common attitudes at similar ages. Not gonna join something we can’t really believe in. As well we might since both of us grew up in atheist households and wound up converting to Catholicism.

However, her road is definitely different than mine and I’m looking forward to reading this.

UPDATE — page 111
Obviously from the fact that I got this yesterday, had a Skype video chat last night with my pal Sarah Reinhard, and still got to page 111 … this is an enjoyable and interesting book thus far.

So what resonates with me is that Jennifer Fulwiler is just as hard-headed and stubborn as I am when it comes to wanting full-on, no holds barred truth and logic.

Watching her have to literally read and argue her way into belief in God makes me appreciate my own parents’ atheism much more than I did already. (And the New Atheists have ensured that I will be thankful to my dying day for having old school atheists raise me, rather than the proselytizing sort.)

I had my own struggles to overcome but luckily not due to religion. For atheists my parents had a surprisingly tolerant “hands off” policy. They didn’t bring up religion unless asked about it and, even then, would have pretty open-ended, vague answers about their own lack of belief. I mean to say, when I fell in with the local Church of the Nazarene for a couple of years, thanks to my best friend belonging, they never said a word to me about it. Even after the minister and his wife came to call. Even after I went crying to my mother about being afraid she’d go to hell. (“Oh Julie, thank you, but you don’t need to worry about that. Just worry about yourself. I’ll be ok.” Conversation done.) Not a word. That must have taken tremendous forbearance. And like many youthful enthusiasms that phase soon passed, for reasons we won’t go into here.

To be fair, this was also my parents’ way of dealing with other big issues, such as politics. They might end up voting for different tickets than each other during trying political times but we never knew about it. It just didn’t make for interesting conversation. So we all could go our own way, which brought its own set of problems but feels much freer than what I see Fulwiler having to struggle with, thanks to her unflinching belief in science as all that is true and good and honest.

It isn’t that Fulwiler’s parents seemed to do more than tell her to think for herself or to question anything that didn’t add up. But that in itself was enough to produce a dedicated atheist, especially when told to an intelligent youngster who applied herself with the passion that only youth can muster to facts and logical conclusions.

So far it is really interesting watching the process of reluctant acceptance as one “fact” after another gets put into doubt. It occurs to me that this might be a good book for atheists who just don’t understand how any sensible, logical, intelligent person could embrace the “lunacy” of Christianity. Fulwiler is a good spokesperson for that transformation.

More as I continue … Full review when I finish.

April 25, 2014
Why Science Does Not Disprove God by Amir D. Aczel
Next Post 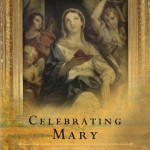 May 10, 2014 Celebrating Mary and Pilgrimaging to Jesus
Recent Comments
0 | Leave a Comment
"Does the author ever state any actual evidence that they used to determine the validity ..."
Donalbain Night’s Bright Darkness – Review
"Your readers may also like my family history book called TURNER TREES by award winning ..."
KEITH POTT TURNER Book Review: Discovery
"I read Mockingbird maybe 30 years ago after seeing the screen adaptation of The Man ..."
Cheeky Bugger A Magnificent Book: Mockingbird by Walter ..."
"If you're at all interested in knowing . . . the Catholic Dogmas . . ..."
Vicki DePalma Book Review: Boxers by Gene Luen ..."
Browse Our Archives
Related posts from Happy Catholic Bookshelf