Modern Polytheism is sitting at a bit of a turning point.  The movement is just emerging as its own recognized and separate religious group, and there are a great many discussions on the philosophy and theology that comes with the territory of having many distinct Gods.  But the most interesting discourse I’ve seen lately comes from Thenea, who talks here about the interesting phenomenon of the devaluation of choice in Polytheist circles.

Thenea argues that many modern Polytheists are stuck in a paradigm where a religious calling is only legitimate if the Gods or spirits are the ones doing the calling – and the more difficult this makes the life of the called person, the more spiritually attuned they must be.  I see this in many of the high-profile Polytheists online, many of whom will say that they didn’t have a choice but to honor and follow their patron deity.  I have also witnessed this in local groups, where being God-bothered places a great deal of emphasis on the ‘bothered’.

What really gets me about Thenea’s article is that I realize I have also had a tendency to frame my experiences in this way, even though this idea of a deity who calls you out and relentlessly pursues you into honoring them is the exact opposite of what happened to me.  That I would feel the need to talk about my spirituality and spirit relationships in this manner even though it contradicts my lived experience is telling.

I am devoted to the Goddess Nerthus.  She has been my Goddess before I knew Her name, before I knew what Polytheism or even Paganism was.  She was the wild feeling in the woods, the darkness at the bottom of a deep lake, the fear and excitement in the pit of my stomach when night fell and I was still miles from home up in a tree.

That fear is a big part of my relationship with Her, and it’s not all bad.  As a human prone to valuing sunlight and safety, the certainty of everyday life, it’s completely natural that I would feel at least a little afraid of such a completely different Goddess.  But that’s not all it is.  There’s also a hostility there, coming from Her, and has been aimed at me since I became aware of Her.  It has eased over the years of course, but to Nerthus I am still a light-loving, social creature unconcerned with Her destruction and I always will be.

She did not seek me.  She did not pester me with signs, or make my life unlivable until I agreed to serve or honor Her.  If anything, I was the one doing the pestering.  I simply love being in Her presence.  Along with all the other facets of Her personality, that feeling of low-level danger and mysterious magic is powerful for me.  I kept coming back to the woods, the lakes, the empty fields, only to feel Her again.  I sought Her.

And eventually She relented.  She tolerates me, and I think cares about me in Her own way.  She enjoys my gifts, and gives those of Her own.  Occasionally I will be asked to do something, but sometimes I get the feeling these little tasks are more for my benefit than Hers, like a teacher handing out busywork to make students feel useful.

This is my primary experience of deity.  Others I honor were for the most part much more receptive to me, but only one ever actively sought me out – and that was after I had been Pagan for over ten years!  I see so many threads on forums, I am asked by so many newcomers, “how do I know who my patron God is?”.  I feel this is a reflection of the idea that the Gods can only choose us, that we have no say over who we will honor; and that idea is so untrue!

If I could give advice to all new Polytheists, I would say this: your patron deity, if you wish to have one, will probably not fall out of the sky with miraculous signs or vivid dreams pushing you towards Them.  Find a deity you think is awesome, and start honoring Them!  Give Them gifts, set up an altar, spend some time there.  If you get a bad feeling about it, than move on – of course the deities will have their opinions, too.

But don’t let this idea that you cannot choose who to honor take hold.  Polytheism is all about relationships, and just as with people, relationships with deity are often at their best when there is happiness and enthusiasm on both sides.  Honor who you will, and don’t wait for deities to come knocking down your door – the choice is yours. 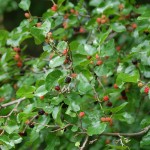 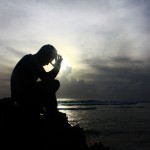 June 24, 2015 When All You Can Do Is Pray
Browse Our Archives
Related posts from Heathen at Heart