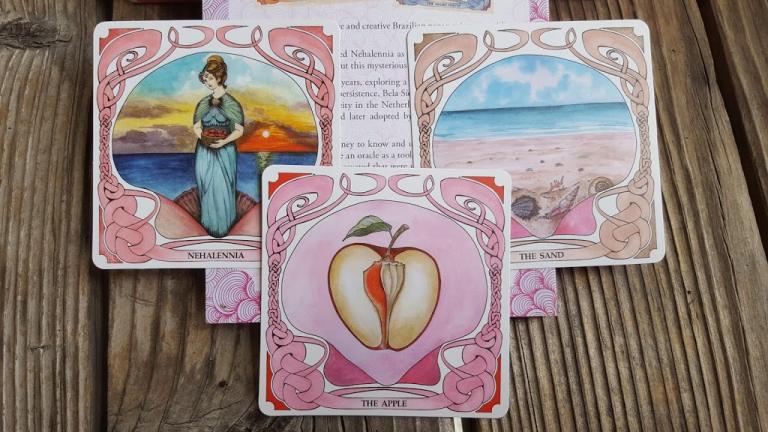 Recently I posted about Nehalennia, a mysterious Goddess who left behind no mythology. We know Her only from archaeological work, once Her ancient temple was uncovered in the Netherlands in 1967. I’ve been offering to Her for a few years now. When I was doing research for my article, I stumbled across the beautiful Oracle of Nehalennia by Bela Síol. I mentioned it in passing, but unfortunately didn’t have a copy of my own.

Shortly after I posted the article about Nehalennia, Bela contacted me on Facebook! We struck up a conversation and she generously offered to send me a copy of the oracle deck, illustrated by Igor Alexandre. And now, I am happy to introduce it to you all! 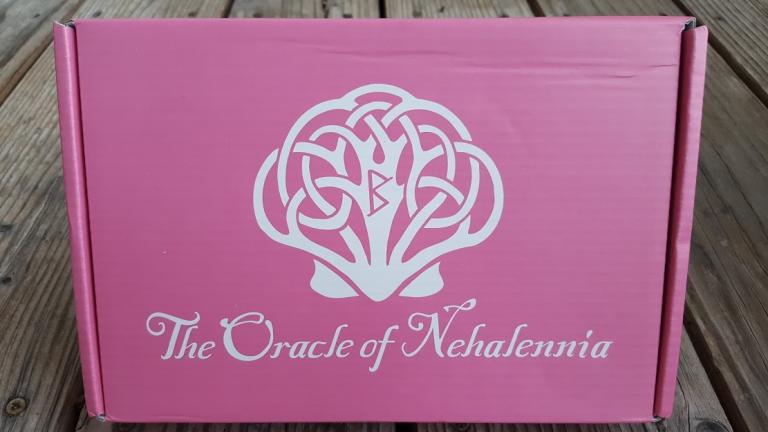 I was really impressed when I heard it was the first and so far only oracle deck Bela has published. Creating a deck for an almost unknown Goddess is a labor of love. Nobody gets rich quick writing anything Pagan, but pouring your effort into a deck for an almost unrecognized deity is another level of dedication. She is currently running a kickstarter for the Oracle of The Morrighan, which looks like it will also be gorgeous.

The Oracle of Nehalennia is a 33-card deck featuring square cards on a nice, thick cardstock. Each illustration is contained within a different colored shell and Celtic knot decor, which pulls the deck together nicely. When Bela originally created the oracle for her own use, the symbols were drawn onto shells! I love the callback to the original format. The illustrations are boldly colored and absolutely gorgeous, higher quality than many self-published oracles I have seen. 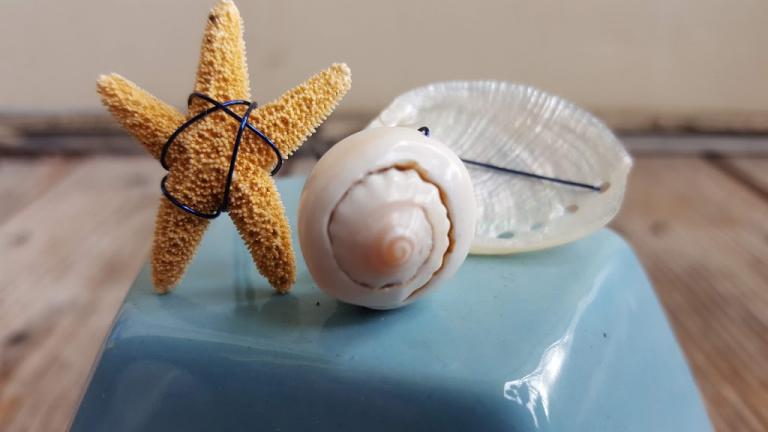 As beautiful as the cards are, I find the book that accompanies them to be an absolute treasure. Inside its 100 English pages (it also features a Portuguese translation in the second half) it contains almost all the knowledge we have about Nehalennia. Outside of the strictly historical, Bela’s approach is a bit more pan-Pagan than my personal preference, but it will be familiar to many.

Each card has its own section not only explaining the general meaning of the card, but also offering tidbits about the historical symbolism behind them. Also featured is a chart providing answers to yes/no questions, health related problems, and keywords, which I found incredibly helpful in learning to navigate the oracle. 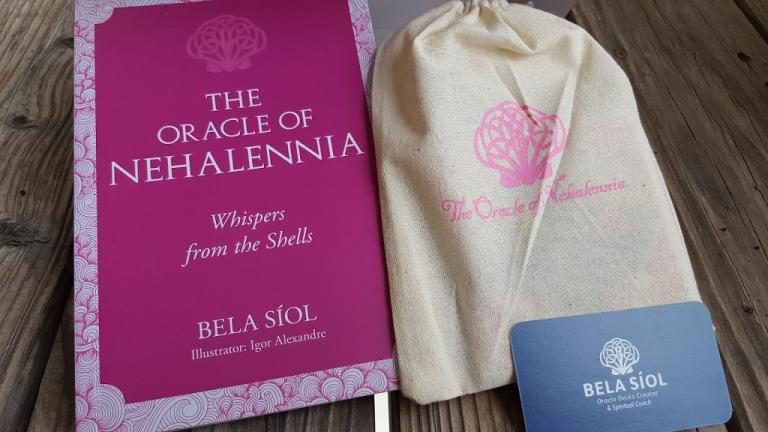 Bela Síol includes a ritual for connecting with the cards and asking for Nehalennia’s blessing on your readings. It does involve the four elements of typical Wiccan practice, but could easily be adopted to a more Land, Sea, and Sky motif that resonates more with me personally. She also gives several spread suggestions, and helpfully goes into a lot of depth on how to read them.

Once facet of the deck I really love is that the oracle is meant to be a direct line of communication with Nehalennia. I have a great deal of affection for under-represented Germanic Goddesses, and I very much hope this beautiful oracle will introduce more people to this protective, prosperous sea Goddess. 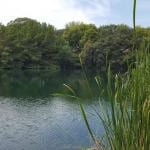 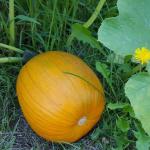 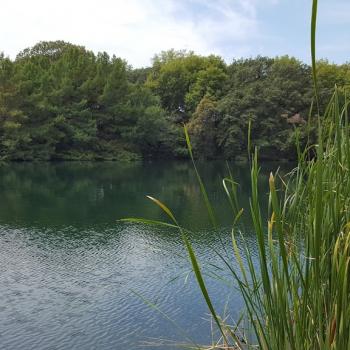