Spirits of the Land: Landvaettir, Wights, and Elves

Elves, land wights, landvaettir, dwarfs, alfar – there are as many words for land and nature spirits in Germanic languages as there are ideas about them.  Though we may wish for easy categories and distinct lines, that’s not what these spirits are.  They have many sides, many facets, and will probably show themselves differently to each person who interacts with them.  With that said, we do have some information passed down to us from pre-Christian times in Europe – and some from Christian times that may be helpful nonetheless.

These is not an exhaustive list; there are many, many names for nature spirits all over Northern Europe. The following are some of the best known (and also some of the more interesting!) spirits we know about.

1) Elves: Elves are perhaps the most well-known of nature spirits, adapted into fiction since JRR Tolkien first borrowed the word from Anglo-Saxon manuscripts; but they were very real to the people of pre-Christian England.  A wonderful amount of information about them can be found in Alaric Hall’s Elves in Anglo-Saxon England, who argues with the typical scholarly view of elves as demonic beings.  Instead, he sees them as associated with seidh magic of the type linked to and practiced by Freya.

Rudolph Simek argues in his paper The Vanir: An Obituary that the Vanir and elves may in fact be the same group based on linguistic evidence.  We also see this link in Frey’s kingship over Alfheim, which according to the Grimnismal of the Poetic Edda was given to Frey as a baby.  This leads me to believe that the elves of Anglo-Saxon England were at once both spirits of nature, and also mysterious beings of magic; much like the Vanir they are linked to.

2) Land Wights and Landvaettir:  Landvaettir is an Old Norse word that translates directly to the modern-day usage of land wights.  It is clear that the Icelandic settlers had great respect for these beings; in the Landnamabok, stories of the ancient settlement of Iceland, it tells of how it was illegal for a ship to have its dragon prow in place when coming into harbor, specifically because it may scare the landvaettir.  These wights are seen as beings that live in and bless a particular location; this can be a field or simply a rock.  Most Heathens have by now heard the story of the airport whose construction was delayed to allow landvaettir to move out of a boulder sitting in the new airfield; many Icelandic people still hold a reverence for these wights.

3) Alfar: These beings are often referenced in Heathenry as the male part of one’s ancestral line, but the word translates directly to ‘elf’ in English.  In the poem Austrfaravisur, Sigvatr Thordarson recounts his experience with the Alfablot of Sweden; a sacrifice taking place on each individual farmstead at which no strangers are allowed.  Unfortunately, Sigvatr was the stranger in this story, so we have no tale of what the Swedes thought of these alfar, other than that they were worth of sacrificing to.  It is my personal belief that many of these spirits are those of the dead buried in the earth long ago, so long ago that they have become more earth spirits than ancestors.

In his Prose Edda, Snorri Sturluson describes different kinds of elves: Ljossalfar, Svartalfar, and Dokkalfar.  The later two are often conflated with dwarfs, and the whole hierarchy appears to be an invention of Snorri’s to give the elves a more angel-and-demon dichotomy.

4) Landdisir: These are another Icelandic class of beings, much less well known than others.  The Disir are usually known in modern Heathenry as one’s ancestral mothers.  According to Rudolph Simek in his Dictionary of Northern Mythology, these landdisir are known for living in stones and rocks and  are possibly protective female ancestor spirits that have come to inhabit these features; much as I conceive of the alfar.

5) Dwarfs: Often listed as synonymous with the Svartalfar and Dokkalfar, these are beings of the earth that are greatly skilled in crafting and creating; often credited with making the many magical items owned by the Gods.  In the Prose Edda, we read that there are four dwarfs named for the four directions that hold up the sky.  It should be said that the original Norse tales give no indication that these are short or squat spirits, or particularly ugly; instead they are described in much the same way as elves.

In my own practice, it has not been very important to me to determine exactly what kind of land wight or spirit I am interacting with, if such a thing could even be done.  When I go to my garden and address the spirits of the plants, or leave a gift beneath the oak in my backyard, I’m not worrying about whether I should call them wights or elves.  Instead, I am forming a relationship with the land and its spirits that are all around me, the land that feeds and sustains me.  There is no more primal relationship than the one we share with our food and the land that grows it. 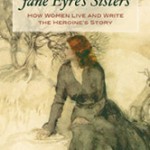 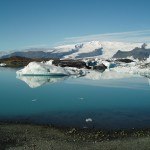 July 17, 2015 Come Together for a More Inclusive Asatru
Browse Our Archives
Related posts from Heathen at Heart