The Goddess Hreda and the Month of March

The Venerable Bede, an English monk and scholar writing in the 8th century, leaves us a very incomplete, but helpful picture of the Anglo-Saxon ritual year.  One such celebration is Solmonath (Solmōnaþ), roughly equivalent to the month of February, when cakes were offered to the Gods.  I find it reasonable to assume, based on the Æcerbot where cakes are offered to the earth in exchange for growth and fertility of the crops, that the deity honored in the rituals of Solmonath was the Anglo-Saxon idea of the earth mother Goddess.

Bede also mentions two deities of the Anglo-Saxons by name: Rheda (a Latinized form of the word Hrêða) and Eostre, from the month names Rhedmonath and Eosturmonath (Ēostermōnaþ).  Eostre is a fairly popular Pagan deity nowadays, and I’ve written about Her before; but I’d like to dedicate at least one post this month to Hreda (or Hretha) – the much less popular Goddess of March.

Bede tells us little besides that the month of March is named for Her.  Some modern Heathens identify Her with Hertha, a deity similar to Nerthus attested in northern Germany, but I feel that the linguistic links between them are tenuous.  Also, since I honor the Earth Mother deity of the Anglo-Saxons during February, my personal UPG is that Hreda is a different sort of being – though not completely dissimilar, as we see with Eostre, who is still very much a deity of growth and spring.

Hreda’s name can be linked to a few Anglo-Saxon words: primarily ‘glory’, ‘victorious’, and ‘swift’.  Philip Shaw, in his book Pagan Goddesses in the Early Germanic World: Eostre, Hreda, and the Cult of the Matrons, argues that Hreda is the matron of a specific kin group.

Lately I’ve been thinking about the Christian idea of Lent, which often coincides with much of our modern March.  The word Lent comes from the Anglo-Saxon ‘lencten’, which means spring.  It’s been speculated that Lent, a traditional period of fasting before the Christian Easter, was a natural result of the food shortage at the end of winter and beginning of spring – when supplies were running out, and milk from the ewes was often all people had to sustain them.

It seems possible that Hreda, a victorious and glorious deity, was associated with this lean time with the purpose of Her eventually triumphing over the difficulties and ushering in a more prosperous time of year.

I was born in the month of March, and have always had a certain affinity with the strange weather that can happen in the midwestern US at this time of year.  The wind is said to roar like a lion, and temperatures can fluctuate wildly: from beautiful balmy days to heavy dumps of snow.

Hreda comes to me in the weather of my own country, different as it may be from Britain’s; I see Her primarily as the late winter/early spring wind that can be so powerful here.  She too roars.  Eventually all that blustering wind blows in warmer weather, just as Hreda ushers in Eostre as the months continue to turn.

There is so little concrete information on this Goddess, I feel there are few wrong ways to honor Her.  However She chooses to manifest in a person’s life, I do think it is important to continue to offer to this lesser-known Goddess, who was obviously important enough to the Anglo-Saxons that an entire month was named for Her.

This year Hredmonath begins with the new crescent moon on February 26th. I will be doing a ritual in honor of Hreda near the full moon. I’ve written a  prayer that incorporates mostly my UPG surrounding Her (how could it not, given the lack of information), feel free to use it or modify it to better reflect your own experience of the Goddess of March.

Hreda, Goddess of March,
roaring lion and swift wind.
Drive out the snow
and bring the shining sun,
the glorious warmth of spring.
That the plants may grow,
that animals may mate,
that life may wake from the land.
Previous Post 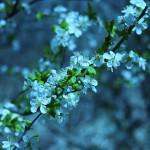 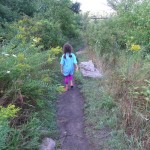 February 27, 2017 The Power of Impromptu Ritual
Browse Our Archives
Related posts from Heathen at Heart