The Fifth U.S. Circuit Court of Appeals ruled Monday that the governments of Texas and Louisiana can enforce their regulatory bans on the use of Medicaid funds to subsidize the abortion provider Planned Parenthood.

The ruling expressly reversed lower court decisions in Texas and Louisiana, and is perceived a huge win for pro-life advocates. The ruling also affects laws passed in Mississippi, which falls under Fifth Circuit jurisdiction.

The case was brought before the full Fifth Circuit Court of Appeals, which reversed an earlier ruling by a three-judge appellate panel that had blocked Texas from enforcing its ban on Medicaid funding of Planned Parenthood.

The Fifth Circuit also reversed another lower court ruling in a separate case that had blocked Louisiana from banning funding for Planned Parenthood. In 2015, a three-judge panel ruled against the ban. Then, again in 2017, the full court was deadlocked in a tie of 7 to 7, when there were only 14 active judges on the court.

The Texas and Louisiana defunding efforts followed the release of a video published in 2015 of Planned Parenthood executives appearing to describe how aborted baby organs can be harvested for companies performing medical research in exchange for a donation to the abortion provider. Planned Parenthood officials denied any wrongdoing and sued the undercover journalists who exposed the alleged practice.

Paxton referred to the investigative journalists Sandra Merritt and David Daleiden who published the videos, saying the videos “plainly showed Planned Parenthood admitting to morally bankrupt and unlawful conduct, including violations of federal law by manipulating the timing and methods of abortions to obtain fetal tissue for their own research. Planned Parenthood is not a ‘qualified’ provider under the Medicaid Act, and it should not receive public funding through the Medicaid program.”

Liberty Counsel, a Washington, D.C.-based nonprofit dedicated to religious freedom, representing Sandra Merritt, has filed an appeal to the Ninth Circuit Court of Appeals related to a multimillion-dollar civil lawsuit filed against her. Merritt is also asking the appeals court to dismiss eight remaining felony charges pending against her.

Liberty Counsel Founder and Chairman Mat Staver said, “Taxpayer dollars to fund human genocide is unconscionable. People should never be forced to violate their conscience and sincerely-held religious beliefs in order to pad the pockets of those who profit from trafficking baby body parts.”

Writing for the dissent, Judge James Dennis wrote that Owen’s ruling conflicts with other circuits’ decisions and will leave millions of women in Texas, Louisiana and Mississippi “vulnerable to unlawful state interference with their choice of health care providers.”

Texas Attorney General Ken Paxton also joined 17 states in submitting an amicus brief to the Sixth Circuit Court of Appeals to reverse a district court decision and uphold Tennessee’s prohibition of abortions based on an unborn baby’s sex, race, or likelihood of having Down Syndrome. The law also prohibits abortions once the baby’s heartbeat becomes detectable.

Last week, the Appeals Court issued a ruling stating that the ban on abortions because a baby has Down syndrome or is of a certain race or sex can be enforced. The rest of the lawsuit against the remaining portions of the law continues. 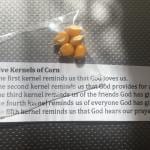 November 17, 2020
The promise of five kernels of corn [video]
Next Post 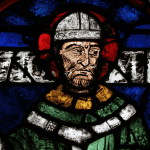 December 30, 2020 December 29 was the 850th Anniversary of the martyrdom of Thomas Becket
Recent Comments
0 | Leave a Comment
"So disease killed off all his family and friends and he somehow lucky? Then the ..."
David Brevik Squanto: a story of providence enabling ..."
"We definitely need a return to Christian values in our country. The choice is clear. ..."
US_Constitution RIP 1-31-2020 Texas pastors calling on Christians to ..."
"The United States will never be a clerical fascist armpit like Poland."
Statistics Palin Priest denounces Biden and Harris, offers ..."
"The Catholic Church needs de-nazification. We should start by through BXVI and Georg out of ..."
Statistics Palin Priest denounces Biden and Harris, offers ..."
Browse Our Archives
Related posts from Hedgerow