The Wisdom of Silence

Some brothers were coming from Scetis to see Abba Anthony. When they were getting into a boat to go there, they found an old man who also wanted to go there. The brothers did not know him. They sat in the boat, occupied by turns with the words of the Fathers, Scripture and their manual work. As for the old man, he remained silent. When they arrived on shore they found that the old man was going to the cell of Abba Anthony too. When they reached the place, Anthony said to them, “You found this old man a good companion for the journey?” Then he said to the old man, ” You have brought many good brethren with you, father.” The old man said, “No doubt they are good, but they do not have a door to their house and anyone who wishes can enter the stable and loose the ass.” He meant that the brethren said whatever came into their mouths.[1]

A problem that many if not most of us in the present age suffer is that we do not know how to be quiet nor how to enjoy quietude. We need to be surrounded by noise in order to feel comfortable. We do not know how to enjoy silence and the presence of God which can be experienced in such silence. And if we find ourselves in the midst of a group of people, many of us feel like we have to speak up and make sure all the thoughts which come into our head are verbalized and heard by all. So many of us love not just being surrounded by noise, but the sound of our voice, making sure we are the center of attention as if we were braying asses.

St. Anthony here demonstrated the wisdom he had learned from his retreat into the desert; he had to learn to deal with silence. Once he could appreciate it, he was able to glorify God without distraction. For those of us used to living in an environment full of background noise, such silence can be quite disconcerting. When we can’t appreciate it, we will be distracted by it. We will feel as if we have to make some sounds, some noise, in order to overcome it. No wonder we cannot be silent when we are with others, if we cannot be silent when we are all alone and by ourselves.

We need to learn how to engage silence. We need to be able to appreciate silence. Such silence is not to be found only when we are home alone, but it is also to be found and appreciated when we are in the presence of others. We do not need to make a show of ourselves wherever we are. We do not need to let out every thought which passes through our head, thinking by doing so, we will impress others. So much nonsense comes out in this fashion, and no one is truly impressed by it. Though we seek to glorify ourselves, all we do is turn ourselves away from true glory with God and towards the loud cries of Gehenna. This is why Jesus warned us that in our judgement, all our mindless babbling will be judged:

Either make the tree good, and its fruit good; or make the tree bad, and its fruit bad; for the tree is known by its fruit. You brood of vipers! how can you speak good, when you are evil? For out of the abundance of the heart the mouth speaks. The good man out of his good treasure brings forth good, and the evil man out of his evil treasure brings forth evil.  I tell you, on the day of judgment men will render account for every careless word they utter; for by your words you will be justified, and by your words you will be condemned (Matt. 12:33 – 37 RSV).

Thus, we find in this anecdote wisdom was demonstrated not in those talking about nothing, but in the old man who had learned how to be silent. He was able to appreciate God in such silence and he did not need to show forth and share his achievement with others to enjoy the glory which God had given to him. Those who have not yet known God will try to enjoy the praise of others as compensation. They want to be recognized with worldly honors for what they have done, and so when they speak and receive the praise they have sought, they have obtained their only reward they will get. The monks who went to Anthony spoke with each other, each seeking to be recognized by the other for their apparent goodness and wisdom, but the only one who was to be find himself approved is the one who did nothing to prove himself to others. Those with him did not even know he was journeying with them to visit St. Anthony, indeed, they did not even care to know who he was and what he was doing. They ignored him, and yet they should have recognized in his old age and humble spirit the wisdom they needed. Instead, they remained ever impressed with each other, like asses braying in the wind, making racket but offering nothing of substance in their words.

Now, to be sure, not all silence is equal. We find from those imbued with the wisdom of the desert tell us that there are two ways to engage silence, but only one is of any value.  There is the silence where we try to discipline ourselves and truly open ourselves up to the presence of God, but then there is the silence established in fear, where we are too afraid to speak, too afraid to make a mistake, or do to anything which would make us appear foolish to others. This second form of silence has nothing to do with the ascetic struggle but rather has everything to do with the vainglory which we must avoid. Silence, therefore, is a tool which we are to use to engage God. To find him in that silence, we will find ourselves at peace in the world. This is the silence which is built upon love, and so in it, we can appreciate all things because we see all things in the glory of love. But if our silence is the result of fear, if it emerges out of a hatred for the other, of a desire to keep our distance from others because we do not like them, then we will be silent, but we will receive nothing in return; the silence will be deafening as it covers our soul and hides the glory of the world from it.  This, then was the point made by Sts. Barsanuphius and John:

When you come to silence by means of your ascetic struggle, then it is good. When, however, this is not the way that you come to it, but rather you keep silent out of fear of that turmoil, then it is harmful.[2]

Engagement with silence is itself not to be absolute. There is a time to be silent, but also time to speak. We must not speak in vainglory, but on the other hand, we must speak in love. In this fashion, the old man was silent along the way to visiting Anthony, able to enjoy the presence of his fellow monks even if they could not enjoy his presence amongst them. And yet, he was not always silent; when he was with Anthony, he spoke. His words were spoken in love, exhorting his companions to learn put into practice silence so that they can master themselves instead of being mastered by whatever thoughts went erratically through their mind.  He wanted them to put the tool of silence into practice so that they too could enjoy the presence of the kingdom of God all around them instead of rushing around and not enjoying the kingdom of God because they were so caught up in themselves and what they thought they knew of the kingdom.

This engagement and appreciation of silence should always lie behind our words. We should always know how to return to it, to experience God in it so as to be able to be a witness of God to others because of our encounter with him in that silence. This is how and why so many saints start with a witness to the greatness of God which transcends words, for they have found he is to be experienced in the silence beyond words. How, they ask, are we to speak of God, since he lies beyond any word we can speak? Symeon the New Theologian, begins a hymn asking this very question:

How shall I describe, Master, the vision of Your countenance?
How shall I speak of the unspeakable contemplation of your beauty?
How can the sound of any word contain Him whom
the world cannot hold?
How can anyone express Your love for mankind?[3]

How indeed can we speak, but yet, when filled with love, how can we be silent? We must know when it is time to speak, and when it is time to be silent. Wisdom says that we should not be constantly making noise, or having such noise made around us. We must learn to embrace the silence, but only as a tool to get that great silence which is filled with glory. The young monks journeying with the old man had yet to learn this; many of us, like them, have yet to learn it. We live in a day and age which expects everyone to show themselves in every way to gain the notice and approval of others. Perhaps it is time to reconsider our activity and see if there is not something better for us to be doing. 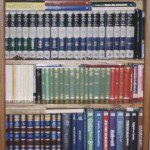 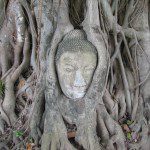 Trump Marches, Catholics Sell Out
Cracks in Postmodernity
Related posts from A Little Bit of Nothing 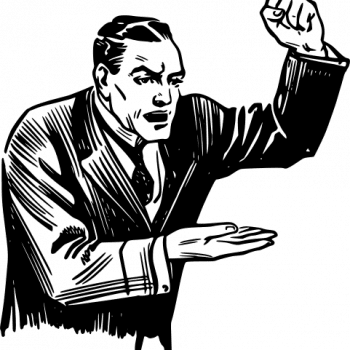 Catholic
Apologists Should Not Be Sophists
A Little Bit of Nothing 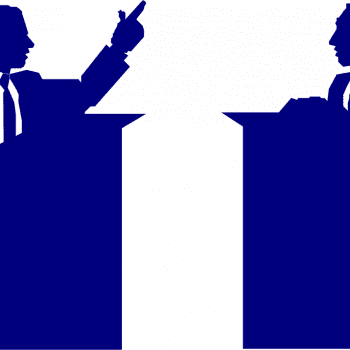 Catholic
Prideful Debates Can Turn People Away From The...
A Little Bit of Nothing
TRENDING AT PATHEOS Catholic