Care of the Earth Is a Moral Imperative 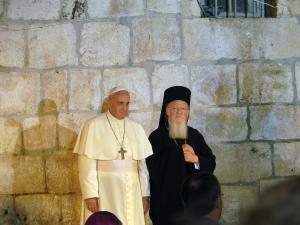 On September 1, 2017, Pope Francis and Patriarch Bartholomew released a joint message for the World Day of Prayer for Creation. For the Orthodox and Eastern Catholics, September 1st is the beginning of the new year. There was a tradition which suggested that the world was created on the first of September, and so the new year came not on the first of January, but the anniversary of the creation. While such a relationship between the creation of the world and the first of September is hard to continue in the modern age, the symbolism associated with the day allowed it to become the proper day to reflection upon creation, its goodness, and our responsibility to the world. The joint message issued by the Pope of Rome and Patriarch of Constantinople represents this new tradition associated for the first of September which Bartholomew has established for the day.[1]

Patriarch Bartholomew has a long record indicating the responsibilities we have over creation, showing how and why we have disregarded our moral duty to protect the earth as well as the natural consequences of our sin. He follows a long tradition in the Christian east that takes into consideration Christ’s work as being for the restoration of the whole of creation following after Paul when he wrote of the universal restorative work of Christ (cf. Rom 8:19-22;  Col. 1:20). He has taken the Christian tradition as offering a theological complement to the scientific consensus as to the relationship between human abuse of the earth and the ecological havoc which results from such abuse. Climate change, far from being unexpected and uncertain in origin, clearly has a human component to it, which should not be surprising because we can find in the environments we make for ourselves, all kinds of particularized climate change going on for the sake of our own pleasure (air conditioning, desert greening, et. al).  Pope St. John Paul II, Pope Benedict XVI, and Pope Francis have all followed with Bartholomew’s lead and have often worked with him and the Orthodox Patriarchate to proclaim our responsibility to the earth and the consequences which science clearly shows has arisen due to our recklessness abandonment of our responsibility to creation.

In the message from Pope Francis and Patriarch Bartholomew, the focus is in the immediate ecological crisis which lies before us thanks to our own abandonment of our personal responsibility towards the earth. Through greed, we have mismanaged creation, seeking to take from it for a very limited gain. We have been poor stewards over creation, and now, as a result, we see the results of our abuse. While many might not yet have as immediate an experience with climate change, and they can try to hide it from themselves and others, many have already begun to face the impact of our disregard for creation. As is usually the case, the ones who experiences the challenges first, and will suffer the burden of our mismanagement of the goods of the earth, are the poor and marginalized of the world. For this reason, we have a greater duty than before in regards to our stewardship of the earth, for now we have the extra duty to take care of those who are harmed as a result of our neglect:

However, “in the meantime”, the history of the world presents a very different context. It reveals a morally decaying scenario where our attitude and behaviour towards creation obscures our calling as God’s co-operators. Our propensity to interrupt the world’s delicate and balanced ecosystems, our insatiable desire to manipulate and control the planet’s limited resources, and our greed for limitless profit in markets – all these have alienated us from the original purpose of creation. We no longer respect nature as a shared gift; instead, we regard it as a private possession. We no longer associate with nature in order to sustain it; instead, we lord over it to support our own constructs.

The consequences of this alternative worldview are tragic and lasting. The human environment and the natural environment are deteriorating together, and this deterioration of the planet weighs upon the most vulnerable of its people. The impact of climate change affects, first and foremost, those who live in poverty in every corner of the globe. Our obligation to use the earth’s goods responsibly implies the recognition of and respect for all people and all living creatures. The urgent call and challenge to care for creation are an invitation for all of humanity to work towards sustainable and integral development.[2]

We must change our ways. The dire repercussions of our mistreatment of the earth is looming before us. Climate change is real, and it is influenced by and enhanced by, our abuse of the earth and its environments. Sin creates its own judgment, and with great sin, comes great consequences (or, Newton’s Third Law says, for every action, there is an equal and opposition reaction). Not only do we see more varied and extraordinary weather patterns, which is the result of such climate change, the impact and ferocity of the changes are becoming greater as well.  The strength of the hurricanes which develop in the ocean and hit land is increasing, as is to be expected with the changing weather patterns: Harvey and Irma are only the beginning.  Pope Francis is right in saying that those who deny climate change when its effects are before them show how stupid humanity can be (for sin makes us stupid). Intense, extreme heat and cold produce extreme winds and droughts and fires and famines and pestilences. This is as is predicted and expected by those who understand the way climate works – the warning has been given for decades, but like the men and women in the story of Noah, we as a whole have disregarded it because it is an inconvenient truth – it means we have to change our ways, but who wants to do that?  And yet, if we do not do so by choice, we will end up doing so by force – there is no other way, this is the just and natural reaction of the earth; we can call it the judgment of God, but we must understand it is the judgment which God put in the system itself instead of needing to personally direct it himself.

Thus, it is time for us to really consider what is happening upon our earthly abode. It is our home. We are not to disregard it. It is made by God, and he saw it as good. He gave us stewardship over it, not to selfishly use its resources for our inordinate greed, but to respect it, guide it, direct it, and offer it back to God, improved through our guardianship like the good steward in the parable of the talents. If we would be upset if someone came into our home and trashed it, leaving it in great disrepair, we should likewise be upset with what we are doing with our earthly home. We can see how our own private abode can have a change in environment and become unsanitary if we did not keep it in good repair, so we should we be surprised our earthly environment would likewise fall apart in a similar fashion? Who would deny we can affect the climate and environment in our homes? Would it not be ridiculous if people said, “Mice and bugs are a part of the norms of life, there is no human element which brings them into the home and makes them feel more welcome?” as a response to those who point out how a house full of trash attracts such creatures? Yes, it is possible to see mice in the cleanest of houses, but that does not discount human activity can make them thrive; so it is with the environment in our greater home; certainly there are natural processes at play and there are routine changes in the environment in history, but what we see happening is faster and rougher and disproportionate to normal history, and this can be seen to be related to our abuse and disregard to the earth just like a trash-filled house will have more unseemly guests in it than is the norm. We have created a problem; we have messed up our earthly abode. It is time to clean it up before it becomes even worse and deadly for humanity in the future. It is our responsibility. If we do not, we show ourselves willing participants in the death and destruction which is going to come in the wake of our lawless mistreatment of creation.

[1] Many of the Patriarch’s earlier statements on the environment, not just for the Day of Creation, can be found in Patriarch Bartholomew, Cosmic Grace: Humble Prayer. The Ecological Vision of the Green Patriarch. Ed. John Chryssavgis (Grand Rapids, MI: William B. Eerdman’s Publishing Company, 2009). 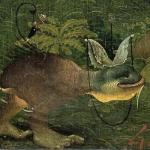 September 11, 2017
To Tame The Wild Beast Within
Next Post 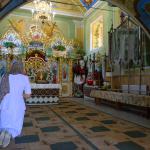 September 13, 2017 Reflection On The Feast Of The Exaltation Of The Holy Cross
Recent Comments
0 | Leave a Comment
Browse Our Archives
Related posts from A Little Bit of Nothing 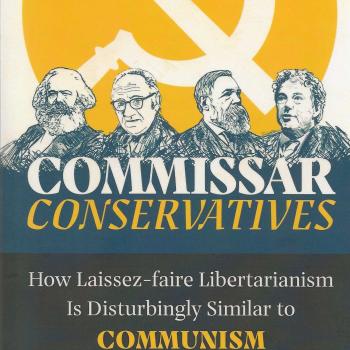 Catholic
Book Review: Commissar Conservatives
A Little Bit of Nothing 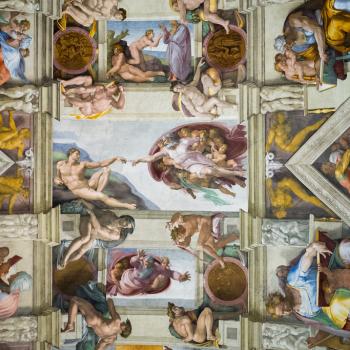 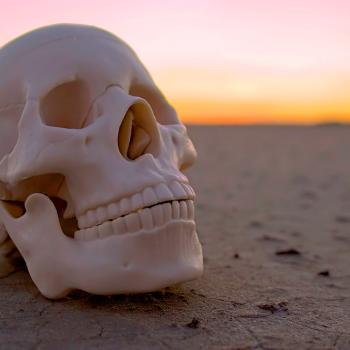 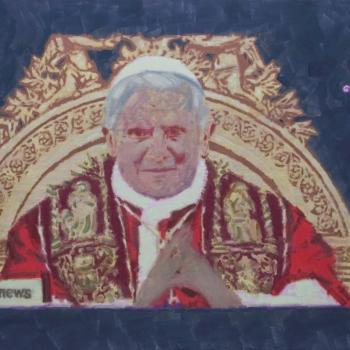 Catholic
The Funeral Of Benedict XVI And The End...
A Little Bit of Nothing
TRENDING AT PATHEOS Catholic