To Tame The Wild Beast Within

To Tame The Wild Beast Within September 11, 2017 Henry Karlson 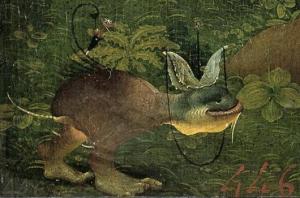 There are many hagiographical stories of saints which show saints having harmonious relationships with animals.  The holiness of the saints has turned them into friends with even the most savage of beasts, taming them and turning what would otherwise be seen as a hostile force into a friend.  Indeed, such saints are shown to be loved by such animals even as they love the animals back, with Sts. Francis of Assisi and Seraphim of Sarov perhaps being the greatest representatives of this tradition. Nonetheless, St. Anthony the Great himself is often shown in his iconography to have formed a particular bond with pigs, with tales indicating that miraculously healed one such pig in his lifetime. For this reason, we could read this saying of Anthony as exemplifying the kind of relationship humanity should have with animals, suggesting that through ascetic struggle and humble obedience to one’s spiritual fathers, we could find our relationship with animals improving as it did in the lives of so many saints which have come before us.

Such a simple reading is valid, and indeed, might be intended as the first way we should read it.  And yet, this saying also echoes traditional ascetic symbols, and should be read, not just as a manual by which we improve the world around ourselves so we re-establish right relationships with so-called wild beasts, but also that we are to the wild beasts within our unconsciousness, that is, we are to overcome our “bestial” tendencies through abstinence of what our various passions inordinately suggest us to do and through obedience to someone who is skilled as helping us deal with our spiritual problems. St. Theodoros the Great Ascetic, following this allegorical tradition, was able to describe how various animals in Scripture can signify various passions within us:

So long as the soul is in a state contrary to nature, running wild with the weeds and thorns of sensual pleasures, it is a dwelling-place of grotesque beasts. Isaiah’s words apply to it: ass-centaurs shall rest there, and hedgehogs make their lair in it, and there demons will consort with ass-centaurs (cf. Isa. 34: 11,14 LXX) – for all these animals signify the various shameful passions. [2]

Anthony, being an ascetic familiar with such allegorical applications of animals from Scripture through the writings of Origen and Origen’s spiritual heirs, probably intended the wild beasts to be seen as metaphors for various temptations which we need to overcome. While Origen exemplifies the allegorical tradition and Anthony likely was influenced by early Origenists, it was already traditional to see various animals representing various aspects of our inner psyche, the various passions which we have within us. To be sure, the passions themselves are not to be seen as bad, just as wild animals are not evil; rather when not tamed, they get out of control and lead us astray.

Indeed, just as animals can be led to the slaughter and turned into food, these passions can be said to turn us into spiritual food for whatever powers that be that thrive on our sin.  Indeed, they can be said to establish within us our inner demons, and so long as we do not reign them in, they slowly take us over, creating bad habits which can be extremely difficult to overcome. As we fight against such passions, as we try to put a bridle on them, their demonic nature is likely to make itself manifest as we find ourselves fighting against our darkest thoughts and desires, explaining how and why these passions are also seen as representing demonic powers that manifest themselves in the forms of wild animals. This is likely done internally, within our imagination. In this fashion, then, we could explain some of Anthony’s own spiritual conflict with demons. Seeing how his own mind took the symbolic understanding of the passions seriously, he found himself face to face with demonic powers trying to overwhelm them in the form of various monstrous beasts:

So he was alone in the inner mountain, spending his time in prayer and discipline. And the brethren who served him asked that they might come every month and bring him olives, pulse and oil, for by now he was an old man. There then he passed his life, and endured such great wrestlings, ‘Not against flesh and blood,’ as it is written, but against opposing demons, as we learned from those who visited him. For there they heard tumults, many voices, and, as it were, the clash of arms. At night they saw the mountain become full of wild beasts, and him also fighting as though against visible beings, and praying against them. And those who came to him he encouraged, while kneeling he contended and prayed to the Lord. Surely it was a marvellous thing that a man, alone in such a desert, feared neither the demons who rose up against him, nor the fierceness of the four-footed beasts and creeping things, for all they were so many. But in truth, as it is written, ‘He trusted in the Lord as Mount Sion ,’ with a mind unshaken and undisturbed; so that the demons rather fled from him, and the wild beasts, as it is written, ‘kept peace with him.’[3]

Anthony, therefore, fought day and night against his worst inclinations; the fight left its mark on him, as his own body often was seen shaken and nearly broken down as a result of the battle taking place within. Yet, he achieved success and he was able to explain to others what will help them find such success as well: abstinence and obedience.

Abstaining from what is most likely to lead us into temptation will give us time to work on our strengths and let them be built up before contending against our weaknesses. Obviously, we cannot avoid all near occasions of sin; we cannot say we have overcome temptation if we do not find ourselves in such situations where we are tempted. Nonetheless, we are not to rush into temptation, thinking ourselves strong when we have not even learned basic skills to help us resist temptation when we come face to face with it. An alcoholic should not be said to be victorious over a drinking problem if there is no alcohol near them, and yet they should not be put into such temptation until they are ready, lest the opportunity to drink will lead to their own downfall.

Abstinence, therefore, helps but it is not enough by itself to make us victorious against our darkest nature and the wild temptations which lie within our psyche. We need to abstain, but obedience to someone else, to someone who checks up on us, someone who can hold us accountable, is necessary as we fight against our worst and hardest to beat temptations. Spiritual directors, who can be seen to be like psychologists (and might actually be such), be able to help us, seeing us in a way which we cannot see ourselves, knowing how much progress we have made and therefore, what we should do to gain victory against the wild beasts within. For it is only when we combine our own effort with the spiritual advice of a wise mentor can we transcend ourselves and truly bring to a balance that which is wild and uncontrolled within. This should not be a surprise, for the same is to be said with physical healing: we need to follow the directions of our doctor if we want to get better.

And so, as Anthony has suggested, if we want to overcome the wild inclinations inside ourselves, we must avoid the occasion of sin and abstain from those things which would lead us to sin. But we can’t do it alone. We need the help and guidance of others, of those who faced the same problems as we do and have found a way to tame the passions, making peace with them. Their wisdom combined with our effort will lead to the taming of those beasts, and then such passions, when put in proper order, will find a place within the kingdom of God, where the lion will be found lying next to the lamb.

[IMG=Detail from The Temptation of St. Anthony by Hieronymus Bosch via Wikimedia Commons] 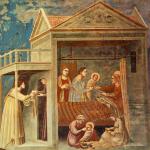 September 7, 2017
Reflection on the Nativity of the Mother of God
Next Post 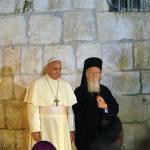 September 12, 2017 Care of the Earth Is a Moral Imperative
Recent Comments
0 | Leave a Comment
"Most of the time, people don't have time to talk a terrorist or killer out ..."
Dennis Killing Is Not Good
"It is a better good to stop the terrorist or killer without killing them. Pre-emptive ..."
Harvey James Johnson Killing Is Not Good
"You state: “We must end the notion that killing can ever be said to be ..."
Dennis Killing Is Not Good
"Eh, the State is not inherently ordered to the common good. It's nice when it ..."
Ame Engaging The Common Good Is One ..."
Browse Our Archives
get the latest updates from
A Little Bit of Nothing
and the Patheos
Catholic
Channel
POPULAR AT PATHEOS Catholic
1 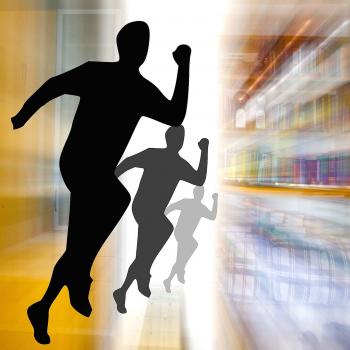 Catholic
We Are What We Do
A Little Bit of Nothing 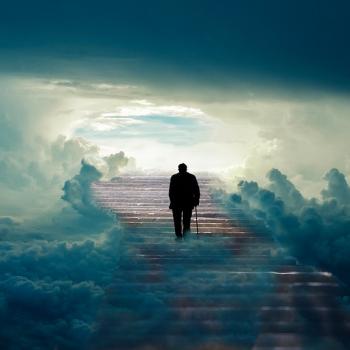 Catholic
Desire
A Little Bit of Nothing