The Book Of Nature 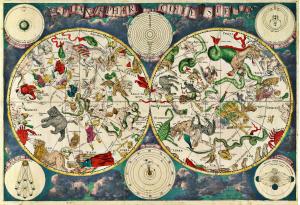 One of the sages of that time came to Anthony the just and said: Father, how can you endure being deprived of the comfort of books? And he said: My book, philosopher, is the nature of beings, and it is there when I want to read the words of God.[1]

Evagrius, relating a story about St. Anthony, demonstrated that the wisdom and knowledge that can be had by proper exploration of the world – or oneself  — is far superior to what can be had by scholarly studies alone. Whether or not someone has access to books, or can read them, they can examine nature, observe what happens all around them, and gain in wisdom and understanding. Plato, it is said, considered books to be a crutch; monks like Anthony validated Plato’s claims. Those who could not read books could still read the signs of nature and come out of them with great wisdom, indeed, they could come up with and know greater truths than those which had been written down.  St. Anthony, even if he sometimes was treated as an illiterate, likely had some background in scholarly lore (as can be seen in the allusions to Origenist thought in his letters, if nowhere else);  he gained what he could from such scholarship, but it is clear, he was not attached to it. His interest was not what he could find in the words of others, but of the words of God as revealed in the whole of creation: the logoi of the Logos.

By the time of Anthony, secular philosophy had become more scholarly in style, focusing on the words and teachings of those who came before, developing further understanding of the world by reasoning through the rich literature of the past, so that those who loved philosophy loved books and used them as Plato feared, as cribs which prevent further exploration and engagement of the truth. Philosophy was not entirely text-based, but those who were seen as educated and wise were expected to have a certain amount of text-based knowledge, and as they were literate, they like many after them, found enjoyment in the exploration of the great texts, explicating them, providing commentaries and criticisms of those who came before them, and so assumed those who would be their equal would do the same.

Wisdom, true wisdom, is not found merely by reading the classics of philosophy; knowledge of the truth is not found in the mere recitation of what others have said before. When Anthony met with so many so-called philosophers, his lack of secular study and authority was not to his detriment: he was able to out think and out maneuver them when they tried to make him out to be a foolish bumpkin, showing that he was able to find and discern greater truths than they, because he was not so attached to what had already been observed and discussed by others.

Whatever background he might have had, whatever study he might have had in the past, whether he learned from the reading of books himself or from teachers who presented the wisdom of Christian theology to him, Anthony chose to go out into the desert, to come to know himself and the truth of God from personal experience instead of reading and learning of the experience of others.  The book of nature as all around him and within himself. As his letters indicate, Anthony believed, like the Oracle and Delphi, that the key to knowing God was knowing ourselves, and when we do that, we will be able to read and understand the book of nature itself, finding it provides limitless excitement so that we do not need any other books. Both the external world and our inner psyche, therefore, are capable of being explored and read, and the truth which philosophy seeks, and books try to set out and describe, can be encountered and come to be known by us if we are properly attuned to the logoi found throughout creation.

The notion that God had given us the ability to discern and understand the truth through the world around us, through the book of nature, was indicated in Holy Scripture. Paul spoke of how God could be known through what he made, that is, through the world, “Ever since the creation of the world his invisible nature, namely, his eternal power and deity, has been clearly perceived in the things that have been made “(Rom. 1:20a RSV). Likewise, the Psalms revealed that the glory of God, which transcends words and speech, is revealed in the world and so those properly disposed to them will be able to engage them and come to know transcendent truths:

The heavens are telling the glory of God; and the firmament proclaims his handiwork. Day to day pours forth speech, and night to night declares knowledge. There is no speech, nor are there words; their voice is not heard; yet their voice goes out through all the earth, and their words to the end of the world. In them he has set a tent for the sun, which comes forth like a bridegroom leaving his chamber, and like a strong man runs its course with joy (Ps. 19:1-5 RSV).

Sin corrupts us and weakens our use of reason as well as our awareness of the world; it cuts is off and turns us inward, into islands upon ourselves, closed off from the world as we embrace the abyss of our own creation. The use of our spiritual senses as well as our reason, therefore, becomes hindered, and so it becomes quite difficult to read the world and understand the logoi of God found in it, for what we see is influenced in and from the veil of sin, and so our sin contaminates our vision of the world and limits the truths which we can get from it. Asceticism, the path which Anthony followed, is interested in overcoming such blindness, of overturning the habits of sin so that its defilement does not influence our vision of the world; it is therefore interested in the world as it truly is. It is not world-denying, as many think, but world-affirming; it is self-denying so that we can come to know the truth of the world apart from the veil we put between it and us to hide it from us. Since sin makes us dead inside, we often go all around looking for answers without going where we need to go, within ourselves, overturning the psychic seeds within which hinder our perception and awareness of the truth.

The proper sage, the wise philosopher, certainly can study and engage the scholarly material, but they will not limit themselves to such texts; they will use them when appropriate and transcend them when needed. They will know how to observe and learn from the truth wherever they are at. Anthony, then, can be seen as someone who followed the wisdom of the Tao, the wisdom of the way, who was able to know the whole world by knowing himself, and in knowing himself was able to see and discern the glory of God in the book of nature itself:

If Anthony had been literate and at one time, engaged the study of books, which I believe is likely due to the allusions to classical lore in his letters, he did not hold on to them; like Origen, he found it better to give them up after taking what he could from them, living the truths instead of merely memorizing and reciting them. They helped point the way, but then the way has to be engaged. Anthony took the wisdom he found in them and lived it out, finding that he had been pointed to the greater work, the book of nature, for which he could study and engage throughout his whole life. He was a true sage, not just a recorder of partial wisdom, and so he was able to live his life fully directed by the wisdom of God, and come to the perfection of knowledge suggested by Chuang Tzu: 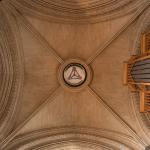 October 9, 2017
The Father and Son in the Trinity Transcend Human Genders
Next Post 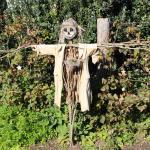 October 12, 2017 Drawn to the Horror
Recent Comments
0 | Leave a Comment
"Cardinal Sarah did have one very important paragraph in his letter advocating for obedience. Obedience ..."
Love God :) Prudent Clergy Must Continue To Realize ..."
"Are those who are promoting late term abortion until birth more worthy?"
Dorie National Catholic Prayer Breakfast Lowers The ..."
"Bravo! It seems that common sense regarding this virus has come to a standstill among ..."
Nica Prudent Clergy Must Continue To Realize ..."
"Thank you for the information."
Richard Phillips National Catholic Prayer Breakfast Lowers The ..."
Browse Our Archives
get the latest from
A Little Bit of Nothing
Sign up for our newsletter
POPULAR AT PATHEOS Catholic
1