Do Not Burden the Poor For the Benefit of the Rich

Do Not Burden the Poor For the Benefit of the Rich November 8, 2017 Henry Karlson 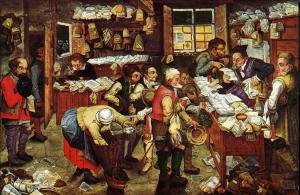 St. Salvian the Presbyter lived during the collapse of the Roman Empire, and in his writings, he explained why he believed it fell. A major part of his argument was the rise of the elite rich which took all the money and resources for themselves, burdening everyone, especially the working class poor, to pay for benefits which only the elite received. The imbalance led to such dissatisfaction that the poor were willing to abandon the Roman elite for barbarian conquerors who treated them with more respect. The rich created the condition for their own destruction because they let their greed take over their governance. The poor, who should have been given preference, found the only preference the rich gave to them was the preference of paying for the taxes so that the rich could receive tax-reliefs:

For when, as happened lately, the highest powers thought it would be advisable that taxation should be lessened for the cities which were in arrears in their payments, the rich alone instantly divided among themselves the remedy given for all. Who, then, remembers the poor? Who calls the poor and needy to share in the common benefit? Who permits who is first in bearing the burden even to stand in the last place for receiving redress? What more is there to say? In no way are the poor regarded as taxpayers unless when the mass of taxes is imposed upon them; they are not reckoned among the number of taxpayers when the tax-reliefs are portioned. [1]

The rich who ran the government found they could use the government, not for justice, but for their avarice; as the state of disrepair could be seen throughout the empire, the rich, instead of financing the projects needed to fix the problems through their own wealth, felt the need to increase the tax levy on everyone but themselves:

The powerful levy what the poor are to pay, the courtesy of the rich decrees what the multitude of the wretched are to lose. They themselves in no way feel what they levy.[2]

In this way, the rich elite were taking from the poor, from the needy, instead of supplying what they could give for those projects which they would have received the benefit. St. Salvian said that as they had the resources and means, they should be the first to give; instead, the rich found that through their power, they could take from the poor and then use what they took from the poor to pay what they claimed was their own debt to the state:

Therefore, you rich men, you who are the first to levy, be the first to give. Be the first in generosity of goods, you who are the first in profusion of words. You who give of mine, give of thine. Most justly, whoever you are, you who alone wish to receive favor, you alone should bear the expense. But to your will, O rich men, we the poor accede. What you, the few, order, we all pay. What is so just, so humane? Your decrees burden us with new debts; at least make your debt common to us all. What is more wicked and more unworthy, than that you alone are free from debt, you who make us all debtors?[3]

Sadly, the lesson of the Roman Empire has been lost by the elite of today. They repeat the mistakes of the past, thinking they can burden the workers and the poor as they find every means to reduce their own debt to society. They lie to the public, saying that the poor needs to pay their fair share, that the poor workers can afford tax increases. On the other hand, they say the rich are paying too much, the rich with all the money cannot afford the taxes they pay, and so something must be done to lower the taxes on the rich. The poor, once again, are being made to pay the burden of the rich; they are being told they can do it, though the money taken from the poor means much more to them and their livelihood than the money the rich will be able to accumulate for their own. There is nothing substantial for the majority of Americans in the GOP’s tax bill; there is only a lot of feed for the rich so that they can grow fatter on their avarice.

Do not be confused by the rhetoric of this being the “biggest tax cut bill” in modern American history. While there might indeed be a great tax cut for the elite, so that they are able to accumulate billions if not trillions more for themselves, the average worker and the poor will receive none of the benefits of the cut, and indeed, will find themselves pressed to pay for it as they are told to pay more to society than the rich. The percentage of the wealth the poor give from their own income will increase as the percentage the rich give of their own income will decrease; there will be a net loss of taxes collected, making it a huge tax cut, but the only people who will gain from it are the rich who do not need the extra money to thrive. Indeed, of the rich, the lazy rich are the ones who will gain the most. Do not believe, moreover, that if they are given more wealth, they will just hand it out by making more jobs and giving greater pay to their workers – the last time that was tried, only the rich only got richer.  The poor either found their wages stagnating or dropping off, while the value of that income became less and less.

We must, therefore, reject the attempts of the GOP to hijack the little money the poor still have and find a way to redistribute the wealth, making sure wealth is once a just distribution of goods instead of being cut off and accumulated by the elite. If we do not do so, we will find society collapsing in upon itself, and the barbarians which come at our gates might not be as benevolent as they were at the time of the Roman Empire.

[Image=Paying the Tax by Pieter Brueghel the Younger [Public domain], via Wikimedia Commons] 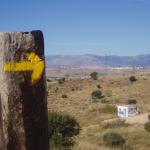 November 7, 2017
Mercy, Not Supernatural Signs, Is What We Need
Next Post 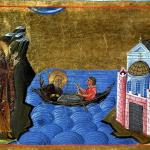 November 10, 2017 Reflection For The Feast Of Saint Theodore The Studite (November 11)
Recent Comments
0 | Leave a Comment
Browse Our Archives
get the latest from
A Little Bit of Nothing
Sign up for our newsletter
POPULAR AT PATHEOS Catholic
1

Apologies of a Pro-Choice, Pro-Life Catholic
No, I'm not going to offer expressions of remorse for outing myself...

A Thought On Mike Pence's Dilemma
It keeps getting reported over and over that Mike and Karen...
view all Catholic blogs
What Are Your Thoughts?leave a comment
Copyright 2008-2020, Patheos. All rights reserved.