Trump, Cozy With Duterte, Should Serve As A Warning Sign Of Things To Come 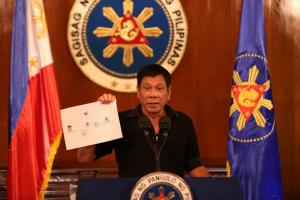 In the Philippines, President Duterte has engaged a brutal war against drugs, violating human rights and destroying the lives of many innocent people. Duterte said that he would win the war “by any means necessary.” He wants to look like he is in control, full of power, and the drug war is a way to demonstrate his authority to the rest of his country. He can look like he is fighting a real problem, using that to justify his evil. Police state tactics always end up squashing innocents more than anyone else. The cost which society has to pay for the pretense of law and order is too high. There is no real law in charge when it rejects social justice and the rights and dignity of the human person.

The Catholic Church in the Philippines, therefore, has routinely criticized and rejected Duterte’s actions in his war on drugs. Police are often put on the spot, being forced to comply and follow Duterte’s brutal desires, and so the Church has reached out and said it will work with and help those police who are willing to speak out and resist the President’s orders. Chaos has ensured in the Philippines, with the Church finding itself having to take an active role in resisting Duterte, risking life and limb for the sake of true justice during his “reign of terror.”

When President Trump met with Duterte, he showed no concern about Duterte’s human rights abuses. Duterte, who has boasted about killing others with his own hands, received no public rebuke by Trump.  Instead, in a rather jovial mood, Trump seemed to be enjoy his time with Duterte, flattering him, saying that he had a great relationship with the president of the Philippines.  Indeed, in a joint statement issued between the two nations, it looks as if the United States supported Duterte’s efforts:

The two sides discussed the ongoing campaign in the Philippines against criminality including illegal drugs. Both sides acknowledged that illegal drug use is a problem afflicting both countries and committed to share best practices in the areas of prevention; enforcement, including capacity-building and transparency in investigations; and rehabilitation.

Is this statement an indication that Trump is willing to consider and employ Duterte’s methods in the United States? Before his Asian trip, Trump had already assured police he would stand by them if they violated human rights in the way the arrested suspects (who may or may not be guilty). Thankfully, many police have countered Trump’s authoritarian desires, but it is also clear, many favor such a response, some of them being police, other being politicians who want to use the police for authoritarian purposes.  This goes with other authoritarian polices which Trump has enacted, such as his discriminatory travel bans which the Church officially has spoken out against, and his promotion and defense of those who have been charged with human rights violations, like Sheriff Arpaio. He longs to use force to make others bend to his will, taking revenge on all who oppose him in a way all too familiar with third-world dictatorships.

The Church must look at what Trump is doing; it must speak out against the injustices he is promoting; it must look at those who Trump is willing to ally himself with, such as Duterte, and prepare for what this might mean in the future. The Church needs to see the first year of Trump’s presidency as prologue. It is likely that the more Trump is challenged, the more he will seek revenge; we must be concerned that Trump might even go full scorched earth in his policies if he does not get his way. And yet, knowing what we face, we must act and speak out. Those who would call it partisanship for the Church to oppose Trump’s injustices while promoting Trump’s former aids, must likewise be denounced as promoting political agendas which are not in union with Christ’s teachings; they must be understood as promoting their ideological agenda, not Catholic justice, as a trojan horse or “gateway drug” for a position which runs counter to Catholic moral teaching.

Catholics in America are in for a rough time. Many so-called sources of news and spirituality have been ignoring and rejecting the Pope for quite some time. They, like Trump, want an authoritarian, no-mercy attitude towards others; but this is never what the Church was intended to be like. It is a field hospital, working with those who are spiritually wounded. Emergency situations will require prudence; rigid rules will not be able to deal with pastoral necessity. They might help direct us to the norms, but we must remember, all such norms are meant to help us, not hinder us by excessive legalistic enforcement. Likewise, with the mercy we want for ourselves, so we must promote for others; we must look for and promote the common good and not just the individual good of a few who feel superior to everyone else due to their wealth. 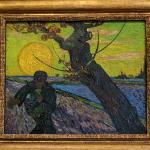 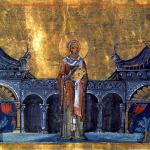 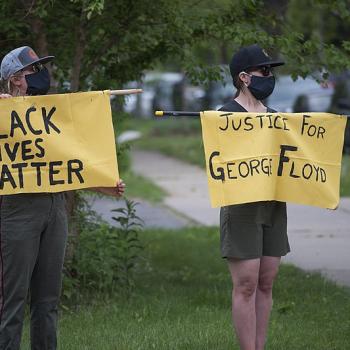 Catholic
George Floyd, Systematic Racism And The Need To...
A Little Bit of Nothing 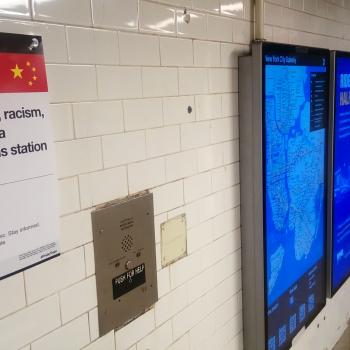 Catholic
Injustice, Racism and COVID-19
A Little Bit of Nothing
TRENDING AT PATHEOS Catholic