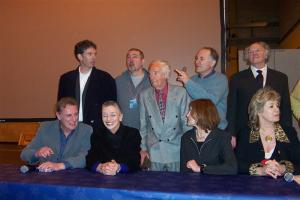 Forty years ago, the classic science fiction television series Blake’s 7 had its debut. The series has often been seen as the British response to Star Trek, not by repeating and doing things like Star Trek but rather by offering a critical response to Rodenberry’s utopian vision of the future. Instead of having a benevolent Federation of Planets seeking to bring peace and prosperity to the galaxy, the Earth Federation of Blake’s 7 was an oppressive authoritarian regime which brainwashed its population with drugs and propaganda, and used military force to squash any rebellion. Yet, as dictators have often learned, the tighter the grip, the more sand fall through the hand, so there were rebels fighting against the Federation.

As the series began, Roj Blake was once a rebel, only to have been captured and brainwashed by the Federation; through their power mind-altering technology, they first turned Blake into a spokesperson for the Federation, denouncing rebellion, then they had his mind wiped, his memories of his past changed, and he was kept alive by the Federation so he did not become a martyr. Some of his old allies found him, had him come to one of their meetings against the Federation, trying to remind him of his past. As this was being done, a Federation spy in the rebellion called in guards to take out the rebels; they captured Blake alive, who was beginning to remember all that had happened in the past. This time, Federation authorities knew they had to change their plan. They had Blake falsely denounced as a child molester, sentenced to exile on a prison planet. Blake’s lawyers, working to defend Blakes, learned of what the Federation was doing and how they did it; to protect the Federation, his were killed, keeping the truth away from the public.

It was on the prison ship that things would change for Blake: he would meet other outlaws who would become his allies as he started another rebellion against the Federation. As the ship was heading towards its destination, it came across a powerful, but abandoned, alien ship. Blake and other prisoners were sent over to check it out, to see if it were safe to be taken over by the crew of the prison ship. While there, Blake, with a couple of his allies, were able to fight off the guard which went with them upon the ship, and escape. Being given a powerful alien ship to help him in his struggle against the Federation, Blake went looking for recruits, first by following the prison ship to the planet it was taking the prisoners to, offering the chance for some of those prisoners to join him in his war against the Federation.

The show could be gritty; the show allowed a variety of characters with diverse motivations and moral qualities become heroes. Some died, and were replaced; even Blake was replaced as he was thought dead, and Avon, a man of questionable character, took on the charge of leading the rebellion.  At the time, some people described Blake’s 7 as being like the Dirty Dozen in space, but it might be better to compare it to the legends of Robin Hood or Outlaws of the Marsh.  The show was far from perfect; the budget severely limited what could or could not be done, and even then, the show stretched things beyond the limit, having some of the worst special effects for a show of its caliber; some of the scripts were great, but others were mediocre at best. It was the quality of the main characters and their interactions, as well as its ingenious serial like nature of storytelling, which allowed the show to become a success despite all the things which could be held against it.

Today, forty years later, the show remains relevant. Indeed, in many respects, it is more relevant than ever before. We can see it as a warning of what is happening in the world, especially in relation to the United States. The best moral qualities of the United States were represented in the Federation of Star Trek, while the reality of its evil is best represented by the Federation of Blake’s 7. As the evil increases, the connection between Blake’s 7 and its warnings of a dire future for humanity becomes more acute.  That which has deemed itself as a force for good, which often did good despite its dark and dangerous, indeed evil, underbelly, has now dropped all pretense of the common good and has shown itself to be selfish to the core.

America First is not a Catholic option, as Rebecca Bratten Weiss wrote.  It is a call to power, used to justify any evil the United States does out of nationalistic self-interest.  It promotes selfishness as the moral arbitrator, using egotism and its promotion of the self against all others to be king of the hill. Once this nationalistic heresy is accepted, then its consequences become accepted. It is no longer merely about America First, it is about everyone for themselves, everyone is able to look out for “number one,” and if it means harming someone else to stay on top, that is just collateral damage and not worthy of consideration. This then explains how the elite use it to keep control. They are on top, so they can do all they want to stay on top; anyone to undermine them is said to undermine their liberty: who cares if their liberty is at the expense of the multitude?

America First quickly shows what it is really about: the rich and powerful first.  Once again, this reality has always been there, but now the rich are able to cast aside all of the regulations which put them in check, declaring them to be hampering the success of the United States. Since the rich are now the real heirs of the policies of the United States government, in a way they are correct: to regulate the rich is to undermine the United States as it is today, but when the government promotes the rich at the expense of the poor, then to hell with the government. When people suffer so that the American Elite can gain, and this is what America First is about, to hell with this new America. It is no longer a land of justice.  This is why  the latest heist, while burdening the majority of Americans, is spoken of benefiting America and promoting liberty: those who have the power receive the liberty. Americans were warned that the tax bill would create a budget deficit; at the time, that was ignored by the elite; now it is returning with a vengeance, and the elite, concerned about the deficit, find they must make a sacrifice to continue their ascent towards money and power: the poor. The deficit now will be used  to justify burdens upon the poor: the rich go laughing to the bank as the poor are told they have to expect a reduction of what has falsely been called “entitlements,” that is, the safety net for the ordinary American which justice decrees as necessary for a health society.  The poor are being told to pay for the cake of the rich by giving up their daily rations. Many will die as a result.  But, as the elite say, America First! Anything which would put a burden upon the rich, including just expectations for the goods and services which the provide for pay, is being denounced as hindering America. They are the true Americans, anyone else does not matter. They can go, suffer and die. Indeed, this is what we see happening with the deregulations coming from the government: nursing homes are now free to return to the barbaric treatment of their residents without fear of governmental intervention. This inversion of justice cries up to heaven.

Now is not the time for indifference. Now is not the time to shrug off the continued onslaught against justice by those who would be promoting it. Those of us who live within the United States will be affected by the sins promoted by our government; sin has social consequences, as St. John Chrysostom explained about the sin of one Christian affects the whole church:

Do not tell me he alone sinned, but me mindful of this, that the danger is like a rotten wound which spreads to the rest of the body. Just as when a house burns, the ones who have not yet been affected by the evil hurry and do all they can, so the fire in all its fury and speed will not come to their doors, in a similar manner, Paul excited them with this imagery saying: ‘It is like a certain fire; let us prevent the disaster; let us extinguish the conflagration before it seizes the Church. If you are indifferent about the sin because it was committed in another body, this is very bad, because the one who sinned is a member of the whole body.” [1]

People are affected by the actions of others. There is no individual sin which has only individual consequences; we are tied together with many different relationships with each other. The consequences of this new nationalism emerging in the United States is going to affect us all.

When injustice rules, outlaws will become heroes, and rebellion will be seen as the true good.  Blake’s 7 reminds us of the power of the government to create fake news, to destabilize and destroy people who contend against the rich and powerful. Blake’s 7 also reminds us of how a militarized police force which will be employed to squash rebellion. We see this forming before our very eyes today. Today, we need a new Robin Hood, a new Song Jian, a Roj Blake willing to fight for what is right, working with the poor and oppressed (who have become criminals by their poverty) in order to resist the social structure of sin which has been put in place. It will take someone who will be able to handle the character assassination that comes from such rebellion; it is not an easy task, but the time is now for that person to rise so that the new evil empire in the making can be squashed before it is too late. 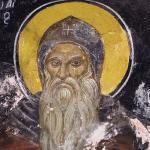 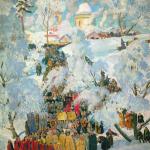 January 5, 2018 The Light Shines
Recent Comments
0 | Leave a Comment
Browse Our Archives
get the latest from
A Little Bit of Nothing
Sign up for our newsletter
POPULAR AT PATHEOS Catholic
1