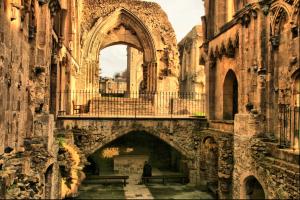 Positive theological reflection, kataphatic theology, begins with foundational declarations about God, such as statements which indicate his majesty and power. They are to be given in a form which the audience is expected to understand.

Then, after establishing a common foundation for theological discourse, those following the way of kataphatic theology pursue, through discursive logic, the ramifications of its foundations. They seek to derive secondary principles founded upon the first ones with which they began. Finally, they take what has been developed, and seeks to further clarify what has been said, making it easier and easier for those who are not so educated to attain some sort of better apprehension concerning the truth of God.

Positive theology embraces not just intellectual or rational explanations for God, it also embraces the imagination to explore the sensible world in order to find fit metaphors which can be used to represent God. Positive theology, therefore, embraces all that is in the world. It searches out how we can see and find God in all things, even if what we receive is not God as he is in himself, but God as he is mirrored or imagined in the creative mind of a theologian. Theologians properly accomplishes their task so long as they remain faithful to what they apprehend of the truth. If, however, they let their imagination take them away from that apprehension and attaches itself to the lower forms of representations of God. then they turn what can be a useful tool into an end in and of itself. Idolatry quickly follows such undue attachments to lower representations of God, as they become understood as epitomizing God univocally instead of analogously.

Apophatic theology reminds us that the various forms and representations which we use to represent God are different from God and are not to be seen as univocal with God. It is the path of denial, denying what is said about God because God transcends what is indicated by those declarations.  As a way to get their audience to understand what this means, apophatically engaged theologians often begin with crude representations which can be found in Scripture or other theological literature, examine them, and show how and why God transcends what is suggested by those representations. If God is said to be drunk, for example, apophatic theologians will deny God being drunk before finding an explanation for why that analogy was used for God.

In this fashion, apophatic theology is said to ascend through abstractions, first denying, or taking away from our imagination, what is clearly furthest away from what God is in himself. Then it says no to other, more subtle statements, showing how and why such declaration still differ from God as he is in himself. It continues to do this until it demonstrates how and why all words fail to reach God, leading us to deny their univocal application to him. This is done for two reasons. First, theologically, it reminds us of the incomprehensible nature of God, how he transcends our intellect and all that we can say or think about him. Secondly, and perhaps more importantly, it then suggests an experience of silence, where we engage God and seek union with him in that silence. Knowing why our thoughts will keep as far from God, when we seek to meditate upon God, we will follow apophatic theology and deny all thoughts and words about him. We will do this so that we can encounter God in that silence instead of putting a veil of words which cover up God and hinder our union with him.

It is as if we are following a map; the further away we are from our destination, the more ways we can come from to get there, but the closer we get, the closer all those ways come together until they converge and become one with the destination itself. The closer we get to God, the more have left behind to reach our goal. We begin far away from God and move forward, each step in a way denying the place which we stood before, saying that it is not our goal. And so, as Dionysius said, as we seek to ascend through apophatic theology, we begin where we are at and ascend, starting at our lowest position and arise from there, taking away from our representations of God all that he is not, until we reach God himself:

But, for what reason in short, you say, having attributed the Divine attributes from the foremost, do we begin the Divine abstraction from things lowest? Because it is necessary that they who place attributes on that which is above every attribute, should place the attributive affirmation from that which is more cognate to it; but that they who abstract, with regard to that which is above every abstraction, should make the abstraction from things which are further removed from it. Are not life and goodness more (cognate) than air and stone? and He is not given to debauch and to wrath, more (removed) than He is not expressed nor conceived.

When we realize the limits of kataphatic theology, even if and when we appreciate it and its use, we will want to explore what lies beyond it so as to attain the truth of God as God is in himself. We want God and not just some representation of God which points to the truth of God. But to get there, we first need to know that God is and God is great, and so we are taught in our spiritual formation all kinds of positive theological formulations which represent and point to the truth. What we start with can be said to be true insofar as our words express an approximation of the truth in human conventions and we remember that is all they are. We use our mind, our cognitive abilities, to reflect upon that truth, and receive derivative insight from our reflections, affirming once again, the greatness of God. However, we must begin to see the limits of such theological reasonings, to know that it is all derivative in nature. We explore all the stories which we have been given with their metaphors for God and discern through them which metaphors are inferior and which are superior. Then, having done that, we can ascend beyond the inferior forms, taking the intended truth implied within them, as we accept and address superior metaphors and approximations concerning the truth of God. Then, as we will see how they also fail to represent in themselves the fullness of God, we will move away from them until we arrive at God who is beyond all theological reflection, positive or negative.

Thus, Dionysius said, we can begin with air and stone as representations of divine nature. Stone can show us the sturdy strength which we see equated with God, while air can be seen to represent the immaterial reality of God’s nature. But, as Dionysius said, as we reflect upon qualities of God, we can see that life and goodness as more cognate to God than air and stone. Then we deny the coarse notions of air and stone as we grasp after and accept life and goodness, as being better representations for God. But then, we will find out, they do not properly express God. They are, in themselves, merely qualities of being which come from him, so they too will need to be abstracted away if we are to seek after God as he is in himself.

And so, as St. Albert commented, “negation rests on separation or unlikeness.”[1] The procession first negates what is most unlike God, journeys to what is more like God, sees it is still unlike God, denies it, journeys further, repeating the denial so long as what we find is not God, until all we have left is God. We will find ourselves constantly denying what we have previously affirmed, keeping, however, the intent which lie with such affirmations. We are not nihilists, and our denials must be from the perspective of the transcendent difference between God and what we deny. This is why we can understand, use, and accept affirmations for God, realizing their value as a way to make sure we do not become nihilists. We do not deny them to deny the Christian faith, but to affirm it.

Dionysius did not think all discussions about God are equal; the better the approximation to the truth of God, the higher the theological formulation and better the reasoning which comes from it. The Christian faith, coming as it were as direct revelation from God with words inspired by God, therefore, serves as the highlight of positive theology. The truth is found in the Christian revelation and so is said to be true, though the words themselves only hint at and affirm the greater truth which is to be had in our union with God. We affirm, deny, then find ourselves transcending all such affirmation and denial, because denial itself is composed of words; we will find ourselves attaining the truth not in words but in that union with God which is a union beyond words as we come to God in silence. 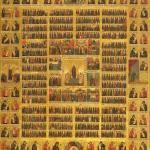 May 25, 2018
All Saints: The Celebration Of The Kingdom Of God
Next Post 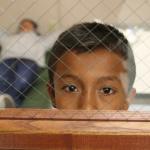 May 30, 2018 You Shall Not Wrong A Stranger Or Oppress Him
Recent Comments
0 | Leave a Comment
Browse Our Archives
get the latest from
A Little Bit of Nothing
Sign up for our newsletter
POPULAR AT PATHEOS Catholic
1

Bible vs. the Reformed Doctrine of Limited Atonement
[see book and purchase information] The following is from chapter 11 of...
view all Catholic blogs
What Are Your Thoughts?leave a comment
Copyright 2008-2020, Patheos. All rights reserved.