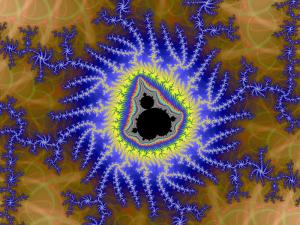 There is no comparison between God and his creation; comparative predications which can be used to describe God in kataphatic theology are to be denied when God is apophatically engaged. The reason why Dionysius found it important to state that God is neither equality, similarity, inequality nor dissimilarity is that in the Divine Names, he previously had affirmed their kataphatic use when he explored how Scripture employed them while describing God:

BUT since even the great and the small are attributed to the Cause of all, and the same, and the different, and the similar, and the dissimilar, and the standing, and the movement. Come! and let us gaze upon these images of the Divine Names, such as have been manifested to us. Almighty God, then, is celebrated in the Oracles as great, both in greatness and in a gentle breeze, which manifests the Divine littleness; and as the same, when the Oracles declare “thou art the same”; and as different, when He is depicted, by the same Oracles, as of many shapes and many forms; and as similar, as mainstay of things similar and similitude; and as dissimilar to all, as the like of whom there is not; and as standing, and unmoved, and seated for ever; and as moving, as going forth to all; and whatever other Divine Names, of the same force with these, are celebrated by the Oracles.[1]

When Scripture used any of these characteristics to describe God, they become names which can be used to identity God. They can be affirmed so long as it is understood that they serve as conventional truths which are used to apprehend God. They have relative value in relation to us and our attempt to describe God. As we affirm them, we affirm the value of analogical representations of God; when we use analogies, we find ways to compare something to God while ultimately affirming his difference from that which he is compared. In kataphatic theology, God therefore is said to be both similar and dissimilar to something else, all that the same time, for that is what is being established through the use of analogies. However, Dionysius did describe the application of these comparative terms through their application for analogies. Instead, Dionysius explained, God is equal to himself, never changing in his immanent nature, while he is said to be unequal or dissimilar because our experiences with God will change, so that in his actions toward us, we find him to be dissimilar one moment to the next. And so, in talking about dissimilarity, Dionysius explained that:

… Almighty God is present to all providentially, and becomes all in all, for the sake of the preservation of all, resting upon Himself, and His own identity within Himself, standing, as beseems an energy, one and ceaseless, and imparting Himself with an unbending power, for deification of those turned to Him. And we must suppose that the difference of the manifold shapes of Almighty God, during the multiform visions, signifies that certain things are different from the phenomena under which they appear.[2]

When we try to reflect upon God in comparison to something which is not God, we begin to attribute characteristics of contingent being to God and end up misunderstanding God. Even when we speak of God being not similar to some particular being, we end up using various qualities of being by which we explain the difference. As these qualities of being cannot be predicated to God in the absolute sense, so God cannot be compared and said to be dissimilar to others in relation to them in the absolute sense.  And even if we try to suggest these comparative qualities are best used to represent something about God in relation to himself, they remain qualities which relate to conditioned being and fail to describe God as he truly is. For this reason, while Dionysius could and would affirm such qualities of being in relation to conventional discussions of God so long as they are understood to be used conventionally, when he engaged God apophatically, he knew he would have to overturn even the names of God given to him by Scripture. It was not a denial of the relative truth found in the conventions, it was rather, a denial of affirming such conventions as being the height of what we can know and experience of God as much as it was a firm reminder of the truth that God is always greater than anything we can say or conceive about him.

Apophatic denials, therefore, follow the spirit of positive theology, pointing us the way towards a better apprehension of God. When we deny something to God, it is not about making God less than he is, by making him look deficient, but rather, by understanding how the categories of being themselves imply a deficiency when used and therefore must be denied in order to preserve God’s transcendence. God is not numbered, though we can and will use numerical analogies to point out and represent in conventional form the unique transcendent and immanent relationship God has with his creation. God transcends all such categories as he forms within himself the foundation for those categories, allowing therefore equality and inequality, similarity and dissimilarity to be found in contingent beings, as Ficino expounded:

In God equality does not signify that He is compounded from various things, or finds Himself at any time to be different. It signifies His power and action proceed through all things with equal force (almighty as it is); and that He is the fountain of ideal equality itself, as the Platonists teach us, by whose participation subsequent things are made equal either in themselves or with respect to each other.[3]

Dionysius confirmed that his thoroughgoing apophaticism must be used to deny what is asserted with kataphatic theology. In doing so, he showed he could allow any and all terms to be used in a conventional sense while denying their applicability to God in the ultimate sense. What is important is to understand the intent behind such conventions; we must never over-literalize our conventions but understand they come with a limit. They point to the truth and so have the truth in them, but only because the implied meaning which is being pointed to by their use is the truth. We must not confuse the means by which we describe God with the meaning that is meant to be implied by that means. 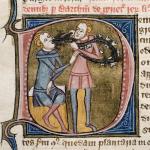 July 12, 2018
Decay: A Contemplation Inspired By A Trip To The Dentist
Next Post 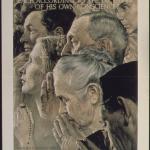 July 17, 2018 We Must Stand Up For The Religious Liberty Of Others
Recent Comments
0 | Leave a Comment
Browse Our Archives
Follow Us! 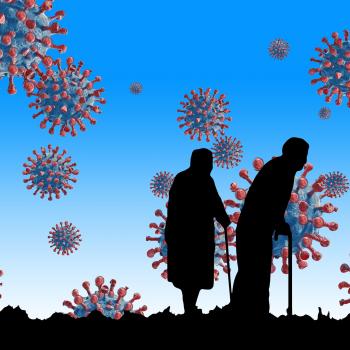 Catholic
We Are Not Being Judged By God With...
A Little Bit of Nothing
TRENDING AT PATHEOS Catholic