The sexual abuse crisis affecting the Catholic Church, the sexual abuse crisis affecting society as a whole (for we find abuse in government, in Hollywood, in schools, in other religious traditions, and in our families) must be seen as a crisis which requires everyone to work together in order to establish a just and proper conclusion. Neither the hierarchy of the institutional church, the laity, the media, nor the secular government, can solve the abuse crisis alone. They must work overcome their aversion and mistrust for each other so that they can work for a common goal. They must set aside any other agenda which they put in front of the crisis, any other agenda that they want to use the crisis to address, and focus on the crisis itself. To be sure, it difficult to foresee that they will ever work together. Members of each group, each side of the equation, have interests beyond the abuse crisis which they want to address as they use the crisis as a tool to address their other goals. This means the crisis and those who have been abused, not just in the church, but in society as a whole are being used and abused once again, turned into tools for aims beyond their own well-being: they continue to be revictimized so long as their needs and interests are not seen as an end in and of itself.

The abused cry out, and justice demanded. Justice, of course, will never be justice without mercy and grace, but on the other hand, mercy and grace will never be mercy and grace without justice. Those who suffer from the hands of abusers need not only to be heard: they also need transformative healing. Victims of sexual abuse will never be the same as they were from before their abuse, but they can be comforted and healed, becoming strong but different from before. They can, indeed, be healed in such a way to become something greater than they were, that through the humiliation and suffering, they become tempered and become stronger, more resilient, more capable of promoting justice than before.  That this is possible for them, that good can be made out of such evil, should not be used to justify the evil: no one knows what could have been, what should have been, without the evil; but they need to be shown that whatever changes they have to endure, whatever transformation they have undergone, they do not, indeed must not let the evil which they suffered have the final say.

The various groups of people which come together to respond to the crisis must realize both that there will be no perfect, utopian world, so that any solution which is promoted will be imperfect, but also that the lack of perfection should not mean a lack of trying to achieve such perfection. We must strive for such perfection, doing what we can to arrive there, without accepting the excuse that we will never attain perfection leading us to inaction. To seek after happiness is to seek after perfection: we don’t stop seeking the happy life because we have yet to find it, so we must not stop seeking the proper response to the sexual abuse crisis which is all around us just because we have yet to find it. We can do better. We must do better.

Likewise, the various groups must not let the inaction, or distorted action, of the others, to divert them from seeking a common solution to the crisis. Without working together, any proposed solution will be imbalanced, indeed, will likely be used for the sake of other agendas. This is why we find many, especially those seeking scapegoats, look to people dealing with other concerns than their own with suspicion: they know how imbalanced the solution can be because they are after an imbalanced solution which gives them some desired goal as a part of the equation. There are many ways this can be seen. For example, those within the hierarchy of the church (or any institution, religious or otherwise) could either desire to mute all criticism and so hide the crisis which affects them, or else, they could see the crisis as a way to wield power against others, theological or political opponents within the hierarchy, using the crisis as a scapegoat for their power grab. The laity, similar to the hierarchy, could easily find factions splitting themselves apart from the whole, using the crisis then as a means to wage an ideological war against not only those in power, but other laity whose views differ from theirs: this is something we can see happening with various so-called Catholic media sources, where the crisis is being used to wage an ideological war against the Pope and other thoughtful, indeed, faithful Catholics seeking the best way to live out their faith in the modern world.  Secular governments, such as the one in the United States, often hears criticism from the church for its immoral laws and treatment of others, such as immigrants, can easily latch on to the abuse crisis as a means of subverting the Gospel’s call for social justice and reform within the government and its treatment of its people and those who come in contact with it. Likewise, history shows, secular authorities often view religious institutions as rivals: they are willing to engage a propaganda campaign to destroy their rival, instead of seeking its transformation into something better, and so will use the crisis, not to better the institution and help those within it, but to destroy it so as to destroy a voice which seeks justice in the world. Those within the media can and will take their own biases, using the bad which is done in and through the institutional church as a means of ad hominin attacks so as to suggest the church is wrong in issues which a particular reporter wants changed. Whether or not some of these other goals, other criticisms of the institutional church are justified (and sometimes they are, sometimes they are not), tying them together with the abuse crisis itself will subvert the crisis and turn it into a tool for something other than healing the wounded and making sure there will be no wounded again: the abuse, therefore, will not be properly addressed, and will likely become hidden again as the other concerns take center stage.

Because of the history of conflicts which exist between these various groups, it is understandable why there is so little trust between them that they find it difficult to work together for the common good. It will take time and effort, but they must put aside their differences and seek for the common good, each group offering what they can to the equation. The hierarchy of the church must work to stop the crisis, removing those who have caused harm as well as working with those who have suffered harm, giving preference to the victims and their needs. The laity must lift up the voices of the abused and challenge the hierarchy when they see the hierarchy has yet to properly deal with the crisis. The media must proclaim what has been done, offering insight in a way which only they can report. The government must prosecute those who have done harm. Likewise, authorities, within and outside the church, must discern what gives rise to the possibility of abuse, and what likewise, can be done to stop it before it happens. The hierarchy must be focused as shepherds, living for and working for the benefit of the church and not themselves; the laity must be willing to speak up when they see structures of abuse forming and demand they are dismantled when they are formed. The government must seek out how society as a whole has helped cause the crisis, to see the structures not only in the church but in society itself, have helped give rise to the crisis, and work to dismantle them, not just with the church, but wherever it is found, so that these structures cannot grow again. The media must promote informative research and display the results of that research so as to give those with power the knowledge they need to know as to what can and should be done.

The abuse crisis is all around us because the structures of sin have infected the institutional church. It is a cancer eating away the institution from within. The resolutions needed to cure the cancer will not be easy to find or implement, but it must happen. Like chemotherapy, there will be pain and suffering as the healing process begins.  But the resolutions must be put forward and executed with integrity. They need to be done with people working together to deal with the crisis, and the crisis alone. The resolutions must be focused on the crisis and not any secondary goals. The church, the hierarchy and laity alike, need to work together, seeing that we are in this together. They church cannot ignore its place in the world, and so it cannot and must not ignore secular society and its just demands and expectations. The church and secular society must stop looking at each other as enemies, but rather, as two agents who must work together if we truly want the crisis to be dealt with. Until then, the response will be imbalanced, and the crisis will not be dealt with but left to fester, allowing it to be worse in the future. 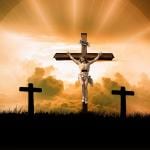 February 26, 2019
Defiled and Undefiled Willing: Exploring a Theme in St Maximos the Confessor and Yogacara Buddhism
Next Post 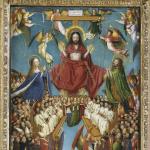 February 28, 2019 Eschatological Speculations
Recent Comments
0 | Leave a Comment
Browse Our Archives
get the latest from
A Little Bit of Nothing
Sign up for our newsletter
POPULAR AT PATHEOS Catholic
1 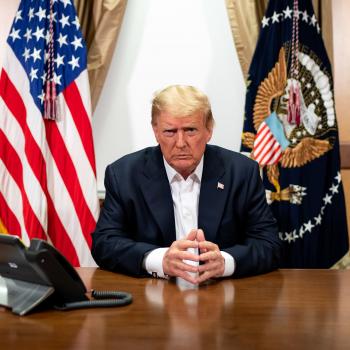 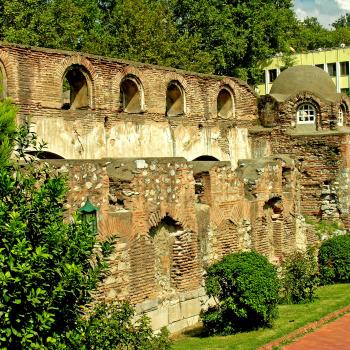 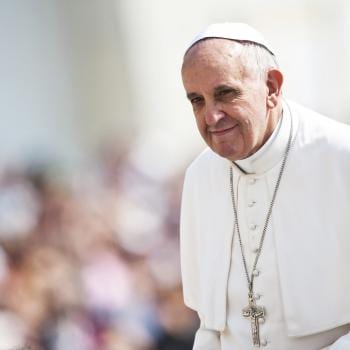 Catholic
Pope Francis, Fratelli Tutti, And The Death Penalty
A Little Bit of Nothing
TRENDING AT PATHEOS Catholic